Virtual reality and the future of journalism 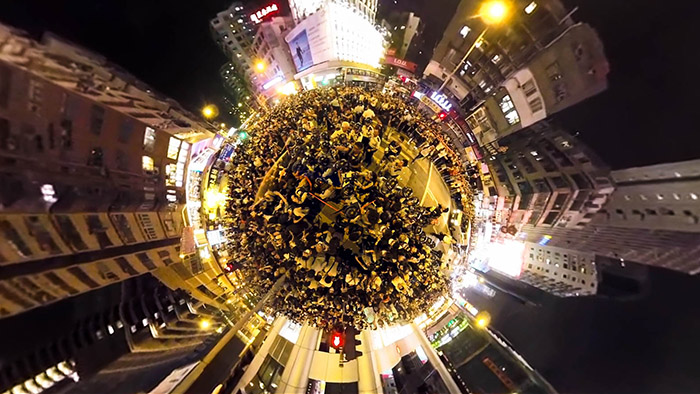 There’s an urban myth that during the showing of one of the first ever films, The Arrival of a Train at La Ciotat Station, the video of a train coming towards the audience caused them to scream and run to the back of the room.

While the truth of that story is debatable, it’s undeniable that film radically changed our lives and the way we consume media, completely revolutionising our understanding of how to experience content.

Now, virtual reality (VR) headsets could be poised to do the same, with headsets like the Oculus Rift that surround you in a virtual world.

There’s a lot of debate over the future of VR, and whether it will completely change everything, with many debating the merits of the format and the technology. Some, however, are already trying to build for VR to find out whether it can be truly transformative.

At the moment, gaming has been the most obvious case for VR, with other big areas predicted to include the medical field and social communication.

Film could also be a major area of VR use, but would require directors and screenwriters to completely throw out the rulebook considering viewers can look in any direction.

“Most people, if you put them in a VR headset and show them something really compelling, then they will take it off and say ‘Wow, that is amazing,”

With journalism, however, no one is really sure. In the nascent field of VR journalism there are few players, and those that exist are in their early days of experimentation, trying to work out if the medium actually enhances journalism, or if it’s just a gimmick.

Edward Miller, who specialises in producing video content for virtual reality headsets, produced one of the first pieces of VR journalism at Immersivly Ltd: “I think we were effectively the first company to produce a 360 degree video newscast of a live event in a narrative form like a documentary.”

The video, Hong Kong Unrest, shows 360 degree footage of the Hong Kong protest with an audio track of interviews with people there. Using an Oculus, you can look in any direction and see the protest as you hover above it – the footage was shot using a 360 camera rig held above the crowd.

At first, when I watched, it was like The Arrival of a Train, my breath was taken away by the fact I was hovering above this immense crowd, my mind confused as to why I was suddenly floating in Hong Kong. But it’s important to offer more than that momentary feeling and offer something deeper, says Miller:

“The goal was to produce an immersive documentary that had a story to tell at its core. Rather than just saying here’s some cool footage that show you how to use it, I wanted to have some compelling content that we just happened to have in this cool technology.”

Hong Kong Unrest does manage to do just this. In seven minutes, I felt more immersed and attached to the protest than after hours of TV news or newspaper columns. I could feel the mass of people, watch their struggle, and sympathise with their cause.

But as the medium matures, people’s wonder will naturally fade, so it’s important to offer more:

“I think most people, if you put them in a VR headset and show them something really compelling, then they will take it off and say ‘Wow, that is amazing, I’ve just seen the future,’ but there’s a problem with equating that with that being an experience they want to have again and again and come back to if it’s in their own house. I think that’s something we need to figure out.

“Are you going to watch the news on it, or just cool videos of people jumping out of airplanes?” 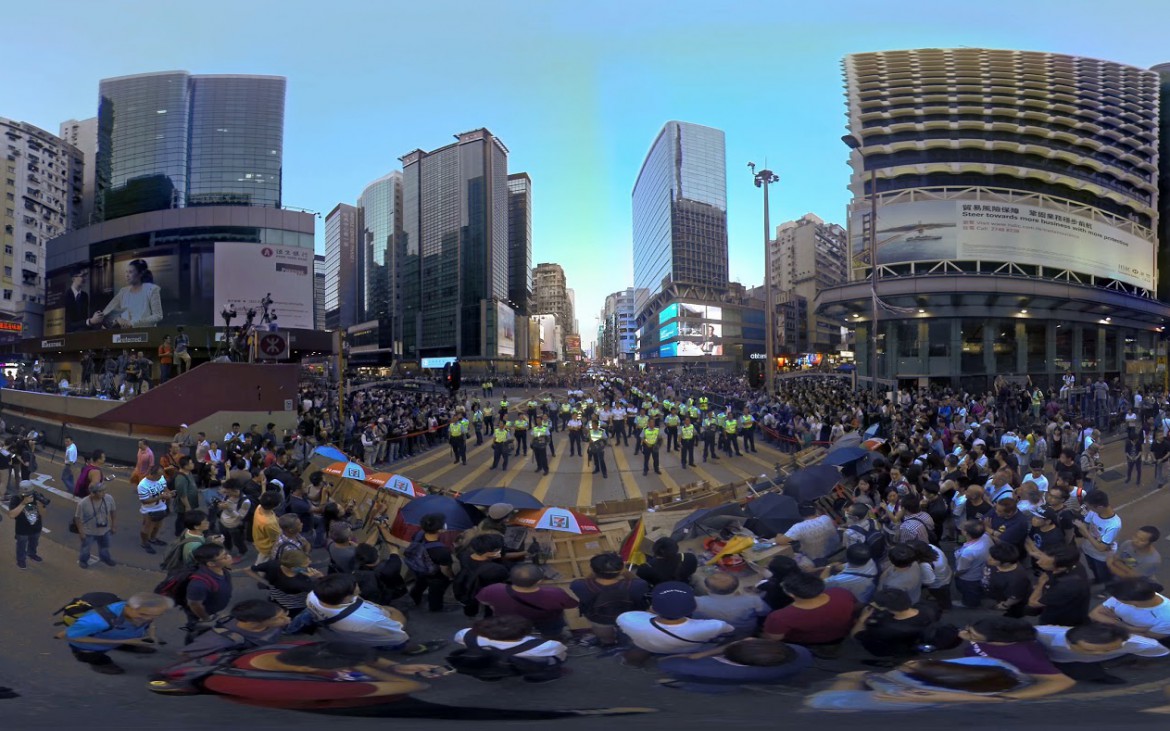 With the ever-hyperbolic press trying to convince people the future is certainly in VR, there’s a problem that people expect too much from the platform. It’s the same in the VR community:

“I spend most of my time around people in the VR community, and it’s really easy to be seduced by the passion in which people evangelise VR. They’ve been dreaming about it for the past however many years, reading books about it, about how it’s going to enable them to do so much more than their current technology allows them to do. So there’s a danger of getting confirmation bias, when you think something, and you only go and ask people who think the same thing, you hear the same thing.”

We need to appreciate the limitations of VR in certain cases. Take Hong Kong Unrest, and other 360 degree videos, for example: they are filmed from a real camera, so you can’t move around in the world you see, you are essentially looking through a bubble.

“I think the majority of video content in virtual reality will not be 360 degree video, I think it will be video that is composited into a computer generated space, or animated photorealistic models,” says Miller.

This means that people will be able to move their head and bodies as much as they want, and have the virtual world react accordingly. It’s the difference between stepping into a new world, or just sticking your head into it.

There are ways to make this feasible for a lot of video content: “One could photograph a model of a person in 3D, and, once you’ve got that model, all you have to really do is animate the face. You could have actors turn up to a motion capture studio, with their face filmed with a few dots on it, and match it up. That seems scalable, and I think that’s going to be really powerful.”

But this approach to creating VR video content won’t work for most documentaries or pieces of journalism. “There’s a difference between creating content from scratch and capturing reality, stuff that is filmed live. That’s why I’m looking into 360 degree video for journalism, which you can only really do as real. You’d always want what’s real.”

With the rate of progress in VR, perhaps soon Miller will be joined by a multitude of others all creating their own brand of VR journalism. “Ideally you want to get to the point where VR filming is about the technology as much as a photoshoot is about F-stops and aperture to the average person. It doesn’t matter.”

However, what does matter is what content these journalists create. Just like with any article, documentary or radio feature, its power can be abused.

“What happens when you take a virtual reality video set up and you follow around a team of IS in Syria. What does that do to you? Because you’re so immersed in it, does that generate a connection between you and that person. You’ve got to think, is that a good connection to have, or is it a bad thing to have?

Stanford University’s Virtual Human Interaction Lab has begun to look at how being ‘in someone’s shoes’ in VR can be used as an ’empathy machine’ to relate to the virtual person whose body you inhabit.

Equally, with a 360 video “you can’t help but empathise with the person next to you. There’s a massive power for what you choose to do with that.”

While it’s early days for VR, and even earlier days for VR journalism, it’s important to begin to think about its potential impact both on how we enjoy media, and what affect it could have on us.

The future, as ever, is coming, whether we like it or not.