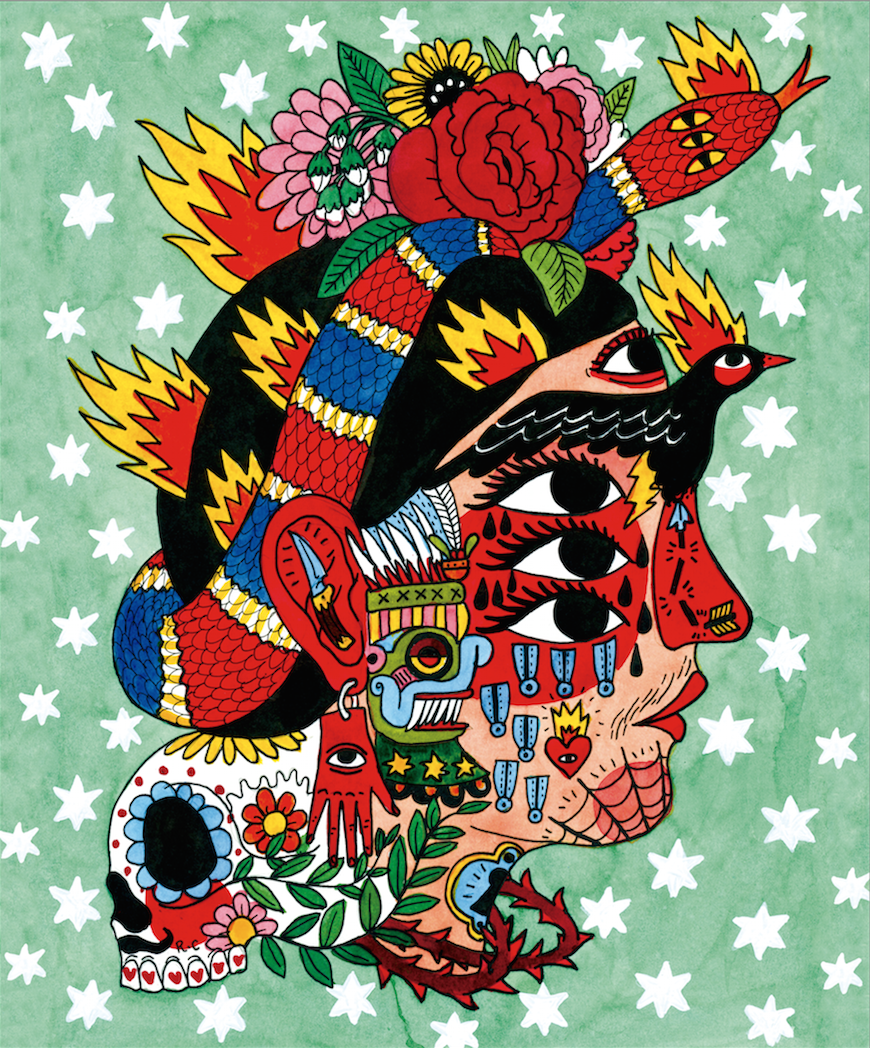 Ricardo Cavolo has led an artistic life, ever since he born in his father’s painting studio in Salamanca, Spain.

Now aged of 33 and working as an illustrator and muralist, Cavolo feels like he belongs to the art world.

“I was living with gypsies since the age of three. I’m sure this affected me creatively, and positively in my work,” he said.

Having worked for both Nike and Urban Outfitters, Cavolo’s vibrant drawings, reminiscent of old sailor tattoos, have been enjoyed around the world. Featuring the Mexican painter Frida Kahlo, his above illustration was created especially for Artefact‘s Therapy issue. 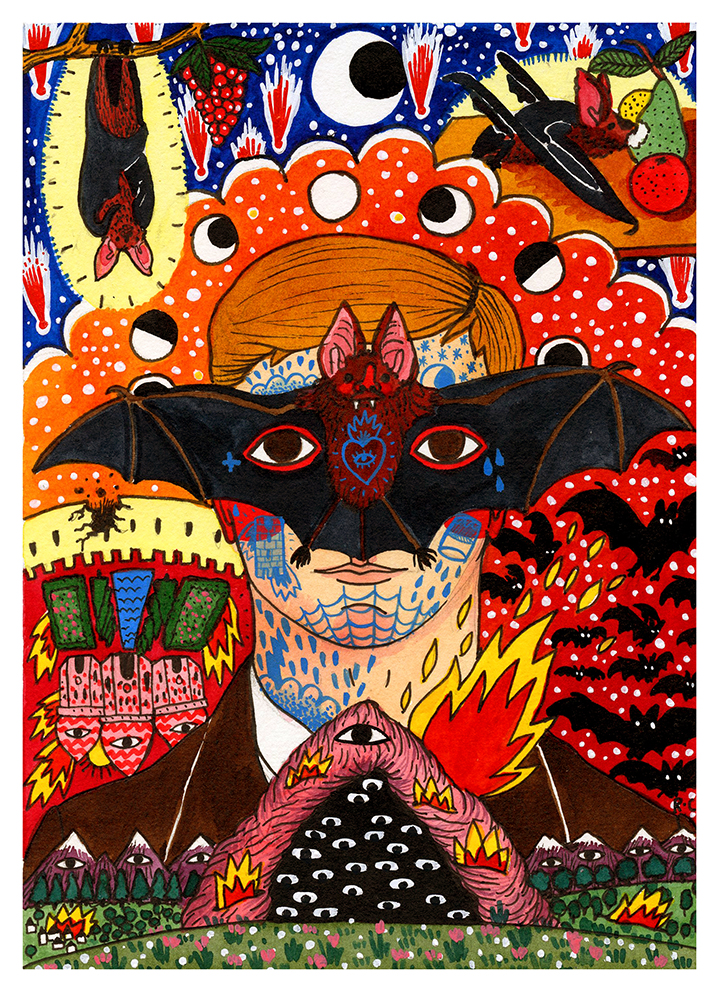 When asked why he draws Kahlo frequently, he said: “She was a very strong person, who lived with both the good and bad. She had big and strong convictions and was always loyal to them.”

Kahlo started painting after she suffered severe injuries following a bus accident. Then part of a volatile marriage to fellow painter Diego Rivera, she became a powerful feminist icon and one of Mexico’s most famous painters.

“I like Frida as a person and Frida as an artist,” said Cavolo. “She had her own way of explaining life through her art, and that’s not so common. She had so many ghosts inside of her, and she used her art to remove them. She used art as a therapy.” 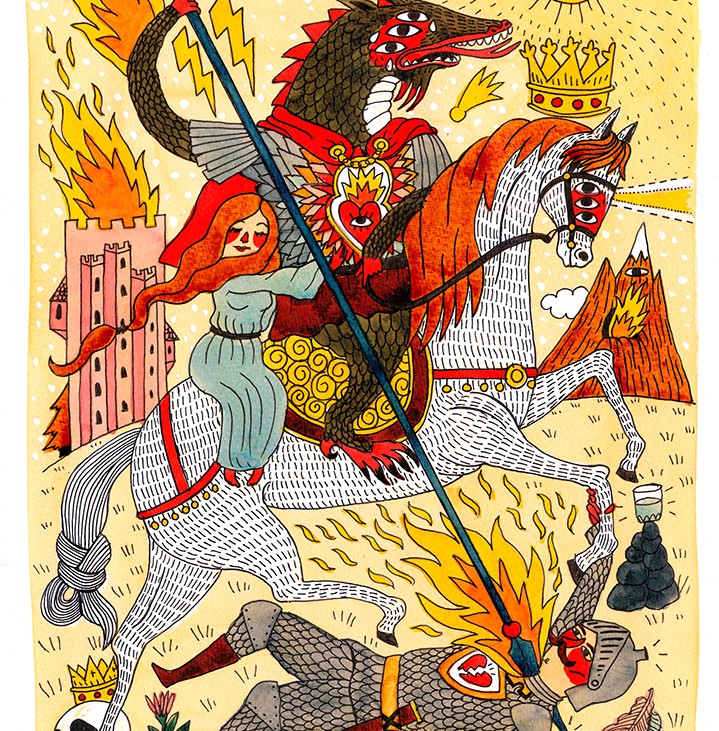 Cavolo’s new book 101 Artists to Listen to Before You Die will be released by Nobrow in March. Illustrations from the book will feature in an exhibition at the Atomica Gallery, 7 Green’s Court, London W1F, from April 23.