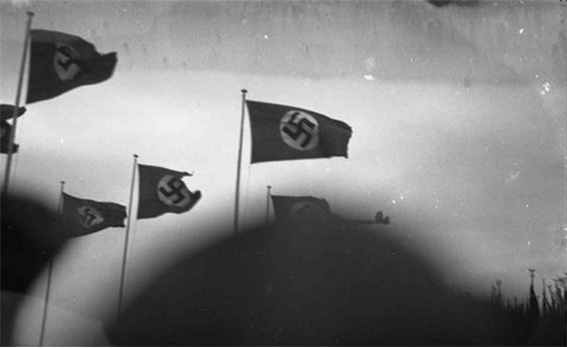 2015 marks the 70th anniversary of the liberation of the Nazi concentration camps. At Auschwitz alone, approximately 1.1 million people died.

The stories recounted by those who lived through the 20th century’s darkest hour are terrible, and the focus of the commemorations has understandably been on this dwindling band of survivors

But when speaking about the camps it is impossible not to consider those who actually enacted Hitler’s ‘Final Solution’ – the guards who gassed and murdered, the doctors who experimented on inmates, and everyone else that made the Holocaust possible. What became of them?

Some were sentenced straight after the war in the biggest and most famous hearings, the 1945-49 Nuremberg trials and the 1947 Auschwitz trial in Krakow, Poland. However, not all of the perpetrators were apprehended.

According to the BBC documentary Auschwitz: The Nazis & The ‘Final Solution’ in 2005, just 800 out of the 7,000 people working at the concentration camp stood trial. And that is only Auschwitz.

Even 70 years later, there are still many living Nazi war criminals who have never been brought to justice.

“They are just as guilty today as the day they committed their crime and they do not deserve a prize for eluding justice so long.” Dr Efraim Zuroff

Former SS member Sgt. Oskar Groening stands accused of collecting money and valuables from prisoners arriving into Auschwitz. In March 2014, the 93 year old was found fit for trial and charged last September as an accessory to the murder of 300,000 Jews. He goes on trial in April 2015.

He openly discussed his participation during another BBC documentary, Auschwitz: Inside the Nazi State, aired back in 2005.

Before 2011, Nazis could only be charged if found to be directly responsible for the deaths of people and tried for mass murder. But a new ruling has since enabled authorities to try guards and others for complicity in the Holocaust. It was under this 2011 ruling that an SS guard in the Sobibor death camp, Ivan Demjanjuk, was brought to justice.

The Nazi hunters responsible mainly comprise of Jews who have made it their life’s mission to track down the thousands of Nazis who escaped punishment for their crimes. The procedure is to conduct painstaking research which is then submitted as evidence that individuals were complicit in the Holocaust and are therefore criminals.

Dr. Efraim Zuroff, 66, is known as the ‘Last Nazi Hunter’ and is the Israel office director of the Simon Wiesenthal Centre, named after the world’s most famous and successful Nazi hunter.

His work for the US Justice Department contributed to a number of high-profile cases against former Nazis living in the US. and Zuroff is still actively looking for those who have yet to be brought to justice. 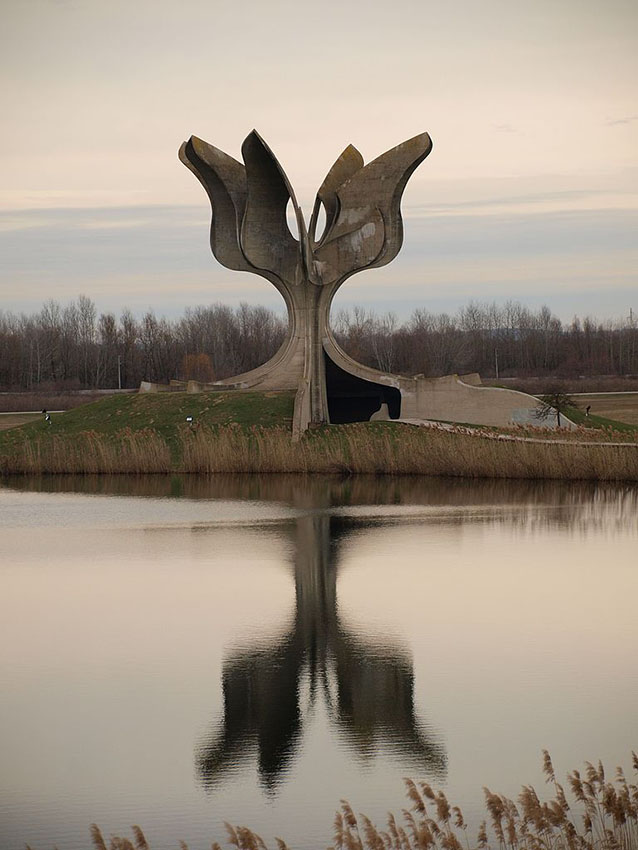 A stone flower monument built in the Jasenovac concentration camp in memory of the hundreds of thousands victims who lost their lives in the ‘Auschwitz of the Balkans’ [Flickr: jerry “woody]

Many of the Nazis they’re looking for have become highly adept at avoiding capture. Laurence Rees, a former BBC creative director of history programmes and an expert on Nazi Germany, explained in a video how hard it actually is to find former Nazis.

“In order to find one perpetrator, the person who pulls the trigger and shoots people, researchers have to go through the original SS records and trawl thousands of names and compare them against trial records.

“They’ve often have to go to the Russian archives to see whether any of them were prosecuted. Then they’ve got to go through phone books in Germany, trace relatives, and so on.”

The debate continues as to whether it is still worth pursuing Nazis. The majority of those involved are dead, so the argument goes, and those still alive are often found to be too physically or mentally infirm to go to trial.

However, Dr. Zuroff disagrees that the hunt should be called off.

“They are just as guilty today as the day they committed their crime, and they do not deserve a prize for eluding justice so long,” he wrote.

He points out in his latest report that in the past 13 years there have been at least 101 convictions, 91 new indictments filed and at least 3,000 new investigations of Nazi war criminals initiated.

Zuroff told Artefact that his most recent case is an investigation of 93-year-old Hielde Michnia, who was allegedly an SS guard at the Gross-Rosen concentration camp in Poland.

Earlier this year, the German authorities began an investigation into claims that she helped cause the deaths of 14,000 prisoners by forcing them to walk for miles in the depths of winter. Zuroff has found a potential witness and an expert to talk about this death march from the Gross-Rosen camp to Bergen-Belsen.

The Last Nazi Hunter said that his greatest achievement was the bringing to justice of Dinko Sakic, one of the commanders of the Jasenovac concentration camp in Croatia – nicknamed the Auschwitz of the Balkans – where approximately 100,000 people died. 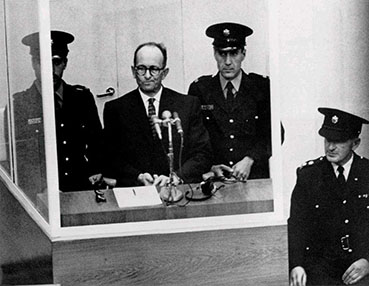 Adolf Eichmann on trial. He was found guilty of war crimes and crimes against humanity and hanged in 1962 [Flickr: The Huntington]

Over the past 70 years, there have been many famous Nazi hunters trying to bring justice to the ones who went free.

The most famous, of course, is Wiesenthal. Born in 1908 in Buczacz (now in Ukraine), he went back and forth to different camps during WWII and survived them all.

Once he had recovered, Wiesenthal started gathering evidence of Nazi crimes for the US Army’s War Crimes Section. He helped track down many of the Holocaust’s key perpetrators, including Adolf Eichmann, the architect and logistician for the ghettos and death camps.

He also traced Karl Siberbauer, the Gestapo officer who arrested Anne Frank, and Franz Stangl, the commandant of the Treblinka and Sobibor concentration camps in Poland.

“I have found the mass murderers I was looking for and I have outlived all of them,” Wiesenthal told Austrian magazine, Format, in 2003, two years before his death.

Tuviah Friedman is another famous Nazi hunter. Born in Radom, Poland, in 1922, he was sent to a labour camp in August 1940, from which he ecaped and returned to his home city.

The following year in spring he was imprisoned along with the entire habitants of the Radom ghetto. He remained in the labour camps until the summer of 1944 when he, again, managed to escape by hiding in a cemetery and joining the partisans.

In November the same year, Friedman was recaptured by the Germans. They planned to execute him but he killed a guard and, once again, escaped.

He later found a way of using a fake identity to join the Polish police as an investigative officer and managed to interrogate and bring many Nazis to court.

As well as helping to capture Eichmann, he also located former SS officers Konrad Buchmayer and Richard Sheigel, who were responsible for many deaths in Radom.

“Bringing these criminals to justice is to do my part in counteracting the evil of the Nazis.”
Dr Efraim Zuroff

Serge Klarsfeld and his wife Beate are also internationally recognised for their anti-Nazi activities. Serge’s father, Arno, sacrificed himself, allowing himself to be arrested in Nice in 1943 while his family hide in their apartment behind a false panel. He was later killed in Auschwitz.

The couple helped to capture the former Gestapo officer Klaus Barbie, known as the “Butcher of Lyon” for personally torturing prisoners while stationed in the city. They also helped to try Kurt Lischka, Ernst Heinrichsohn, and Herbert Hagen who were responsible of the deportation of Jews to death camps from occupied France.

Dr. Zuroff told Artefact that his mission will only be complete when every surviving Nazi war criminal has been brought to justice; after that, he will focus on the struggle against Holocaust distortion, as well as continuing the fight against anti-Semitism and the de-legitimisation of Israel.

“Bringing these criminals to justice is to do my part in counteracting the evil of the Nazis. Unfortunately, no one can bring any of the Nazis’ victims back to life, but at least we can try and bring the killers to justice,” said Zuroff.

The truth about my grandfather