Crowdfunded games: the best and worst 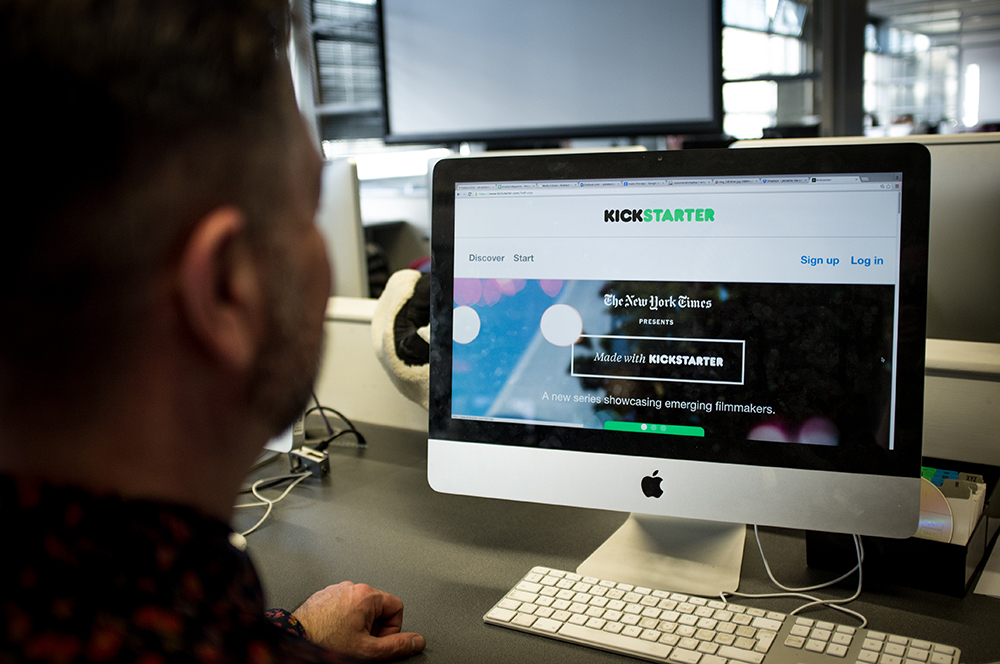 Crowdfunding can be said to be a minefield. For every great idea with promise out there, there’s bound to be five equally promising but unachievable concepts.

Kickstarter and similar crowdfunding services are places where the people decide what they want; a place free of stock market speculation and investment firm dependency.

Whilst this can be great for creativity and the revival of dead genres, crowdfunding lacks the security and certainties of professionally crafted investments.

As a follow up to our previous article explaining the perils of early access gaming, we shall do you the service of outlining eight of the best and worst games currently available for your consumption on popular crowdfunding sites and Early Access retailers, steering you towards the unpolished gems and away from the scams.

Being the most funded Kickstarter game in existence, it’s no surprise that Star Citizen made it into the list. Chris Roberts’ reimagining of his classic space simulator Wing Commander is set to have a massive scope never seen before, to the point where Roberts himself stated there’s no chance of the game ever being ported to consoles, as they simply lack the power to run it. As it stands, Roberts and his company, aptly named Roberts Space Industries, is slated to release the First Person Shooter module to tie fans over until the estimated full release in 2015. Rumours of the space simulator’s death were evidently exaggerated, with both Star Citizen and Elite: Dangerous putting on a strong show, making it safe to assume that this is only the beginning of a revitalisation of a great genre.

If you’re one of those people that felt Fallout Tactics was the pinnacle of turn-based wasteland survival, then you may be pleased to hear about Wastelands 2. Made by the very same people that worked on the Fallouts of old – before the move to first person gameplay – Wastelands 2 can be said to be the spiritual successor to the old Fallout games and the sequel to the original Wastelands. Once more, Wastelands 2 is utterly unforgiving, showing none of the ‘training wheel’ tendencies modern games use. You’re tasked with controlling a four-man squad through the wastes, where nearly everything is out to kill you. Along the way you will have to make decisions that have lasting consequences, affecting the outcome of the story all in order to discover the source of a mysterious signal and solve the murder of a fellow Ranger. Another feature to note is the soundtrack composed by Fallout‘s lead composer Mark Morgan, with accompanying tracks from Miracle of Sound.

Tim Schafer’s Double Fine studio seems to have made a living out of crowdfunding its projects, the highest profiled so far being Broken Age. A throwback to point-and-click adventure games, although slightly less obtuse, Broken Age‘s strongest point has to be its narrative. The player has the ability to jump between two characters simultaneously and experience each of their stories and the parallels between them. It has to be said: point-and-click has a niche demographic these days, so it isn’t for everyone, but given the success of the Kickstarter project, there is still enough support for such a genre, even if a lot of the support is attributed to Schafer being on the project.

Not to be confused with any of King.com’s mobile games, Banner Saga is something of a unique experience. At the core of things are RPG elements, but it’s the beauty of the execution that makes this game noteworthy. ‘Live through an epic role-playing Viking saga’ is the tag line for this game, and it’s quite accurate in that. The game heavily relies on story elements, with a lot of text that may put some off, but stick with it and you will fall in love with it. The little details in the art style and minimalist animations that accompany the scenes demonstrates how much care went into this project. Gameplay boils down to an isometric turn-based battleground, using a hand picked team of varying class and ability, and in standard RPG style each character earns experience to level up their abilities.

Another promise by Peter Molyneux never to be fulfilled. The original Godus, as the name implies, is a god game where you as the player manipulate the landscape to help cultivate your little civilisation and help it grow. It was a unique experience and quite fun. However, Molyneux’s reimagining of the classic god game illustrates just how deluded he has become after working on the Fable series. The new Godus has become a mobile game playing on the nostalgia of the old fans. It’s been in development for about two years now and since then has undergone a few revisions, but still seems far from finished. Earlier versions showed an aim to include micro-transactions in the game, allowing players to buy power. This was quickly revised following the backlash it received and since then nothing has really been seen or heard of concerning the game itself, set to quietly recede into the annals of gaming history.

Tactical shooters are rare things these days. We haven’t seen a new S.W.A.T. game for nearly a decade now, and whilst there is a new Rainbow Six game in the works, Ubisoft’s current work ethic makes everyone sceptical on the subject. When Red Sabre appeared, quoted as a call back to the old Rainbow Six and S.W.A.T. games, tactical shooter fans ate it up. What we got in return for our money was a poorly put together, bug-infested mess. The game is just frustrating to play – tactical games rely on you systematically eliminating enemies in a rapid and efficient manner before they have a chance to react. Red Sabre‘s enemies, for all intents and purposes, don’t react. The AI is so dumb, you would think they were simple cardboard cutouts, posing none of the challenges the typical tactical shooter fan is used to.

Star Forge is another case of a bad game developed by people that can’t take criticism. Voice your opinions on the site or Steam’s forums and you will probably get banned. A sci-fi sandbox with plenty of promise was a line that was believable several years ago, with reassurances of constant updates and such, it seemed like a good deal. Alas, the updates were sparse to non-existent and the general gameplay is lacklustre and trite. Star Forge can therefore be thrown onto the ever-growing pile of games that aspire to be like Minecraft with a difference. We can only speculate whether the game would have come true on its goals if the developers had been open to criticism and built upon the feedback provided. Instead they continue to shun all negative comments and the game continues to suffer for it.

Riding the wave of hype behind Bohemia Interactive’s zombie survival game Day Z: Infestation: Survival Stories snared gamers under the pretence that it would offer a similar experience to Day Z but with an in-game store, with which players could buy in-game items for real money. Plagued by hit detection issues and generally bad performance Infestation would have become a joke and left at that, if it wasn’t for the aforementioned micro-transaction system. Allowing the player to buy one-use consumable items for real money is a deplorable marketing technique, but wait – that’s not all. If your character happens to die with the items you bought from the store equipped, you would lose all those items you paid for, bringing a new meaning to disposable income.

How Sonic became a cultural icon

In the world of SEGA'S Beloved Character!