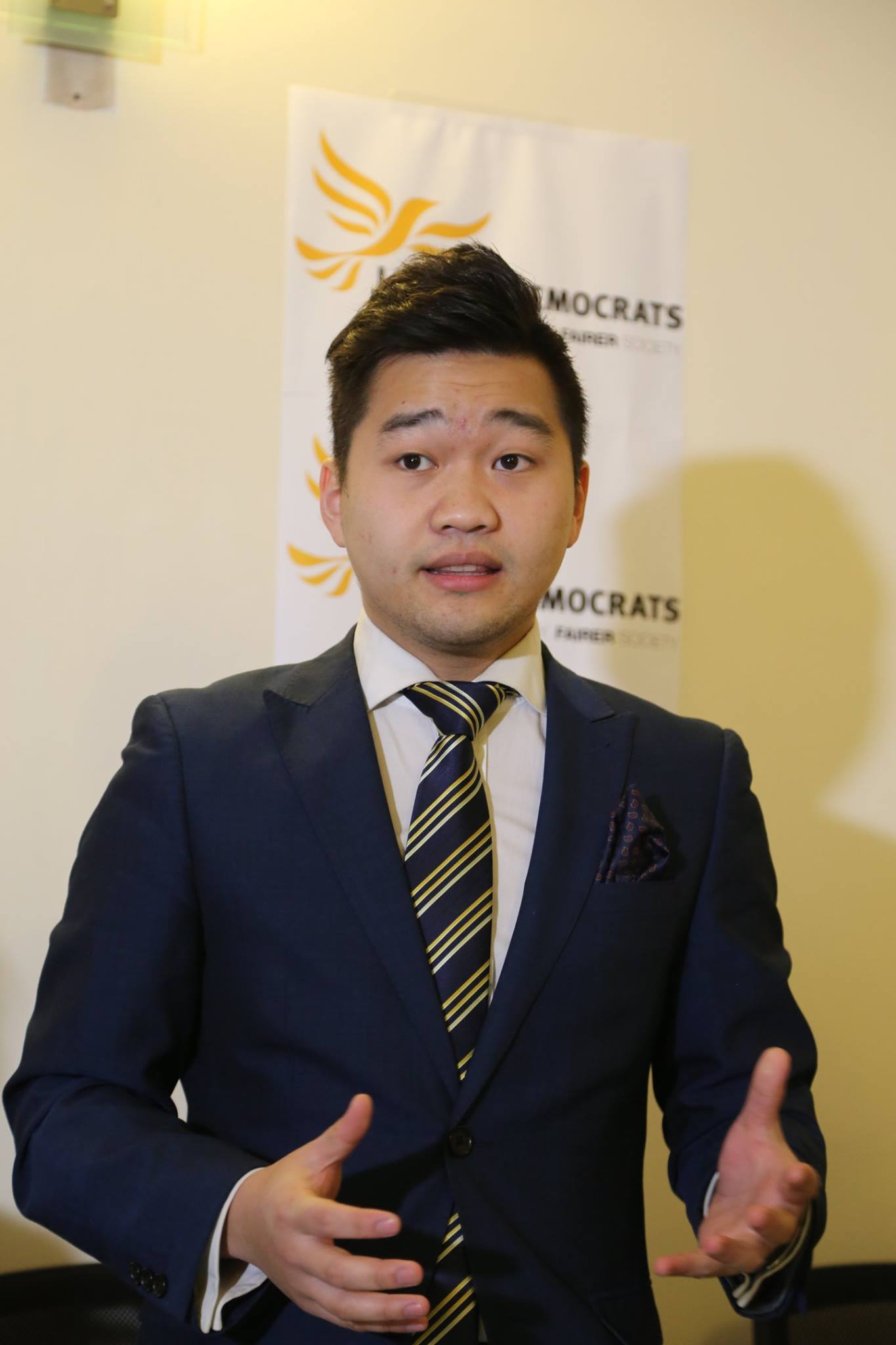 Those who love the UK the most were not necessarily born here; Steven Dominique Cheung is a prime example.

He migrated from Hong Kong to London at the age of 11 and is now a Liberal Democrat candidate running for Walthamstow at the general elections – if he wins, he would be the first ever Chinese legislator in Britain.

The 25 year-old, who is relatively new to both the country and politics, but having grown up in the area that has one of the highest youth unemployment rates in the country, he’s developed a solid base of support through his track record of local community work and intense support for ethnic minorities.

“Walthamstow was where I lived, where I grew [up] and where I made a real difference,” said Cheung.

“There’s a lack of opportunities. Young people struggle to get a job, just because they have relatively worse family upbringing and did not go to good universities. They lose hope and go to the wrong side … one of the bombers of the July [7/7] bombing actually came from Walthamstow.”

He points to some other problems associated with youth unemployment; such as the low quality of juvenile delinquency correction services, the growing number of teenage pregnancy, and more young people choosing to remain jobless for gifted council houses.

The reason why this young man – who is not only non-British, but born and partly raised outside Britain – is so passionate about the public affairs such as the local underprivileged community, is because he has had similar experience himself.

When Cheung and his family arrived London, they were not particularly well off. His father was a dim sum chef and mother was a cleaner. He went to what he calls the “worst school in the country” which was too poorly-funded to afford full-time qualified teachers.

Being the only Chinese student in all boy school, he faced discrimination, bullying, and culture shock.

After six months spent on adapting, Cheung was proactive in closing the culture gaps by bringing his father’s dim sum to school to share with his classmates.

He created activities like ‘cultural exchange day’ and even set up a student council, which was a relative rarity among state schools.

The local mayor visited the school one day and found Cheung’s contribution to the institution impressive. He invited Cheung to work for his office, and this led to more political career opportunities later.

Cheung had built a career profile on championing causes: he was an advisor of the bid for Olympic Games, the youngest candidate for member of the European Parliament in 2009, went to the G20 summit as part of the coalition team in 2010, he was a torch bearer of the London Olympic games and also the Olympic village mayor. He also worked in an investment bank for a while.

Nevertheless, he decided to give up all these titles and go back to work for his local community. 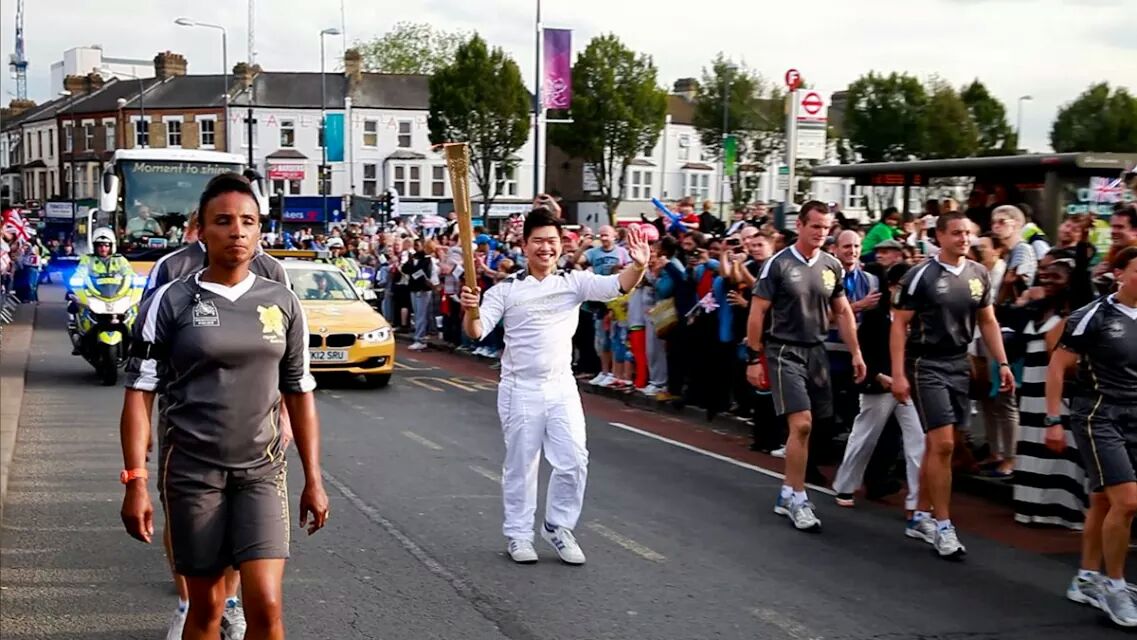 “I had so much opportunity within the establishment. But I think the establishment is not fit for the people. [The government] serve their own agenda. Some of the politicians are very disengaged from the reality and society,” he said.

After the 2010 election, only 4.2 per cent of MPs were from non-white backgrounds, compared with the 8 per cent of the UK population at the time of the 2001 Census of Population.

“Being a proud British is to put national interests before party politics,”

The current House of Commons hears plenty of voices, but not a diverse voice – at least not diverse enough to include a MP with a Chinese background.

Cheung also argued that the government use young people to work for them, using them as PR without really listening to their views and needs.

Therefore he decided not to receive the five-figure salary to be a paid politician. He went to study humanities at a city college, worked with an overseas charity organisation, and prepared himself to be a real activist.

Throughout the century, millions of immigrants have fought their way to the United States to pursue their dream job, dream lifestyle, or dream government, making America the most multi-cultural land and safest home to many new immigrants.

Cheung questions why such collective pride is absent in the UK: “I realised that when we face people outside, me and other expatriates, who are originally from places like Hong Kong, Singapore and China, are very proud of Britain; we have a strong sense of belonging here. But while we stay in the country, we feel society is fragmented. There isn’t a goal for everyone to make improvements together.”

This ideology was inspired by the Olympic Games, where he saw the whole country cheering for their home as its history unfolded at the opening ceremony in 2012.

It may seem similar to the “British dream” but Cheung rejects the “Little Britain” notion, pointing out that Britain, particularly London, is a place built by immigrants and that our political landscape ought to be more inclusive.

“What does it mean being British? What is our national identity?” Cheung explains these are the kind of questions often avoided by many politicians because the concern for votes have overshadowed the real concern for the government and the people, causing the delay of many important bills, such as Heathrow’s expansion, housing policies, and setting up national sovereignty fund.

“Being a proud British is to put national interests before party politics,” he concludes.

Education is about options

Cheung has a very different approach to further and higher education policies regarding traditional students’ groups whose manifestos are all about cutting tuition fees.

He argues having a degree from a leading institution and gaining a 2:1 is crucial to professional success, therefore being able to afford university is still not enough.

“I love this country. I love my constituency. I love the people who live in one of the greatest cities in the world.”

“I always believe there’s a plan B and plan C or plan D,” he said. “At the moment there isn’t a clear path for young people who can’t enter private schools and earn world-class qualification. If you are talented in music, art and sport, your opportunities are very limited.

Three years ago the Lib-Dems were hit by controversy after becoming part of the coalition that raised university tuition from £3,200 to £9,000, despite saying they would not do so during the election campaign.

Stating that the raise is “unavoidable” in order to ameliorate the education deficit as well as the fact that some compromises are necessary, Cheung is making a rare approach to work out educational issues.

To him, having more options is more important than being cheap.

Just like all the other candidates, Cheung understands this year’s General Election is a watershed in Britain’s parliamentary history, since the Westminster government is very likely to be multi-polar after May 7.

As a Liberal Democratic candidate whose party’s popularity has plummeted over the past office term, this election will be even more daunting for him.

However, unlike the others, this is just the beginning of a very long battle for Steven Cheung, who says he will continue to run for future parliamentary elections to keep up with what he has been doing.

He concluded, “I love this country. I love my constituency. I love the people who live in one of the greatest cities in the world.”

Enslaved by my own family

Red in a sea of blue

Jezza: The Rebel Of Our Time