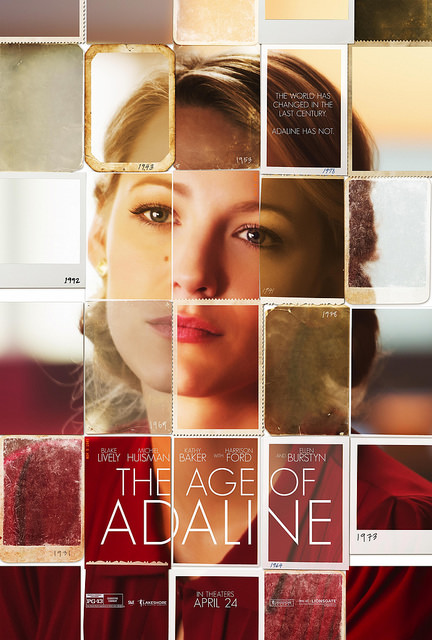 Lee Toland Krieger’s new film, The Age of Adaline (12A) is a drama focusing on a woman miraculously stuck in her late 20s for nearly eight decades – a well-kept secret in danger of being revealed by her rekindled passion for life and romance.

It goes without saying that ageless Adaline Bowman – played by the striking Blake Lively – is the center of attention from the first minute of the film, but there is more to it than expected.

If you are familiar with her well-known character in the TV series Gossip Girl, you would probably see this film as another pretext to put Lively into classy and sophisticated attire, but this is certainly her most significant performance so far.

The narrator reveals that Adaline, born in 1908, was only 29 when a startling event – a combination of a car accident, lightning and hyperthermia – stopped her from ageing.

She is therefore forced to change her identity every decade, living a solitary life away from her ageing daughter who has faith that her mother will learn how to live without being afraid to uncover the secret.

Her eternal life becomes more complicated once she meets handsome philanthropist Ellis Jones, played by Michiel Huisman, and spends a weekend with his parents (played by Harrison Ford and Kathy Baker).

This time we see Lively as never before, performing a more complex and challenging role. She is stuck in the past but also in present, with the wisdom of an old woman and the looks of a beautiful young lady. The big surprise though is Harrison Ford with one of his best performances to date.

At first, The Age of Adaline appears to simply be a mid-budget romantic flick, but Krieger’s new work is a sturdy drama with a bold and emotional storyline, which – when I saw it – managed to bring some members of the audience to tears.

Watch The Age of Adaline trailer below: