Acts of Resistance: Against Unpaid Work 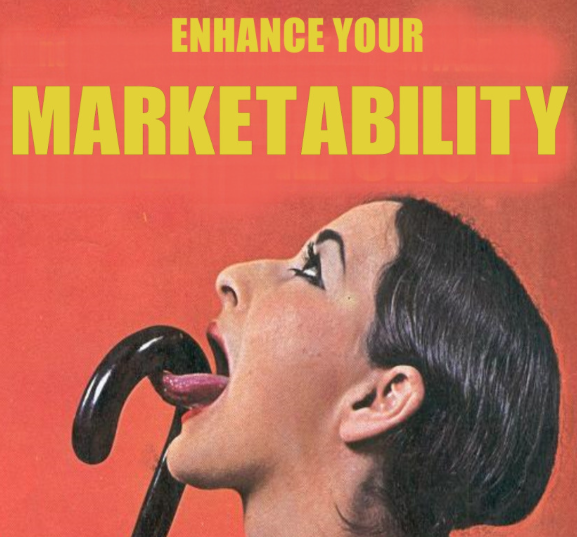 As a student you hear all the time about the necessity of work experience, that there is no other alternative and that you must go through the internship machine. But the internship system is flawed, with the use of naïve or desperate graduates as cogs to adjust the payroll to a zero sum. It’s time to fight back.

In the UK unpaid internships are illegal. Yet there are still thousands of interns working for free in a globalised labour market. The think-tank IPPR estimates there are 100,000 people working for nothing. There are no solid numbers due to the paucity of accurate data. The same vagueness applies to the concept of an internship.

The phenomenon has spread to all fields: media coverage of the use of unpaid interns within equal opportunities companies have helped those firms remember their supposed role model status.

In journalism, the New Statesman, Vice, and the Guardian have advertised unpaid position or used unpaid interns while being vocal campaigners for fair pay. In the arts, unpaid interns were found working long hours overnight for months, sewing clothes showcased for Fashion Week, in a sweatshop-like conditions.

In the charity sector, some were dazzled by the contradiction they were embodying. “I was working for a well-known international NGO on a project helping young people in poorer countries develop a rights-based approach to economic well-being,” says Lucas*, a 22-year-old civil society graduate living in London. And in finance, an intern died after working 72 hours straight during his summer internship in 2013.

Why are employers using our labour for free? There are two main reasons. One is obvious: profit-driven companies will always be happy to get work done for nothing. The other reason is called mimetic isomorphism: an HR practice where the main rule is to follow what other firms are doing to stay in the game.

If you are being given set tasks and set hours, you are considered as a worker and entitled to the national minimum wage. However, the intern has no legal status: this loophole makes him or her a perfect fit for employers getting free labour out of an insecure generation.

There is no more time available to debate whether we should work for free or not. Numerous statistics, reports, interviews, blogs and campaigns have made the case against unpaid internships. A book has even been written covering the exploitative use of millions of unpaid interns around the world. Popular culture seems to grasp the problem with more critical thinking than academia.

Universities are advising students to do as much work experience as possible to fit the labour market’s requirement, without much advice on employment rights or what constitutes an actual educational training programme.

‘Why should an employer pay for something ever again once it can be had for free? Every time young people scramble for an unpaid position, they reinforce the flawed perception that certain kinds of work have lost all value.’
Ross Perlin

The issue also lies with the students: every time you choose to take an unpaid position, you contribute to the elitist internship system. It’s not your talent and skills that got you the job, but who you know and how much money – your human capital – you can spend to be able to work for free.

Your decision has consequences for everyone else: low-paid internships, which quickly replaced entry-level jobs, are increasingly being replaced with unpaid work, now labelled ‘volunteer’ positions as a safe bet for employers – just in case an intern dares to go to court over his or her rights. However, changing the term doesn’t change anything if you’re doing real work.

“What we really need is for more former interns to come forward and claim the money they are owed by the company they worked for,” says Tanya de Grunwald, founder of the graduate careers advice blog Graduate Fog and author of How To Get A Graduate Job In A Recession.

“Especially if they worked for a well-known company, famous person or an MP. I would almost go as far as to say that those who have done an unpaid internship and can complain about it – now they’ve got a paid job, or have decided to go into a different industry – have a moral obligation to come forward.”

The social struggle of the intern is growing globally: in France since 2005 the campaign group Génération Précaire forced the French government to include internships – known as ‘stages’ – in the legislation as a result of continuous protests and direct actions against insecure posts and the misuse of internships.

“The state of unpaid internships in the UK was similar in France ten years ago,” says Vincent Laurent from the group. It started with a special employment contract brought by the government of Prime Minister Dominique de Villepin in 2006, known in English as the First Employment Contract (CPE), which gave employers the freedom to fire young workers for any reason during a period of two years.

“We started with fun protests like flash mobs at university libraries, high-end department stores and firms which were using unpaid interns,” Vincent explains. The movement led the government to work with the group to include the ‘stage’ in legislation: an educational training with fair remuneration for a limited period under the supervision of academia and employers.

Because the concept of an internship hasn’t been properly defined in the UK, it has different meanings for people. Some expect it to be paid while others don’t. Those who won’t ask for a financial remuneration have long accepted the free ideology – contradictory in its essence.

As Ross Perlin, author of Intern Nation, says: “In a society hooked on cost-benefit analyses, free is not part of the accounting; free isn’t taken seriously.” The dotcom boom rhetoric as preached by Chris Anderson in his 2009 book Free: The Future Of A Radical Price – when your labour can be exchanged with non-monetised things such as contacts, references or training – was deceptive.

Unless an economic revolution happened overnight, we still live in a world where the prices of goods, services and labour are determined by supply and demand – i.e. labour equals pay. There is no fair competition when workers are offering their labour for nothing.

The student has to do internships because there are no or few entry-level jobs. He or she can’t find any entry-level jobs because others are willing to do – as interns – the work of actual employees.

Going with the flow renders your work worthless, as Perlin explains in his book: “After all, why should an employer pay for something ever again once it can be had for free? Every time young people scramble for an unpaid position, they reinforce the flawed perception that certain kinds of work have lost all value.”

The biggest losers of the internship system are the non-interns: young people who simply cannot compete with those who can afford to work for free or less than the national minimum wage for an undetermined period.

If employers – including hypocritical charities – universities and the government are not going to tackle this unequal and unfair intershit system, who else will? As the internship boom started in the political realm, the myth of meritocracy and talent have become key brandings at a time when nothing matters more than how much capital –money, contacts and more money – you have or your family can give you.

Yet the slow death of social mobility must be resisted. Students need to get out of that miserable sphere of consensus, where they tacitly agree for others to shape their own future working conditions.

Divisions between neoliberal university management and students are sharply exacerbated with the rise of zero-hours contracts. It’s time for students, graduates and interns to organise and explore the system’s failure.

Refreshing progressive politics with students’ creativity is more than needed: start with PR coups. This is relevant in our time: there is more national media coverage of ‘tampon tax’ protests outside Downing Street than coverage of overriding social struggles such as rent rise, tuition fees or unemployment.

Social movements and protests are deemed obsolete, not sexy enough for the British media -including public service broadcasting – to report on matters of inequality, necessary for a healthy democracy.

Ed Miliband (now passé) and his pledge to ban unpaid internships last month were contested by – guess who – the business lobbying group the CBI. Its director said that government and firms should work together “to clarify the definition of what an internship is, how long it should last, and whether it should be remunerated.”

We have witnessed the ongoing lack of corporate social responsibility towards the young, and the intern stands in the corner of the labour market. Here is the narrative: the student has to do internships because there are no or few entry-level jobs. He or she can’t find any entry-level jobs because others are willing to do – as interns – the work of actual employees.

Whether the problem lies in more complex labour economics, such as the under-supply of students in very specific fields, or the over-supply of bullshit jobs in glamourised fields (journalism, politics, fashion), we cannot afford as a generation to give up what education and hard work is supposed to offer.

Social struggles are only won when the people concerned rise up: it is high time to claim back your rights.

Sara campaigns on internships as part of The Future Interns group

*The name has been changed to protect confidentiality.

Acts of Resistance: Against Unpaid Work