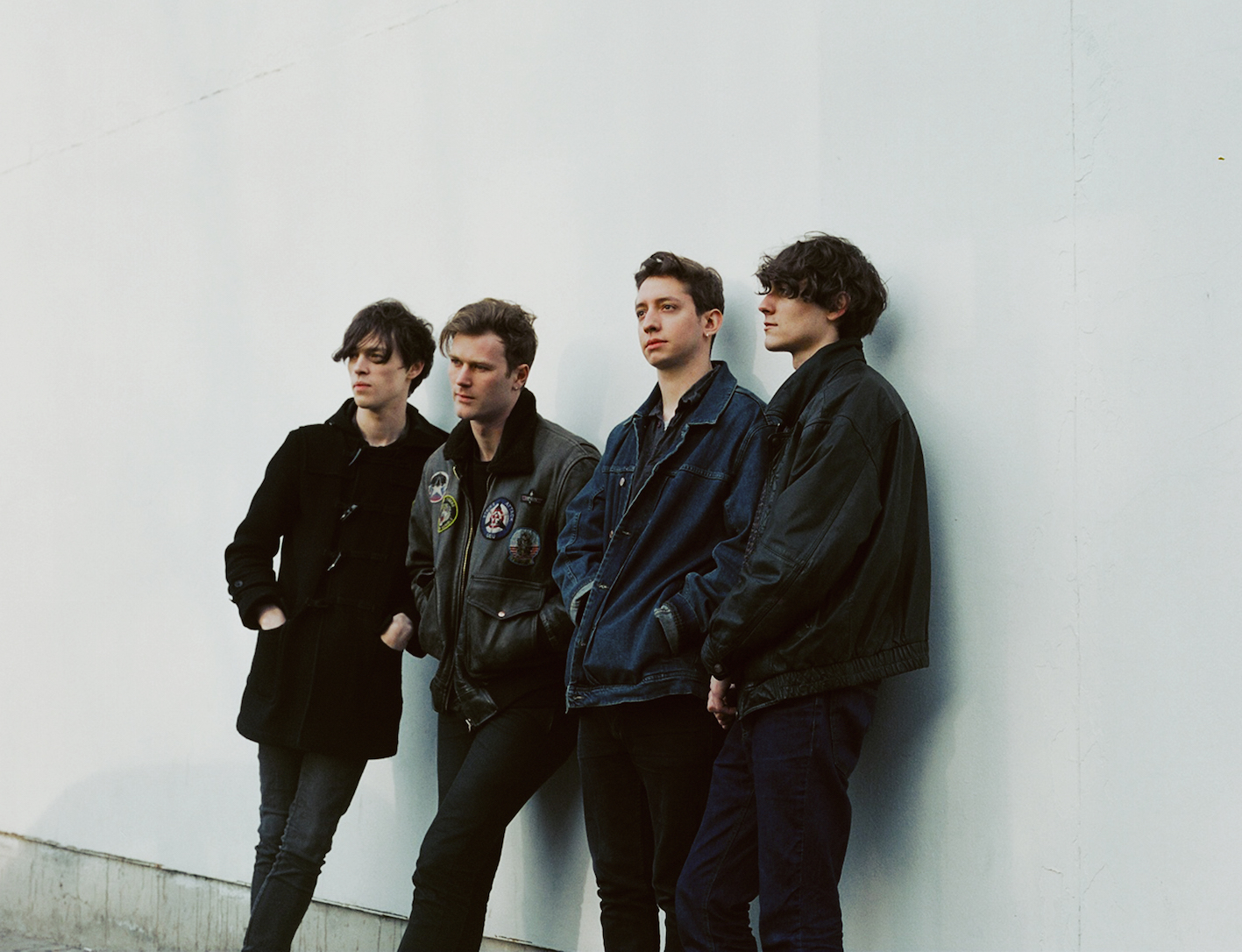 The Mercury Awards have been something of a national treasure for the British public since 1992. The original purpose of the awards was to find artists that change the way the listener thinks about music; to be creative, and out of the ordinary.

However, it seems as though we have lost sight of these criteria, and nominees are now of such an established calibre that there isn’t much room for new talent. With a cash prize and a life-time honour, surely we should be savouring nominations for artists that are on the music radar, but not enough to be headlining Glastonbury (that’s you Florence)? We aren’t questioning the talent of the nominees, but are concerned that it is taking away the opportunity from the smaller artists more deserving of £20,000 to help kick off their careers.

Here at Artefact our music writers have compiled their own alternative Mercury shortlist, following the “original” criteria consisting of newer UK and Irish artists that have to chance to reach a wider audience.

London based singer-songwriter Lianne La Havas’s second album, Blood, was the soundtrack to the summer of 2015. The opening track, Unstoppable draws on her R&B roots, showcasing her soulful vocals. Moving through the record we can hear the true extent of her range with relaxed vibes on tracks including Green & Gold and Wonderful. La Havas is so fiercely emotional throughout every song, she has convinced you from the very first note. This album will have you reminiscing of lazy summer days, and have you longing for more powerful female voices to give the charts a bit of a bite. (Caitlin Mayhew)

It took me a while to really ‘get’ Sleaford Mods, but after hearing No One’s Bothered, the pair’s most recent release was next on my hit list. These blokes from Nottingham have perfected angry, lairy poetry fit for anyone who is a bit pissed off at the state of things. The follow up to Divide and Exit in 2014, Sleaford Mods have created an accurate social commentary of England, and they aren’t afraid to shout about it. They think nobody cares, but looking at the size of their fan base, people do, and the Mods are giving them a voice. (Caitlin Mayhew)

Teenage angst at its best, Undertow, released in April shows that Drenge haven’t grown up too much, despite being two years older since their last record. They’re facing more problems, as does anyone, and shit is getting real. Running Wild is the song we can all relate to. It tells us we all want to get away from responsibility for a while, and isn’t it unfair that we can’t. The album focuses heavily on raging guitars that mill about the point for a while, before reaching a climax when we’re reassured that actually, We Can Do What We Want. (Caithlin Mayhew)

The Xcerts – There Is Only You

There Is Only You is a pop-rock masterpiece in all its forms that brings The Xcerts’s previous work out of the shadows, showing a new maturity to the band that people had craved since their debut in 2009. Inspired by the collapse of a long-lasting relationship, this heartbreak is expressed without reservation. The album will make you want to tear the room apart one second and collapse into a slump of empty confusion the next. It’s soul-destroying and inspiring all at once. This album breathes slowly and punches hard and there’s no denying the band have fought through more than most to get themselves where they are today. (Max Gayler)

The Staves – If I Was

After a number of EPs and their successful debut Dead & Born & Grown, The Staves have created an accessible record that sounds more like it’s from Nashville than Hertfordshire. There are blues roots sewn into the core of songs like Black And White and Teeth White while producer, Justin Vernon of Bon Iver brings the album to an accessible level, broadcasting the impact and talent of the band. Like a female Neutral Milk Hotel, The Staves have created something to generate a community feel. It’s fun, it’s relaxed and it’s something completely necessary from the Staveley-Taylor sisters. (Max Gayler)

Gengahr – A Dream Outside Now

Emerging in the beginning of 2014 Gengahr have not wasted any time accumulating a huge fan-base and firing out singles, EPs and now their debut album A Dream Outside Now. To the first-time listener Gengahr may sound like just any other soft-rock band trying to sound psychedelic, but this is something much deeper. Yes, there are elements of the angst you’d get from this style, but undulating within this is a craft expertly executed. The single She’s A Witch sounds like everything Alt-J need to do and everything the growingly dreary indie scene needs. A Dream Outside Now stands its ground as a respectable piece of thought-out musicality and deserves it’s recognition as a standout album of 2015. (Max Gayler)

Going just by his last name, the mysterious 25 year-old singer Rhodes has recently released his debut Wishes after the last success with his EP, The Morning. Having recently admitted he only started singing two years ago, this album shows no sign of being an amateur, but instead confident husky vocals from a born singer. With every song on the album sounding like a hit single, Rhodes hypnotises with his power ballad-like choruses that often sound like they belong on a movie soundtrack. Songs like Close Your Eyes summarise the solemnness of the album. However, it’s not all serious, as there is a Taylor Swift cover as one of the bonus tracks. (Katrina Mirpuri)

Combining sporadic guitars, electronic beats, funk and radio clippings is something Public Service broadcasting do with ease. This record does justice to all things space-themed, with songs named Sputnik and Fire in the Cockpit. The band manages to master making us feel alienated and intrigued with their arrangements of archived speech and rocky beats. The album works chronologically, telling a musical story of historical events during the time of the American and Soviet space race. They manage to work a USSR radio broadcast into a funk track. Only PSB can get away with this kind of chaos. (Katrina Mirpuri)

Liverpool has a reputation of producing some of the finest British bands, and Circa Waves are no exception. They are the kind of indie-pop band that appeal to the new generation of indie kids as well as fans who danced along to bands like The Libertines ten years ago. Young Chasers is their debut album, and songs like T-Shirt Weather give off that carefree summer sound that reminds us of British festivals, beer and sun. The album captures the sound of young bands, and is perfect for the gig and festival circuit. (Katrina Mirpuri)

After their debut album, Django Django parted ways with their original ‘country and eastern’ path and have redirected their sound towards all things fun and psychedelic. Feet stomping and shoulder shaking are thoroughly encouraged throughout Born Under Saturn. This is certainly an album of enlightenment and self-discovery with pop beats retrieved from a land far away. An upbeat journey from start to finish, and with tracks such as Pause Repeat, the quartet have created feel-good vibes to satisfy today’s neo-psychedelic culture. Although Django Django push their experimentation to the limit, refined sounds and intelligible structure allows this album to be a work of art. (Georgia Ivey)

Lucy Rose – Work It Out

An album of storytelling and romanticism is exactly what you expect from Lucy Rose’s album Work It Out, and that’s exactly what you get. Emotion, escapism and delicate vocals remind us of the Lucy that produced Like I Used To, only this time we are presented with texturised sounds and flighty tempos. Lucy Rose’s self-established sound has not wavered from her folk roots, but it has blossomed into somewhat of more mature sound introducing an eighties keyboard and delightful synths. Our Eyes showcases Lucy’s new sound and style perfectly and is most definitely the album’s dance fix, whereas Like an Arrow reminds us of the elegant reminiscing that Lucy does so well. (Georgia Ivey)

These South London Grime MCs have brought British values to an album that has been influences by the American rap scene. Considering that The Long Way Home is the duo’s debut album, a staggering list of impressionable rap artists are featured, which can only suggest that Krept and Konan aren’t wasting any time in gaining international respect in the music industry. Tracks such as Because of You present struggles and hardships, making it evident that the lyrics and communicating a message to the listener are the main focus within the album. Lyrics such as “From Uni to Universal, the fans saying please don’t go too commercial,” allow us to see that they know where they have come from, and they most certainly know where they are going. (Georgia Ivey)

Things to do in November