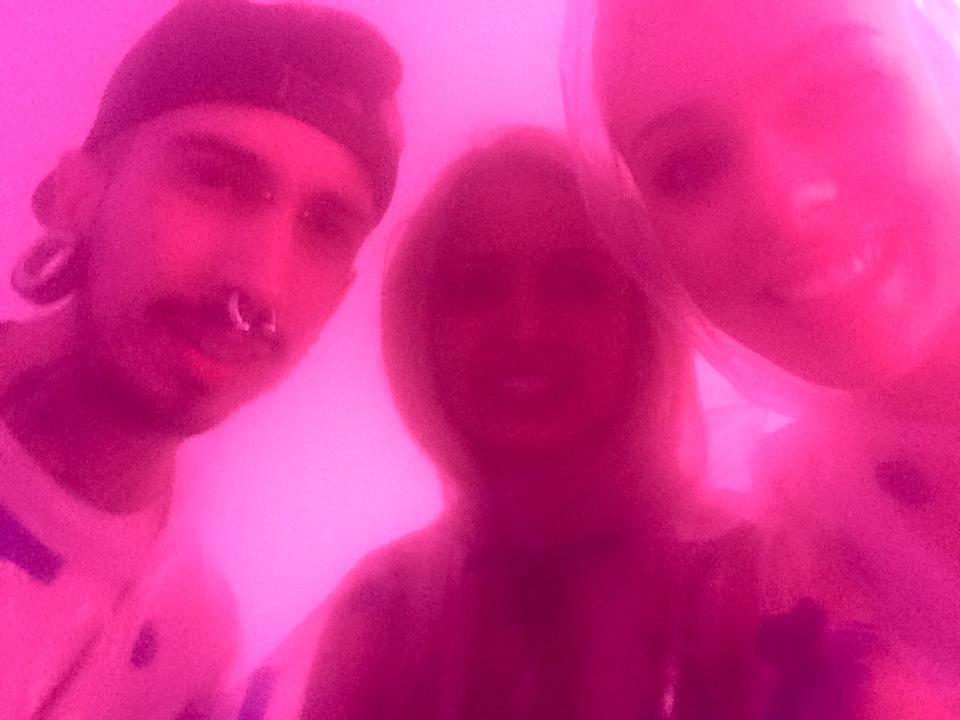 Last week my two friends from France came to stay, one of whom who had never visited London before. As with every devout Londoner, I was eager to prove what a great city I live in and why miserable, rush hour tube rides can be totally worth it.

I took them to all the usual cliché sites: Piccadilly Circus, Waterloo, Southbank and Camden. I even dragged them through Oxford street on a Saturday.

I wanted to show them something different. Something which they definitely wouldn’t have in France. A London special.

Amongst our many confusing Frenglish conversations, one thing we all definitely understood was booze. We all enjoy drinking, and there were no language barriers between us and the bottle of tequila behind the bar, as we could signal to one another when a shot or beer was due with a simple, swift arm movement.

And so, when I stumbled across ‘Alcoholic Architecture’ – the world’s first walk-in breathable cocktail – I knew I had struck gold.

Stuff your fancy restaurants, beautiful language and impeccable sense of style because we – devout Londoners – have a room where you can get drunk just by breathing.

‘The Cloud’, a revolutionary project bought to us by Bompas & Parr, is a leading company in ‘flavour based experience, design and culinary research’ located in the heart of Borough market, in a former monastery.

Upon arrival we were told by a suited man on the door that the room we would be spending the next hour in has a humidity of 140% and so much alcohol in the air (gin to be precise) that we would not be able to see more than a metre in front of us.

We also discovered that we would not just be absorbing alcohol with our lungs, but via our skin and eyeballs too – what a time to be alive.

After putting on our plastic coats to protect our clothing and walking past a ‘breathe responsibly’ sign, the game was on. We were determined to get drunk.

With disco music on in the background, and multi coloured flashing lights, we stood in front of the vent and immediately started snorting as much gin into our lungs as humanly possible.

Techniques included vigorously rubbing our skin, holding our eyeballs open and breathing in through our mouths (out the nose). All whilst repeatedly asking, ‘are you drunk yet?’.

Alas, the hour was up and we were still able to walk out of the room without stumbling or slurring our words.

Whilst it was an undoubtedly fun and unusual experience, we couldn’t help but feel slightly disappointed that despite all of our efforts, we weren’t the desired hot mess we thought we would be, and so accordingly hit a bar down the road.

We were moderately sober. Slightly tipsy at best. But on the plus side, our skin felt amazingly soft. It was as though we had just walked out of a sauna.

In conclusion, if you really want to get pissed, your best bet is to go to your local pub and down as many tequila shots as you can afford. But if, like me, you’re looking to impress your out of London friends, go grab a ticket for £10-£12 here.