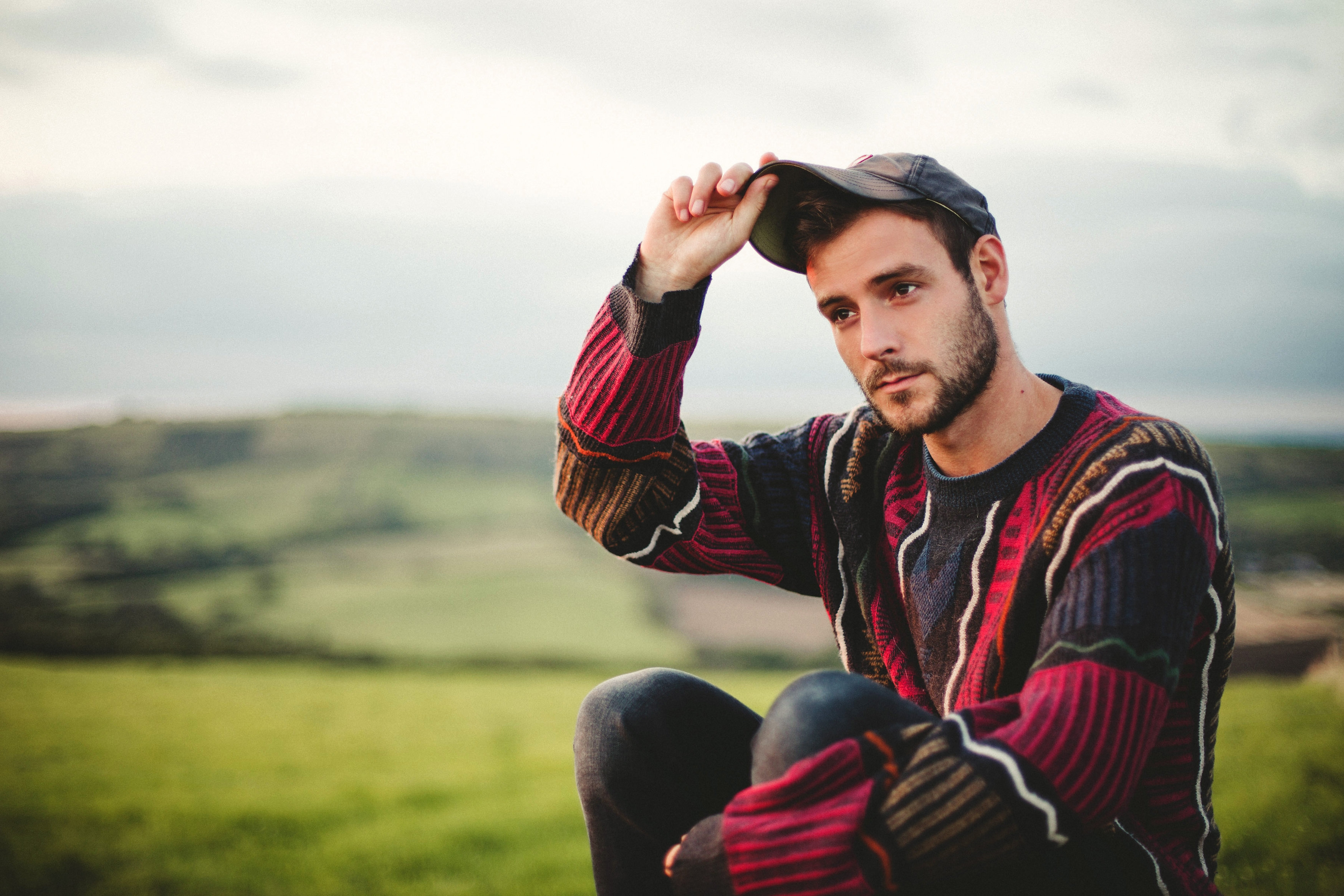 Roo Panes has just finished a number of intimate shows with the delicately brilliant Rae Morris.

His formula is nothing groundbreaking: he forms songs with the sincerity of the likes of Tom Odell, Ben Howard et al, but there’s a fragility and fascination in what he creates that validates the accolades he’s received for his latest effort The Original.

The single, taken from his album Paperweights, has seen praise from Uncut and Q, with the former offering Panes as a ‘Britfolk pin up’ – an apt summary of the Dorset songwriter, whose debut album Little Giant saw him emerge as one of the UK’s most soulful singer-songwriters.

His music tends to balance the solitude of his hometown, Wimborne, with quite a new-age sincerity.

Introspective lyrics tie straight, hopeful songs together with an intelligent originality. This resonates perfectly with a recent foray into a richer, more extensive sound both live and on record.

Paperweights is due for release on February 12, 2016, and we caught up with him to talk about being a late bloomer musically, working with Burberry and dealing with second-album syndrome after the success of Little Giant.

Hi Roo. How have the shows with Rae Morris been?

Great thank you, it was a really nice couple of weeks. Plus it’s always cool to return to cities you’ve played at before and visit some completely new ones.

You’ve stressed that you haven’t been directly influenced by a particular set of bands. Has playing and writing always seemed more natural than listening to music?

“For me, writing can be a kind of antidote for things.”

To be honest I think it has. I’ve always loved music, and there has always been music around me, but I was never the kid who went to loads of gigs or followed particular bands. I’ve been listening more of late though, which I’ve been enjoying, and learning from it I’m sure. I have always written music though in one form or another, and it’s a mode of self-expression, so I don’t want to box it up or look at it with creative agendas or comparison. However, bands I’ve found myself listening to lately are Sufjan Stevens, Vance Joy, my friends Wovoka Gentle, Cat Stevens and Paul Simon. They were the sound track to tour as we drove around in the campervan!

Is there a particular record you fell in love with growing up?

I remember hearing Takk by Sigur-ros and thinking it was absolutely beautiful. In fact that was one gig I went to as a teenager.

What do you tend to write about?

Truly, all sorts of things; feelings, memories, observations, beliefs, people, hope, thoughts, dreams, revelations, imaginings, past, present, future, anything that feels significant to me at the time. With writing you have a voice, there’s a responsibility, so I want to try to sing good things. Occasionally I feel like a melody has a story of its own so sometimes, if that comes first, I’ll try to find whatever that is. On other occasions I’ll have words first, so I’ll write a poem, like a song from Little Giant called How Long? Melodies weren’t coming so I wrote in words how I felt at that particular moment. One thing that seems to be recurrent is that writing for me can be quite counter-intuitive. For example, if I’m feeling stressed I’ll create something peaceful. For me, writing can be like a kind of antidote for things.

Is your sound something that came completely naturally, or was there more thought put into how it would sound and feel?

I think it was a mixture of things. The feel came naturally I think, but the fact that it was played on acoustic instruments came partly from the reality that once I started I couldn’t really afford to buy amps and keyboards! I didn’t really mind that though and just settled into what I had at my disposal. I have always loved strings. For me, they are such emotive instruments, so that was something I dreamed of from the start.

How was the experience with Burberry?

It was great. It was really kind of them to give me a platform at that stage in my journey, and I have some great memories from it all. I think their acoustic sessions have been really valuable to a lot of emerging musicians.

Is the honesty and subtlety you place into your music quite a unique thing given the online, frantic nature of how a lot of music is created now?

To be honest I don’t really know. That’s very kind of you to say. I just try to focus on what I’m creating and not how it gets out there. I have always trusted that there will be some people who stop and listen, because I believe there are people who really want to listen to music that way. For me lyrics are a really important aspect and they can easily be missed if you’re in a rush. I hope its not unique, I am what I am, but I’m sure there are other artists who are similar. 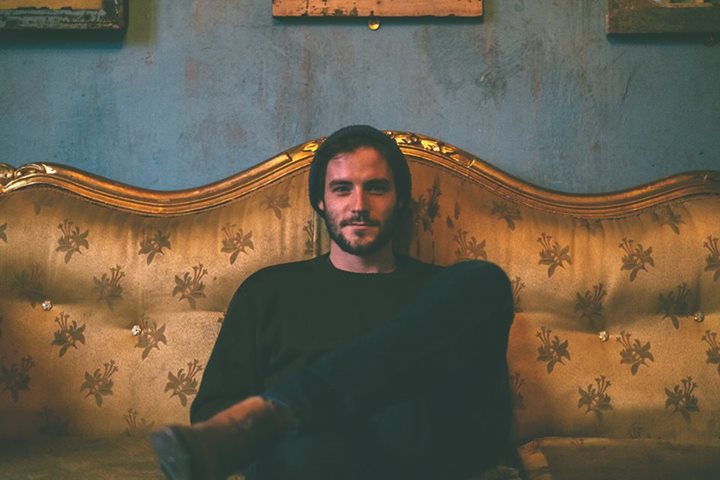 And what’s been the reaction to Stay With Me so far?

I’m really encouraged by the reaction actually. I was really excited to get some new music out there and have really appreciated the warm response.

You come from Dorset, which also seems quite important to what you create. How have your surroundings shaped the record?

I couldn’t tell you for sure, but I do love being outside and going for wanders. You see the seasons pass in the country, and I find it good for the soul really. So I guess I like creating down there. I don’t think it’s had a direct effect on Paperweights though, most of the songs from this next album are stories located elsewhere when I think about it.

Was it a natural progression to start incorporating the other elements of your sound, such as the strings arrangements and drums into your live shows?

Yes I think so. We haven’t managed to play a show with the full set up for a while though, mainly for logistical reasons. I love playing solo in a way, because it reminds me of the moment you write a song and then go and play it in the kitchen to your friends. It’s the raw version. However I also love playing with the full arrangements. Hopefully our next line of shows will be with full band.

Do you have a favourite to play live?

I think I’ve always loved playing Ran Before The Storm and Know Me Well, but I’ve been really enjoying playing a new song called Summer Thunder.

Where do you hope to take this?

I want to keep writing music. The most important thing to me is the way I go about it, not where I end up. Hopefully that will take me to a place I’m happy with! But honestly it’s all step-by-step, I’m ok in the present right now.

A Cheapskate’s Guide to Live Events in London

Albums | Ben Howard: I Forget Where We Were