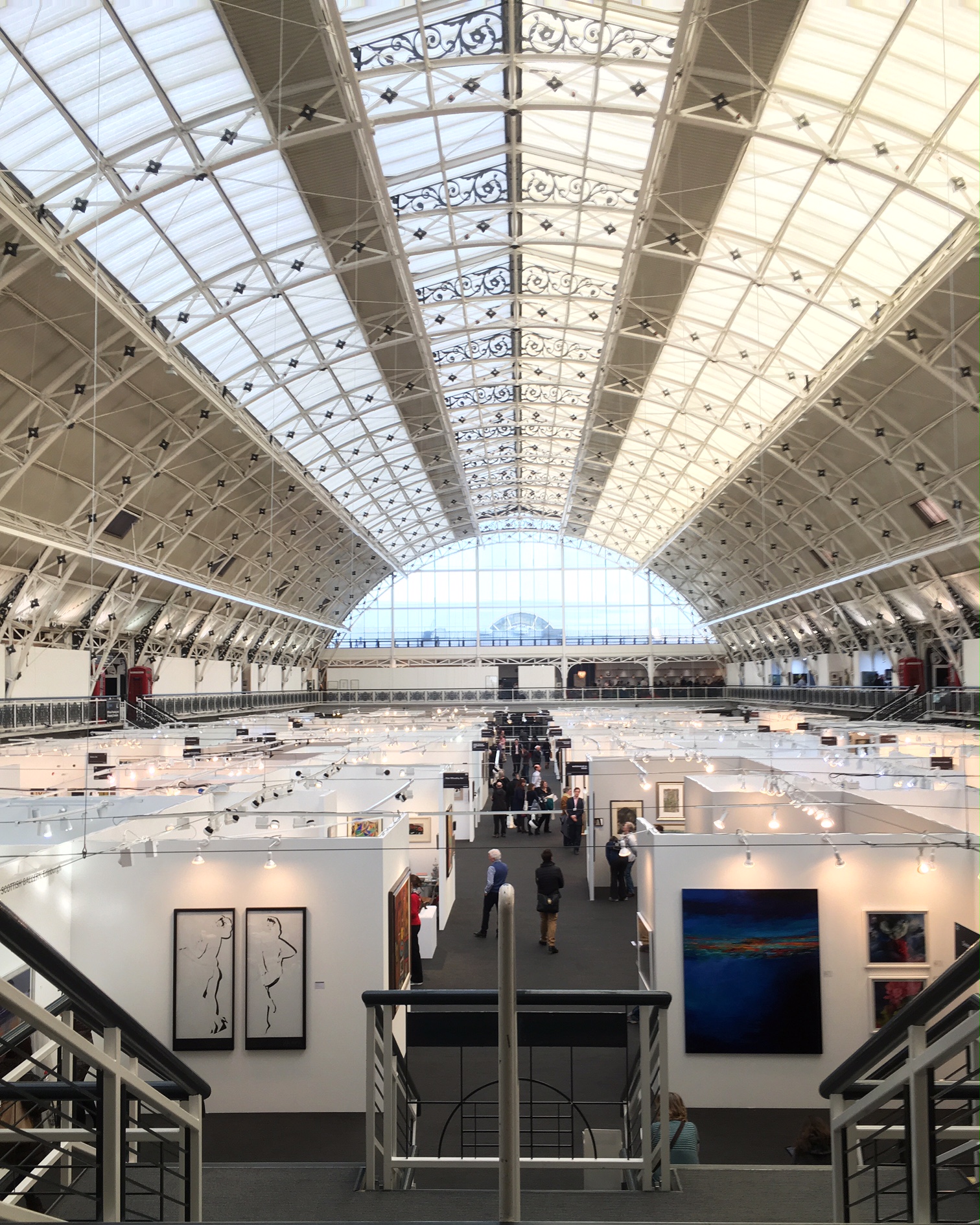 Entering London Arts Fair, the location’s grandeur, motley demography and even the layout of the stalls reminded me of scenes from the famed Great Exhibition at Crystal Palace.

Throngs of people gathered with a purpose: factions of college students, greying eccentrics, art aficionados and collectors all crossing paths in what is the 28th year the fair has been running at the business design centre in Angel.

The real point of the fair is to kick off the year for ‘globe-trotting collectors’ by gathering galleries, collections and curators from Britain and around the world in one place – but this doesn’t mean those of us without a few thousand to spare can’t enjoy the show.

There were hundreds, perhaps thousands, of pieces on display for public viewing, covering a scope of disciplines not often found localised to one building.

Art from big contemporary names such as Tracey Emin and Damien Hirst were up for grabs from Art Houses Austin Desmond and OTCA respectively.

An array of classical art featured in the main fair, including The Bather by Christopher ‘Kit’ Wood dated 1925, courtesy of the Jerwood Collection, who were the official partner of the event.

Screen prints from the likes of typographist Ben Eine made my day – certainly something I wasn’t expecting when I walked in.

There was also a huge selection of photography featured in the ‘Photo50’ section, curated by Federica Chicocchetti and including 13 artists working with photography in an exhibit titled ‘Feminine Masculine: On the Struggle and Fascination of Dealing with the Other Sex’. 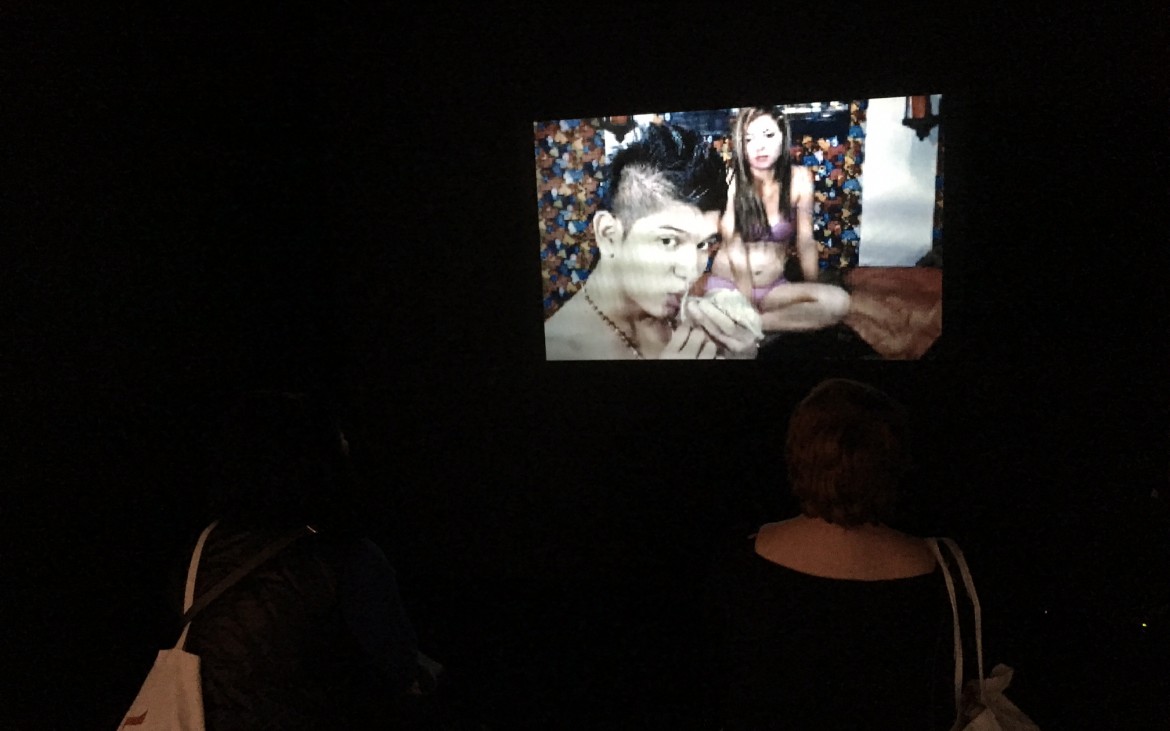 Probably the most amusing piece on display was ‘Lord Byron’s Bong’, scheduled as an opium pipe owned and used by the famed poet, later found hidden under the floors of Trinity College, Cambridge, where he studied.

The pipe was supposedly held in a private collection until being sold out of financial necessity at the fair for a cool £1.1 million, which was of course, absolute bullshit.

Byron’s Bong was in fact, a piece of art made by the Connor Brothers – a humorous dig at the art world that fooled many with its insouciance and charming audacity.

Whether it was actually sold for such an eye watering figure however, is unclear.

Politics and art are always synonymous and the fair this year was no different.

Marcus Harvey’s Tragic Historical Head was a show favourite, combining the heads of past philosophers and politicians in a mercurial amalgamation that presents itself as a satirical comment on Britain’s colonial past. 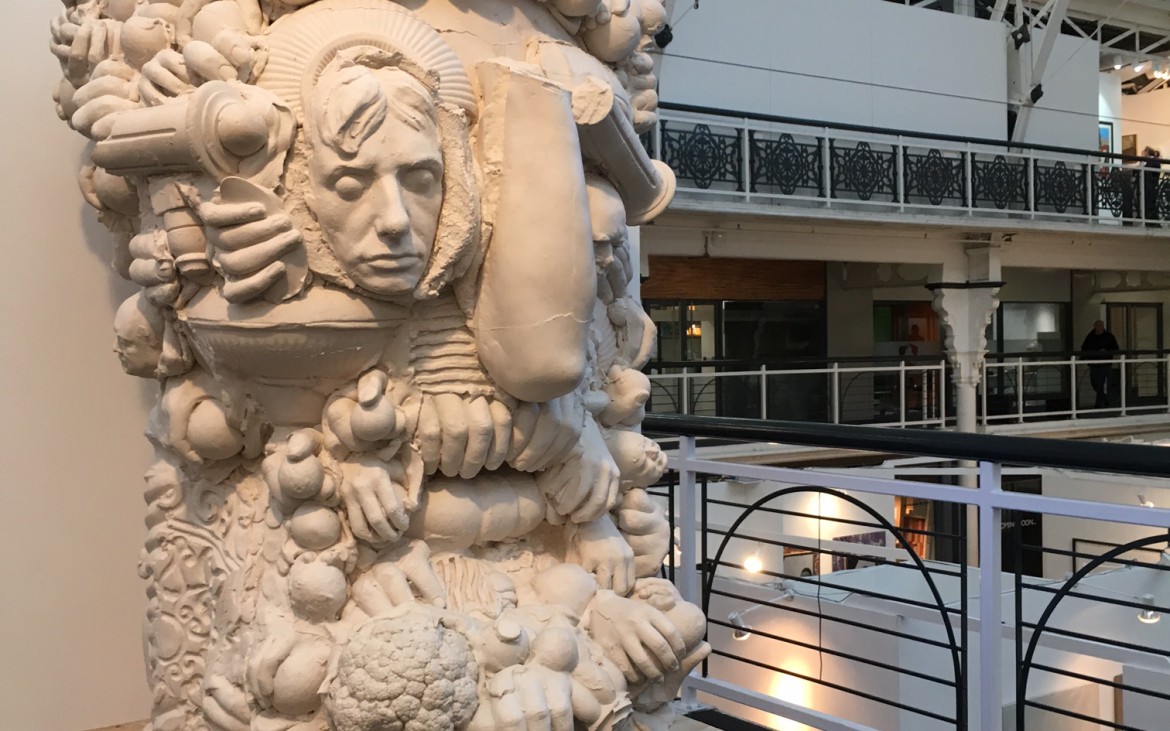 Another political commentary central to the fair was again, from the infamous Connor Brothers, this time in the form of letters on headed paper from various governments, redacted hilariously to spell out whims like ‘let them eat KFC’.

There was far too much on display to cover here entirely, but the selection was good, accessible and didn’t feel art-snobbish as some of these events do.

According to the fair organisers there is a growing number of people buying art, providing confidence in the market – a notion supported by the sheer amount of people who showed up for this year’s fair and left with a new piece.

At a time when interest rates are nonexistent, saving money isn’t worth it for those looking to increase their wealth – people are looking for safe investments with equity that reap returns, and art seems to be paying.

Even those without financial backing are taking advantage of the art world in what is essentially a bull market – there were several companies offering finance on art for those ‘with a good eye’ at the fair, something I’d personally never seen before, but an interesting point and a sure sign of the growing confidence in art investment.

Overall the event was superb, if anything a little short considering its size – I was there for over three hours and I’m sure I didn’t see everything.

Alongside the art, and sadly one of my favourite parts was the opportunity to (finally) use an Oculus Rift VR headset, courtesy of the fair sponsors Lexus.

I don’t often use the word ‘weird’, but it was exactly that.