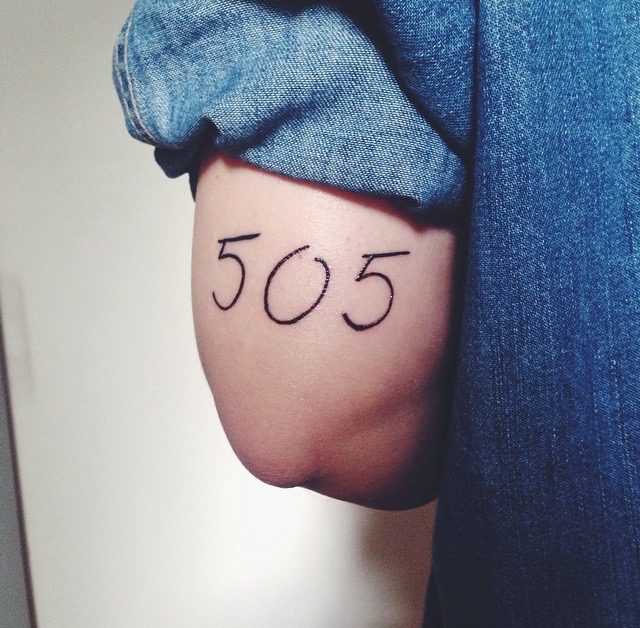 I was 15 when I first heard the Arctic Monkeys second studio album “Favourite Worst Nightmare“.

Having spent a year drinking in every indie anthem featured on the first album, “Whatever People Say I Am, That’s What I Am Not”, I had eagerly anticipated the second.

Crammed with fist pumping bangers such as Brianstorm and D is for Dangerous, the first half of the album possessed all of the grit and heart you’d expect from the Arctic Monkeys, but the conclusive song 505, resonated with me more so than any other.

“I’d probably still adore you with your hands around my neck,” was one agonising line, that at 15 years old, made me feel I could never be that besotted with someone.

The lyrics are fairly self-explanatory, but when questioned Turner confirmed that room 505 was a metaphor for making it back to his beloved “if it’s a 7-hour flight or a 45-minute drive”.

Room 505, an impersonal space, became the place in which the two lovers would unite in the midst of Turner’s budding musical career with the Arctic Monkeys.

Torn apart by touring and travelling, distance seemed irrelevant, proclaiming the “middle of adventure, such a perfect place to start” (or so it seemed).

Like any other hormonal teenager, I believed a vast majority of the love songs I listened to, to be truly representative of what I would encounter with future boyfriends.

Following a string of entirely unsuccessful puppy love relationships throughout secondary school, 505 still made me strangely hopefully for the kind of relationship Turner was portraying.

Not for the heartache or confusion, but for the intensity of loving someone so much that “a knife twists at the thought that I should fall short of the mark”.

It was around this time I became friends with Chris*, a seemingly shy boy with a sharp sense of humour but best of all, excellent taste in music.

When the third Arctic Monkeys album “Humbug” was released in 2009, we spent hours discussing our favourite new tracks.

He liked “Pretty Visitors” because of the line “what came first the chicken or the dick’ed?” which he would often shout at me during our numerous phone calls.

I’m not sure exactly when, but at some point during our three-year friendship, I fell in love with Chris, and to my surprise at 18, the feeling became mutual.

It was on one particularly sweltering day in June, that the lyrics in 505 began to truly mean something to me.

He lived in Birmingham and I lived in Shropshire, and although it wasn’t that far, fondness made the absence seem longer.

We were eating ice pops in his room when he turned and told me 505 reminded him of our relationship; my 15-year-old self screaming in delight.

Finally, I thought I knew exactly what Alex Turner must’ve felt when he wrote the song.

I listened to 505 for the duration of the train journey home, and almost every night after that for months on end.

I spent a month travelling around Europe listening to 505 and I realised that Turner’s agony had become my own.

Our brief dalliance with “love” (ew) meant that the words “it seems like once again you’ve had to greet me with goodbye” made me realise I’d spent years pining for a relationship I didn’t actually want. The term “the grass is always greener” sprang to mind.

Out of sheer respect to Chris, I won’t mention the reasons why the day with the ice pops was the last day I ever saw him, and is likely I ever will.

Without wishing to sound too cryptic, the crumbling of our relationship was due to factors out of both of our hands, and it didn’t take me long to realise I couldn’t keep blaming myself for the way things ended.

Five years on, and despite us not talking, I am still compelled to think of Chris every time I listen to the song.

My once obsessive need to listen and ponder over what went wrong was long gone, along with the memory of our relationship. Now, the song has come to mean something entirely different.

I got 505 tattooed on the back of my arm, not to remember him, but to remind me of how over the past eight years this song has been a constant source of happiness.

I still marvel over the breakdown at 2:03, and scream “I crumble completely when you cry” and I am no longer unavoidably drawn to think of him.

Without being heartbroken, I’m not sure 505 would’ve come to mean anywhere near as much to me as it does now. Who hasn’t felt the scorn of losing a first love?

As I currently stand, at 23, I’m sure there’s a wealth of dating turbulence for me to encounter yet.

In some respects, I should thank Chris for allowing me to attribute so much of our time together (both in and out of the relationship) to one perfectly formed 4:13 minute long song, because in spite of all our differences; “I’d probably still adore you with your hands around my neck”.

*Name has been changed