Protestors have taken to the streets of London to march against the Government’s proposed Housing Bill.

The protesters gathered at Imperial War museum to gather momentum and get ready for the march.

There were a number of speakers set to give speeches including Green Party leader Natalie Bennett and Richard Livingstone, Southwark Councillor and the local authority’s Cabinet Member for Housing.

Although Bennett was met with cheers from the crowd, Livingstone was taunted during his speech, and tried to address the dissatisfied crowds. 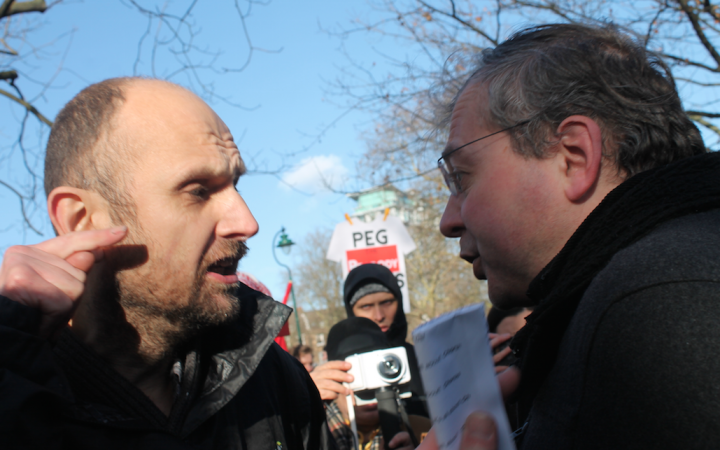 Bennett described the proposed housing bill as “the destruction of council housing in London”, and encouraged people to take to the streets to show their disapproval against such proposals.

“I would urge everyone to get involved in politics”, she told Artefact.

“We are not going to take this, absolutely not. It belongs to us; it is our housing,” she added. “We need to be thinking about private renting and generation rent. That is one more way in which this government is making the disadvantaged pay for the greed and the fraud of the bankers. Austerity is disaster and it needs to go!”

The protest comes at a time where many citizens are unhappy with the way the country is being run by the current Government.

The main reason for the protest was to show the public’s dispute with the Housing Bill but that was certainly not the sole reason hundreds of people took to the streets.

Valerie, who described herself as a “one of the many citizens taking to the streets to protest,” expressed her anger at the current state of politics.

“I am here today at the protest against the Housing Bill, and many other bills because this Government is not recognising that the people need help in many ways. They are depriving a lot of us and the housing situation is a mess.” 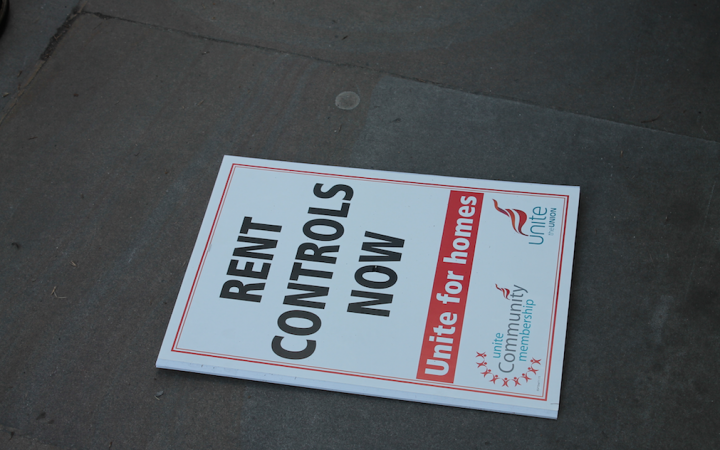 The march saw many policemen lined up in front of estate agents guarding their offices and windows, as they were seen as the main culprits in many of the protester’s eyes.

The protest was described as a “peaceful demonstration with a great atmosphere”, partly due to the band that was marching along with the group while playing the drums.

The march came to an end where the 2,000-strong group of protesters reached Downing Street and gather in front of the gates guarded by police.

All images by Nora Asad

By Taysan Ali-Osman
5 Mins read
The story of two students who have been struggling due to the cost of living crisis.
NewsdayPolitics

By Jayden Galata
4 Mins read
How the cost of living is affecting students across the UK and how they’ve been dealing with it.
Politics

By Annika Loebig
4 Mins read
Government plans to restrict protest have been defeated by the House of Lords after a weekend of demonstrations. Artefact was in the thick of it.