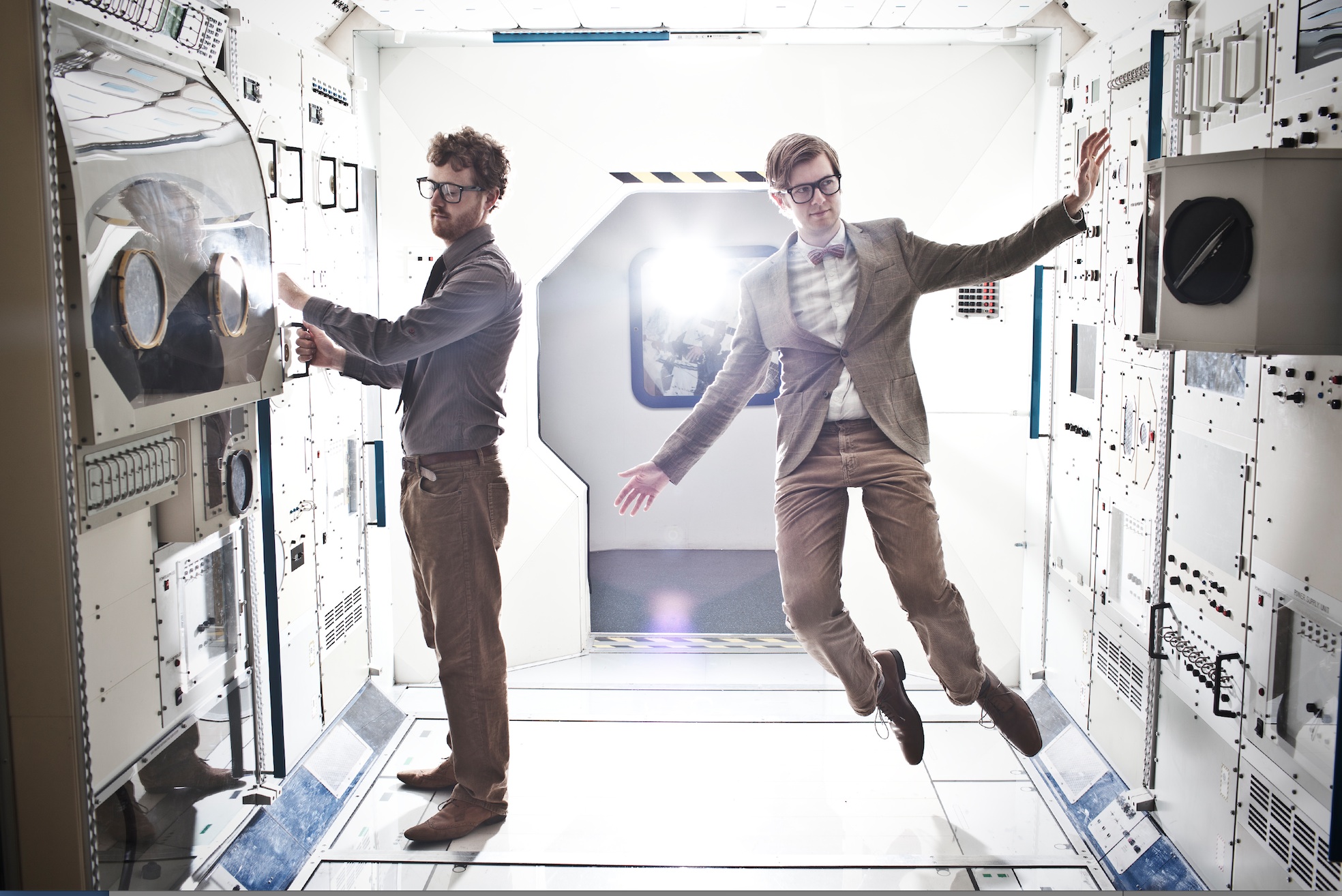 J Willgoose Esq, both the founder and multi-instrumentalist (guitar, banjo, sampling etc) of the band Public Service Broadcasting met with Artefact to discuss where the music and history of his band comes from.

In 1979, Pink Floyd released their seminal video exposing the rigid schooling in Britain for their number-one hit Another Brick in the Wall.  In the video, schoolchildren are seen lined up like factory workers from Charles Dickens’s time.

Now, in 2016, we have Londoners J Willgoose and his drummer “Wrigglesworth” bringing music and history together in a more modern way.

The duo performed in Brixton last winter using a combination of electronic music and archive videos of World War Two history to illustrate the performance of their 2015 album “Race For Space”, which reached number one in the UK Indie chart in the first week of its release in February last year.

South Londoner Willgoose began making solo music nine years ago; when we caught up with him over Christmas, he explained how the idea came to him to combine music and history in his work.

“The historical side wasn’t really deliberate,” he said. “When I first started I heard a British Film Institute [BFI] film had been released which I liked, and thought there was a few good samples in there which I could sprinkle into of some songs to give them a bit of character.

“As it grew, it got more serious and people started to genuinely like it. That’s when the historical side was the front and centre, as opposed to just almost being there a texture for the record.” 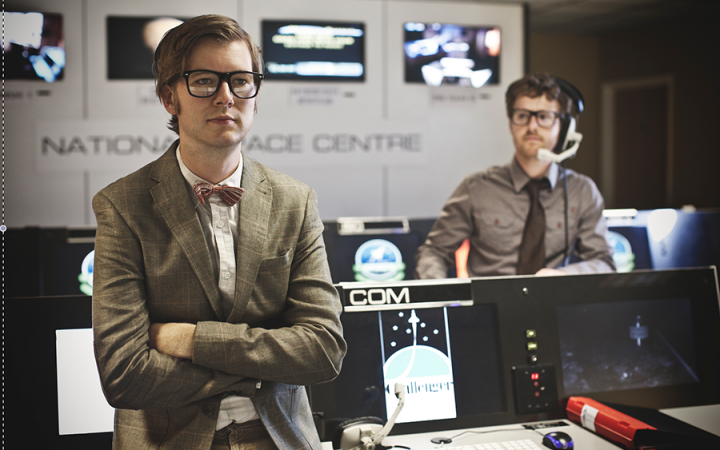 Public Service Broadcasting’s tour saw them collaborate with the BFI again, implementing samples with electronic beats made by Willgoose and Wrigglesworth to make up a story on stage.

With the theme being World War Two footage of The Blitz taken from the BFI, it included London Can Take It, a song during which the audience witnesses real life families preparing themselves for an evening of London bombs, with footage of the streets after a night of attacks ending with men preparing to go to war.

With electric guitar being the forefront of Willgoose Esq’s talent, he jokes that “the reason behind it is that I am not a good singer, so its not really in anyones interest, least of all mine. To try and ruin it anymore than I already have.”

He added: “I think people can really get stuck into the ‘do you sing don’t you sing?’, as it if it is the only genuinely emotional way of only expressing yourself in music. That it begins with words and singing.

“If you look at broader music in general, classical music or orchestral music, I’m sure if you went up to a composer he would say the same thing. There are other ways of getting emotion, sincerity and emotional depth into music than just being a singer and going on about how you are heartbroken etc.”

With the coverage of the Blitz, and the story of Apollo 8, their lips are sealed on what other ideas will be coming up on their next tour.

On the subject of where their ideas come from, Willgoose explains that Pink Floyd’s music certainly gives a impression of great seriousness and importance.

“I don’t think we would ever do that,” he said. “I think that we have got too much self-effacement, and we would sort of undercut any portentousness with a bit of humour. We take what we do very seriously, but we don’t take ourselves very seriously at all.”

Willgoose grew up with Radiohead and Massive Attack as his main influences, but mentions how he has also been influenced by music from all parts of the world.

“The biggest influence on me is just growing up, you know,” he said. “I learned to play guitar, and then learned to put it together electronically. I listened to stuff like Radiohead and Massive Attack, a Belgium band called Dallas, and Moby as well. Then in my twenties I started getting into more electronic music and music from all over the world.” 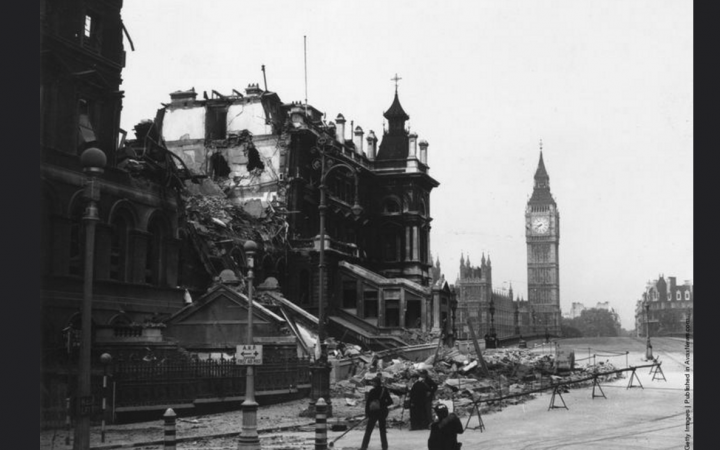 London can take it [Leonard Bentley via Flickr CC]

Apart from the insight into World War Two history, Public Service Broadcasting teaches us we can be informed and entertained though history and electro combined. Something unusual to see at Brixton Academy.

“It’s not intended to be for all that tongue in cheek ‘formative entertain’ nonsense,” said the band’s singer. “It’s not a history lesson and it’s never meant to be.

“If I want the fans to take anything away from it, it’s a feeling similar to when I saw the Flaming Lips about 13 years ago. I just remember looking at the audience and thinking, ‘everybody I’m looking at has a massive smile on their face, and everybody is slightly in wonder and slightly enjoying themselves, and just sort of staring at the stage and having a great time.

“Somebody said to me at the gig in Brixton that everybody on the way out just had a massive smile on their faces, and that’s just a lovely feeling you know. That’s the feeling I would like, as opposed to having more crisis and more depressive tendencies towards music. I think it would be nice to have more optimism and hope.”