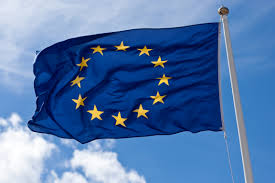 David Cameron has announced a referendum to be held on Thursday, June 23 on whether Britain should remain in the European Union, or leave.

British, Irish and Commonwealth citizens over 18 will be able to vote on whether the UK should be in or out of the EU.

This comes after growing concerns among politicians and members of the public, that the EU has changed significantly over the years and feel they have witnessed the organisation extending its control over many more aspects than initially expected.

This is not the first time such a vote has been taken; in 1975, shortly after Britain had joined the EU, a referendum was held in which the majority voted to stay in.

Many believe Britain is being held back by the EU, who, it’s claimed, are inflicting too many regulations on businesses and charging billions a year as part of EU membership fees.

@SkyNews Rubbish, leave E.U and stop all benefits to immigrants. Not one of them will come to U.K then. #brexit

Following the migrant crisis, some people want to see Britain take back full control of its borders and abolish the ‘free movement’ principle in order to significantly reduce the number of people coming here for work, or reduce the number of migrants who are claiming benefits.

Mr Cameron is urging voters to back his EU reform deal, in which matters such as migration and border control have been tackled; but critics say his deal does not tackle the problem of high levels of immigration or take back powers from Brussels, which are one of the many reasons a referendum was demanded.

On the opposite side of the scale are the campaigners fighting to keep Britain in the EU. Stuart Rose, chairman of Britain Stronger in Europe, is branding the Brexit as a ‘massive leap in the dark’ for businesses.

Boris Johnson will be voting to leave

The European union is said to bring an extra £670,000 a year for each British business, making the partnership worth £133 billion to UK firms.

The referendum debate has had Twitter in turmoil, with many users sharing their thoughts on social media and creating a platform for public debate.

The Equality Party said: “We need to stay in the EU for fair trade, equal justice, a better chance of our voice being heard and free movement across member states. #VOTETOSTAY”

MPs are standing on both sides, with Boris Johnson announcing his campaign to leave the EU yesterday, against the Prime Minister’s wishes.

Either way, the road to the referendum is set to be an interesting journey for both parties; whether you are #votingtostay or #votingtoleave.