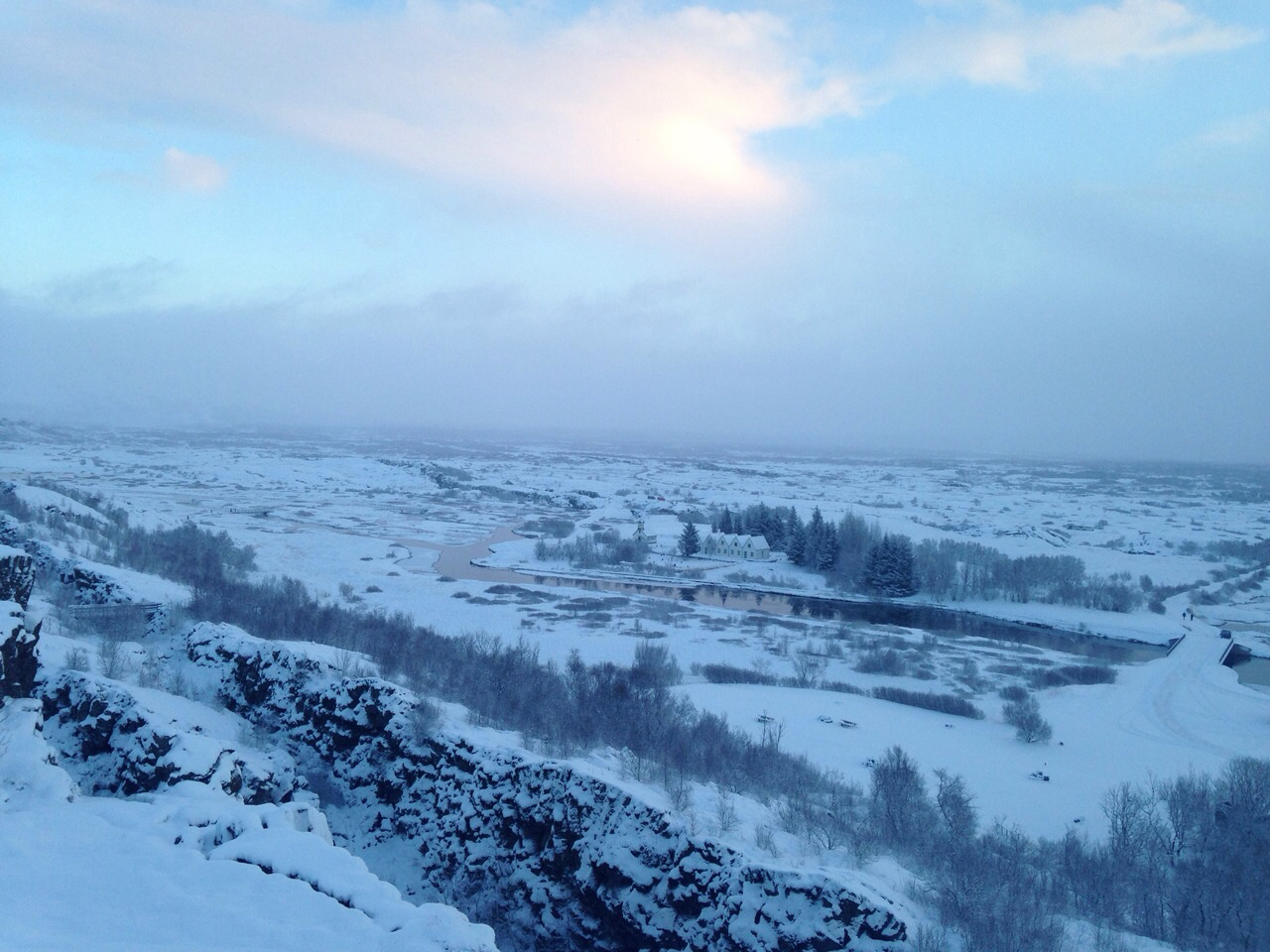 Like the majority of us Britons, escaping for some winter sun during what seems like endless grey days of never-ending winter, is tempting to say the least.

Instead, I decided to take a trip to Iceland, crazy right? At this time of year, I went on to discover that it is one of the most breath-taking countries I have visited, only a short flight distance of three hours from London.

Iceland’s natural beauty lies in the surreal fact that ice and fire live side by side; the terrain consists of glaciers and icecaps lying next to hot springs, volcanoes and geysers, creating a landscape of raw and brutal beauty that has enthralled travellers to this island country for years.

So perhaps, the Huldufólk, or ‘hidden people’, as they are referred to, consisting of elves, fairies and trolls; a common belief shared by the natives, so deeply embedded in Icelandic folklore, almost become imaginable when surrounded by a landscape that is so fiercely dominated by nature to such a contrasting effect.

Iceland’s wealth of heritage and culture adds to the charm that the island country already possesses a great deal of.

You may not find the winter sun that other destinations can offer, instead is an abundance of natural wonders which will leave you in awe, gearing up to come back again for the long summer days spent on black sanded beaches.

Our visit was mainly focused around Reykjavik in south-western Iceland, and the surrounding areas. So with two extra travel companions and a mass of travel guide information, flights and accommodation were booked.

Having spent four days here during December, I managed to prioritise the places I did not want to miss – considering the dismal hours of daylight (winter averages five hours, while summer is 20+ hours), planning ahead in winter is crucial.

Excursions are your best bet, since what you do happen to see is an everlasting experience in itself.

Iceland’s tour operators and guides are professional and knowledgeable, therefore I found it to be the most convenient and safest mode of travel to reach the locations. Here is a guide of the excursions I chose and others that I missed out on.

All excursions begin with a pick-up at the hotel, before being dropped off at the main bus station and transferred to coaches, to begin the drive to the destination.

This excursion in particular took 1½ hours to reach the location, but the terrain and landscape we encountered on the drive, ensured there were no complaints or questions of ‘are we there yet’?

The tour began with a visit to Thingvellir National Park, a (UNESCO) World Heritage Site, and the birthplace of Iceland.

The site holds a great national importance due to that fact that the world’s oldest parliamentary institution was founded there in 930AD, the Icelandic Althingi parliament.

Next on the itinerary was Gulfoss (Golden Falls), Iceland’s ‘Niagara Falls’. On this particular day the mist from the falls and ice gave way to an ethereal vision, truly captivating.

Moving swiftly onto the incredible spouting springs of Geysir and Strokkur, with a finish at the Skalholt church, where the ancient Icelandic bishops held their seats.

Due to Iceland’s geographical location, the island’s geothermal power is immense, providing 87 per cent of homes with heat and hot water, meaning outdoor bathing is possible year round.

This is made possible by the use of the underground reservoirs of steam and hot water to generate electricity and heat through a power plant.

Bathing in geothermal pools is an engrained part of Icelandic tradition, and the most famous of these has to be the Blue Lagoon. A luxury man-made lagoon that functions also as a spa, located in a lava field on the Reykjanes Peninsula, not far from Reykjavik.

Though the price was only for admission and access to essentials, i.e. towels, the experience is a must, especially if you happen to be there during sunset.

The surrounding scenic landscape of snow-capped mountains, while submerged in the steamy, aquamarine waters, you become enveloped in silent synergy between the natural and the man-made.

The Northern Lights are a phenomenon occurring when particles from the sun interact with the atmosphere in earth’s magnetic field, and can be experienced in Iceland during the winter months.

An ambitious scene that many travellers hope to encounter at least once, this was definitely at the top of our list. The best time to experience them is late at night, so the excursion began at 9:00pm, and approximately one hour drive into the outskirts, chasing the lights.

No, really, we were on the chase for the northern lights.

Unfortunately, though we did finally catch them, the weather conditions meant all we could see was a faint shadowing of the aurora. This excursion is really a hit or miss, because so much depends on the weather, but do not be deterred.

Between fighting the freezing cold, and the excitement and anticipation, the experience was just as exhilarating.

For this excursion a driver’s licence is required, so if an activity such as this is right up your street, remember to bring it.

Though a hefty sum of money for a one hour drive on a snowmobile, a golden circle tour is included, and you get to experience the terrain of the Langjökul glacier. This will definitely be on my list when I return.

As for the cuisine, Iceland’s fishing industry has for centuries allowed the inhabitants to consume fresh fish year round through sustainable fisheries, thus it is a vital component in majority of dishes, and will not disappoint.

We dined at a cool pizza spot, called ‘The Pizza with no name’. This is a restaurant and bar with a seriously cool vibe, serving some of the best pizza around. They use only the best Icelandic ingredients in their dishes, such as seafood and pickled vegetables.

The owners of the place have two other ventures in the capital, KEX Hostel and the Dill restaurant. We stayed at the KEX hostel, that shares a similar vibe with the nameless restaurant.

A former biscuit factory that was converted into a hostel, bar and eatery furnished with vintage recovered materials, Reykjavik has an array of chic coffee spots to stop by during the day, and even one that turns into a bar at night.

Kaffibarinn operates as a coffee spot by day, and at night turns into a bar, with in-house DJ’s. The nightlife in the capital is usually buzzing around 1am, when majority start their night and with a 5:00am closing time for bars, the partying continues well into the morning.

Praise about this Nordic nation of around 320,000 has been in abundance, with publication after publication including it in their travel destination picks.

It was not surprising to find out that Iceland was the fastest growing European destination, with the European Travel Commission (ETC) reporting a 30 per cent increase in international visits for 2015.

Getting there could not be easier, with EasyJet offering direct flights from London via Luton, Gatwick and Stansted to Iceland’s main international airport, Keflavik, and once there, transport via coaches can be booked either at the airport or beforehand to take you to the city centre.

All images by Genta Dushi