My awkward ode to Title Fight

I first watched Title Fight play in a crowded Camden Underworld in 2009, shortly before they finally signed to SideOneDummy and released their first full-length album, Shed.

Musically, they weren’t too far removed from a lot of other things that were happening in hardcore at the time, even in London where the scene had seemed to reached its blurred peak.

Dead Swans had just signed to the almighty Bridge Nine Records, and any touring American bands with even subtle ties to the genre were easily filling venues like Brixton Academy when they came over.

There was something about Title Fight that was different though; they just seemed to believe in something.

There was some kind of blunt honesty in everything that came from the tiny stage in the Underworld that night, and I was the cliche anxious kid in the crowd, holding on to every single word they said. I was seventeen and wholeheartedly caught.

I think what makes a band so vital to someone, is that if they catch at the right time and in the right ways, they grow, evolve and shape their art in unison with their audiences own personal developments with real life things, like strange adolescence, drastic love and often weird transitions into adulthood.

Art in its purist form should force connection on a basic, humanistic level I guess. Not necessarily directly, but in some form or other. Even if that connection is just a pure, honest belief in something. 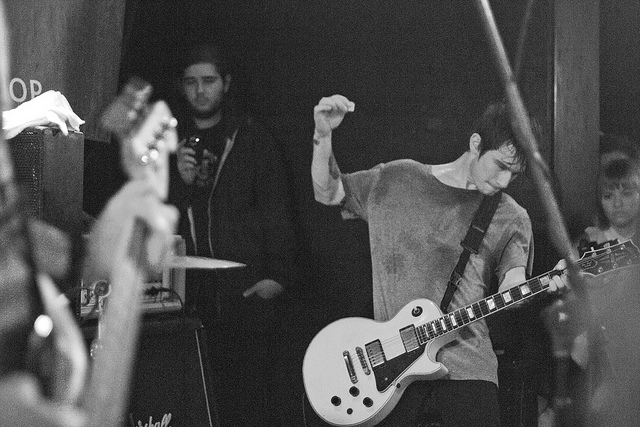 And whilst the elements and ideals that Title Fight are made from have remained constant, with every album they have managed to stretch and coerce the blurred genre from which they emerged from.

From Shed’s harsh, concrete anxiety through to the lucidity of Hyperview, they have somehow shattered a lot of the boundaries a genre like hardcore inflicts, forging an originality that places them at the very crux of modern day alternative music.

Shed was released in May, 2011. It opened with the line “feeling like a bag of bones, shrivelled up and cold – 19 years old”. I was 19 years old, and fuck if a shrivelled bag of cold bones wasn’t exactly how I felt.

I saw them twice that year, once at HEVY Festival in Kent and then again at the Underworld in Camden.

There was something in the sullen, pulsing melancholy of Shed that just translated perfectly to the small venues they were playing at the time, and the Underworld show was such a palette of energy that my only solid memory of it is that they opened with “Coxton Yard” and a sea of bodies and angst seemed to be throwing themselves and every single word back at the stage.

I must have jumped off the stage 27 times that night.

I doubt I’ve been to a more important show since, at least on a personal level.

Turning 21 saw my infatuation with hardcore music wilt, as me and my friends began to find ourselves suddenly caught in the realism of adulthood – and of course Morrissey, and more twidly, emo guitar music.

I think that transition from adolescence into early adulthood comes with very natural feelings of confusion and disconnection too though. Things seem to change so fast, and it can be really easy to feel like you’ve fallen out of a world that felt so familiar and right – into one that doesn’t seem to fit quite so well.

It was June when Title Fight released “Head in the Ceiling Fan”, the first single from their soon to be released second album, Floral Green.

I was on an overground train when I first listened to it. I’d been saving it, buffered and ready in a tab on my phone especially for the journey. It was the middle of summer so I knew the sun would be just coming down, and I also knew a carriage that would be all but empty on the Met line, but honestly, I didn’t know the song was about to float through the steel bars of my lungs the way it did.

It was Title Fight, but it was like they’d found ecstacy and Bleach by Nirvana and written a song about my confusion. I was so weirdly affected by the sound.

I still wasn’t ready for how much of a departure Floral Green would be though. Opening track “Numb, But I Still Feel It” was as blunt and honest as Shed’s “Coxton Yard”, but “Calloused” and “Frown” were all the best parts of grunge and shoegaze combined.

“Lefty” had incredibly romantic melodies, but was packed with an ironic rage that carried it forward almost lucidly – the whole record just had these violent, incredible vibes in all the places that Shed had lacked them.

2013’s EP Spring Songs then marked a short return to the angst of Shed, but with experimentation that flirted with the melancholy, almost Slowdive, sound of both “Make You Cry” and “Head in a Ceiling Fan” of Floral Green.

“Blush”, which opened the EP, was cold and frantic, as was “Hypnotize” which closed it – but in between were two songs that really lit me up.

Those songs were “Be a Toy” and “Receiving Line”, and they represented the the subtlety and depth that the band had started to endure as they headed into their third LP.

They also seemed to have forged a relationship with producer Will Yip (La Dispute, Superheaven, Tigers Jaw) over the course of Shed and Floral Green that allowed them to capture a spark in their writing that translated so delicately and uniquely to their sound. 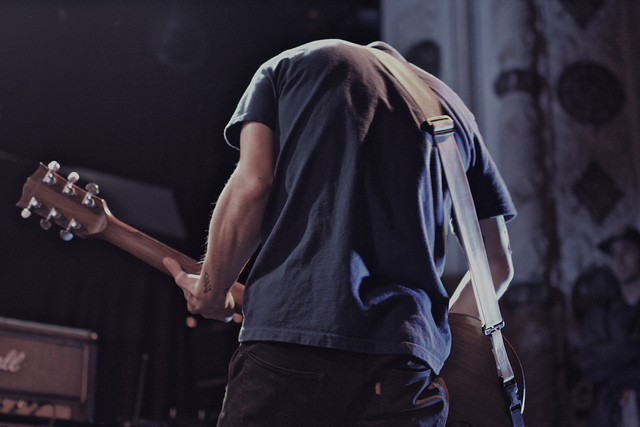 Hyperview was finally released through ANTI- in February last year. It was strange territory for the band to explore, and opinions tend to drastically differ on the subject – but to me, it’s verging on a shoegaze record.

And if Shed marked Title Fight’s breakthrough, Hyperview was their seminal release.

It injected me with the strangest feeling on first listen. It was like the best splitting headache I’d ever had.

Not only did I instantly consider Hyperview to be Title Fight’s best record, it signified something a little bit deeper for me.

I listened to it daily over that summer, after I landed a job as a music writer and spent three months chasing some of my favourite bands around London for interviews.

Now when I listen back, I realise it had accidentally become the soundtrack to one of the best summers I’ve ever had as a strange, musically obsessed adult.

I don’t think I’ll ever listen to Hyperview without that feeling coming back.

I realise now that it’s because it probably defined my last real youthful infatuation with a band like that.

Getting into Title Fight at 17 because I related to the anxiety of it all was no different to teaching myself Dookie on guitar at 14 – or forever wishing that I was Morrissey.

Music offers us an escapism that nothing else really can, at least not in the same, vital way. What Title Fight represent to me – on a completely personal level – is a progression from insane adolescence to awkward adulthood, and every one of their records managed to offer the perfect soundtrack to the madness and weirdness of all those feelings.

I’m not 19 anymore, but sometimes I do still feel like a bag of bones. I’m also eternally hopeful I’m not too old and bitter that I can’t still connect with a band in that same way.

Title Fight are by no means my favourite band in the world, but sometimes timing is everything.