Awakening the physicist in you 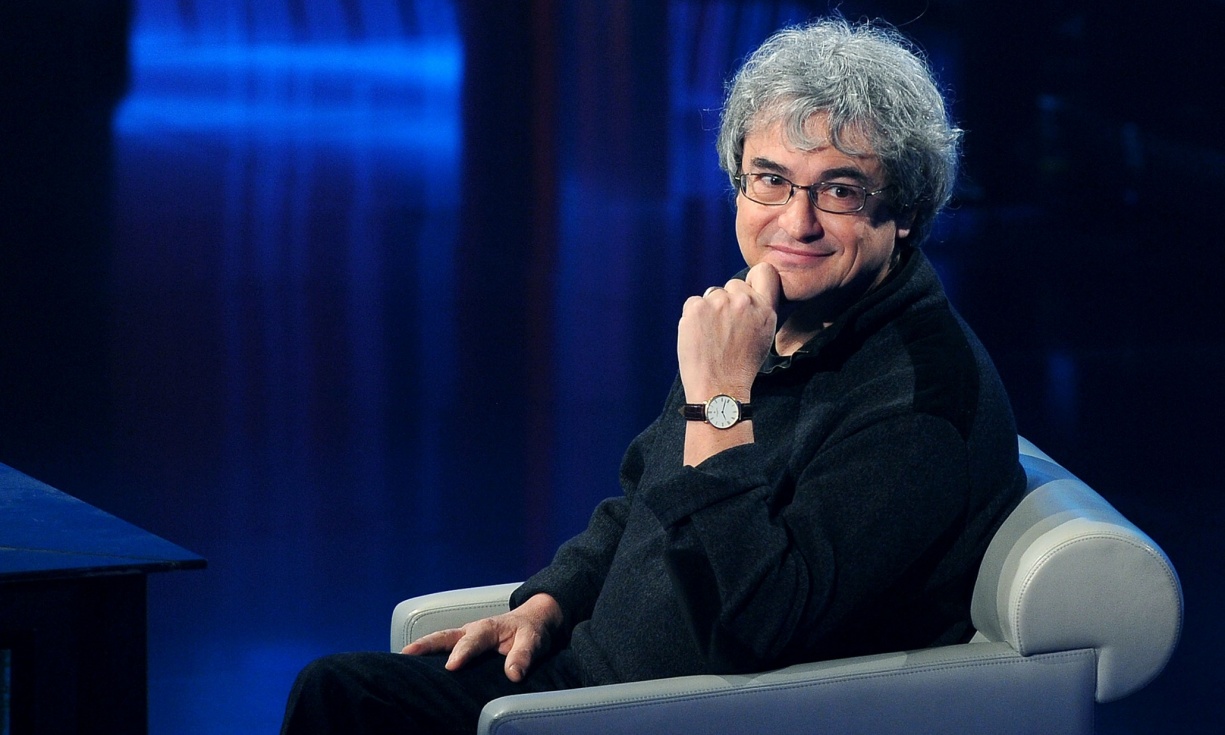 “Endless frustration with few moments of elation, this is research in science,” he says triumphantly. 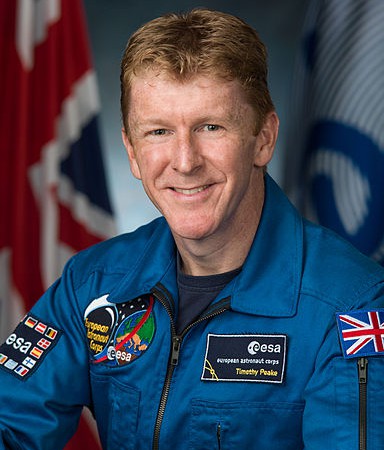 In 2014, he attempted the unthinkable: he endeavoured to make physics appealing to the layman, perhaps like you and I, who do not know a thing about the world of science.

Ever since Briton Tim Peake launched into space, and currently still finds himself there, a science revolution kicked off amongst the public.

This big national event sparked a huge surge in interest in the subject of physics – we now find ourselves looking into the skies, trying to make sense of this complicated but mesmerising planet we happen to live on.

Rovelli managed to explain some of the most mind-boggling theories in a concise, but comprehensive 79 pages.

Lessons on ‘Einstein’s jewel’, also known as the most beautiful of theories, exploding planets, monster black holes and our position in the universe are explored in his enthralling book Seven Brief Lessons on Physics.

The lessons are an expansion of a series of articles published by the author in the Sunday supplement of an Italian newspaper.

The lessons were written for those who know little or nothing about modern science, which in itself is a bewildering thought to Professor Rovelli: “They do not know what they are missing, it’s like people who do not care about music!

“People have very diverse attitudes towards science, from fear to adoration, from fascination to reject. I do not want to preach others how they ought to view it. I just describe how I see it.” 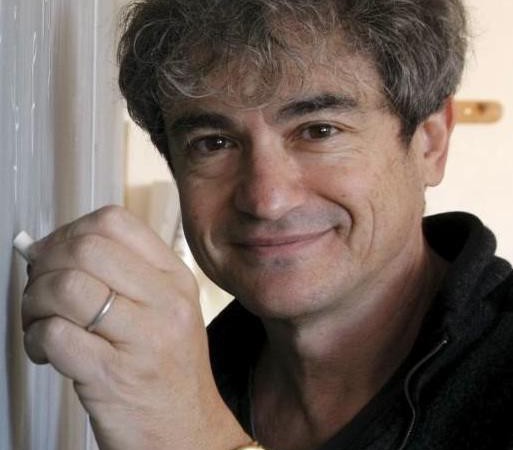 Captured is the beauty of science and the excitement of its concepts, much like a love story, as Rovelli himself puts it: “the seven Lessons on Physics is a bit like my love story with science”.

Rovelli was a good boy in his early years, living with a loving Italian mum. He was known as a furious, rebellious student, during the times of the hippies.

He did not plan on becoming a scientist, it was only until his dream of a revolution and a gentler world started to look implausible that he discovered other revolutions: revolutions in science, a world in which he could possibly find a free spot to take part in and step into.

Rovelli never intended to become a professor but his strong sense of character drove him towards academia: “I did not want to integrate, fight for money and little crumbs of power. The academia sounded like a good refuge to remain as free as possible.

“If you do science just for writing papers and having a career, you can just march ahead; you do science because you want to really understand nature.”

He was first introduced to Einstein’s theory when he was trying to unwind from schooling, as you do, by reading a book on general relativity while laying on the beach; a book of which the corners were crippled by mice, as he “used it to block the holes of the creatures”.

During this, he came face to face with the beauty of reality: “Every so often I would raise my eyes form the book and look at the glittering sea: it seemed to me that I was actually seeing the curvature of space and time imagined by Einstein.”

He refers to Einstein’s general theory of relativity as some sort of ambrosial tasting candy: “Sheer beauty, a masterpiece of this order.”

Rovelli has an eye for abridging complex matters without it being overtly arduous, possibly where the years of experience as a lecturer comes to play.

Endless scientific reasoning is replaced by serene and uncomplicated explanations of modern science. He ambiguously describes modern science as a “stupendous period of expansion, but also under attack by various cultural forces,” leaving the reader wonder what he is implying.

The Law of Universal gravity suggests the presence of a force that attracts objects toward the Earth, which is a similar approach Rovelli takes to attract people to science, like a magnet: just the way things fall toward the earth, Rovelli hopes to gravitate people toward science by simplifying modern scientific concepts.

Seven Brief Lessons on Physics was an instant number one bestseller in Italy and has been translated into twenty-four languages. 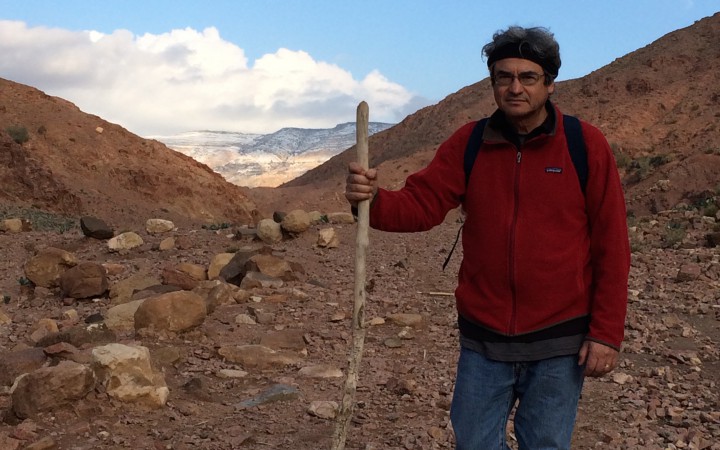 Although he refers to life as being ‘brief and wonderful’, he still cannot escape feeling depressed some days, as if everyday is a failure: “It [science] is a challenge but also a pleasure, a bit like climbing mountains.”

There are currently many pressures on scientists, from scientists selling speculations like string theory of multi universes, to the media following such frivolous, ‘scientific’ stories up:

“They [the press] often exaggerate for the sake of capturing attention. Scientists are wrong when they sell speculations for acquired knowledge, and the media are all too happy to follow it up.”

“Many people today believe that in the Middles Ages Earth was thought to be flat – that is totally false.”

Science is not about certainty, Rovelli zealously argues, as he believes certainty in science is a concept that beleaguers theoretical physics’ success.

Understanding, challenging and modifying theories are pivotal aspects in the process of developing science. The act of being a polemical scientist is key, in his eyes.

“Science is a process in which we keep exploring ways of thinking. We keep changing our image of the world and our vision of the world to find new visions that work a little better,” he says, explaining the relationship between certainty and science.

This mindset led him to think about the loop quantum gravity theory, which more than a century after its birth remains shrouded in mystery and incomprehensibility.

Quantum physics is where the most baffling aspects of modern physics lurk, all the reason why Rovelli was so struck by its idea and had developed an inner urge to work on the theory – which he previously referred to as “a bunch of equations that explain if black holes can explode much faster than Hawking thought,” something he wishes to explore further until the day he falls off his perch.

“I am getting old. A few more years of this marvellous life, if possible and then serenely facing the end. My secret wish is seeing an empirical confirmation of loop quantum gravity, this is what I am working towards.”

Like Rovelli himself, you are set for a ride where you suddenly feel the excitement when you begin to understand something about the strange, yet fascinating world described by physics. 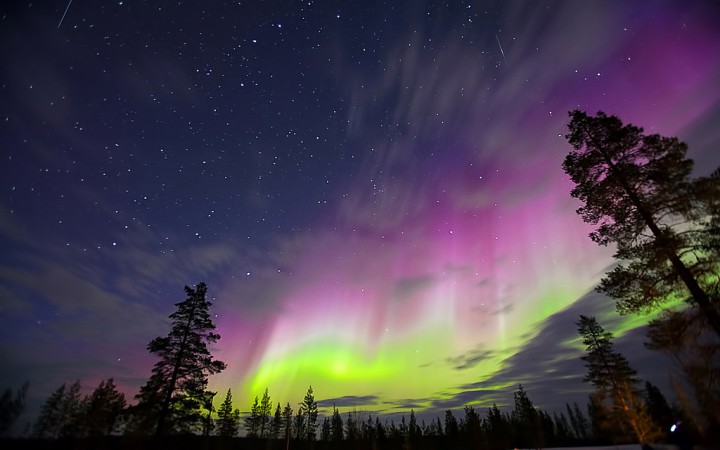 The beauty of our Earth, and a phenomenon explained by physics [Dave Grubb]

Amidst all the science related commotion and infinite curiosity lie future goals of travelling, writing and going through a huge pile of books, but there’s one thing Rovelli always makes time for – “Love,” he says, the most important of things.

Carlo Rovelli is a theoretical physicist who has made significant contributions to the physics of space and time. He has worked in Italy and in the US, and is currently directing the quantum gravity research group of the Centre de Physique Théorique in Marseille, France.

Sevon Brief Lessons on Physics was published in English last year. To get a rapid overview of the most fascinating aspects of the great revolution that has occurred in physics, get the book here.