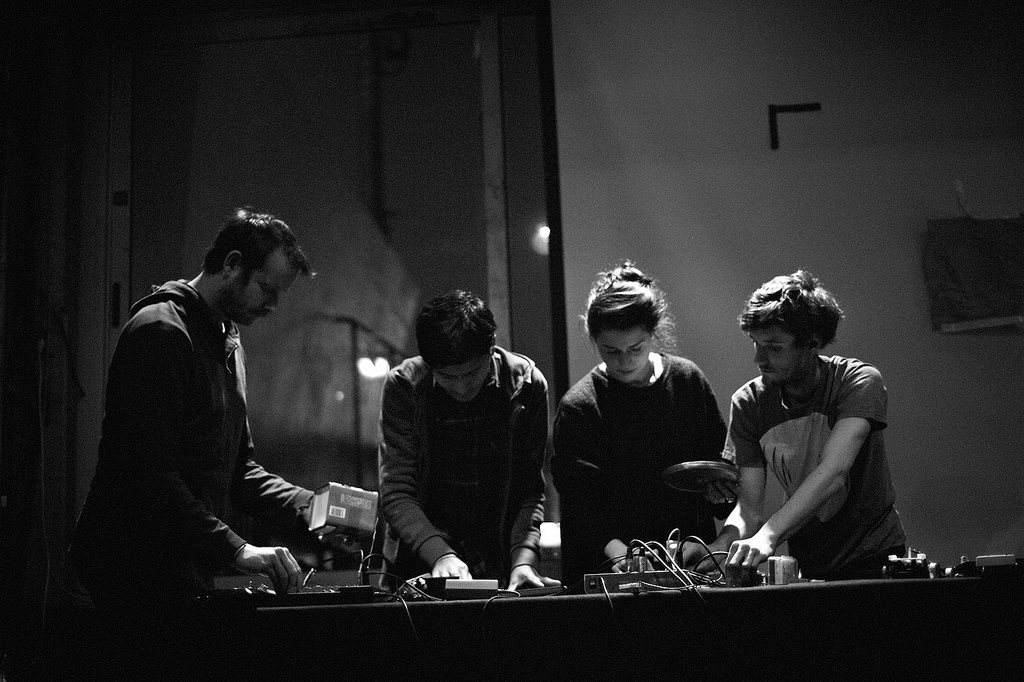 I’m talking about a community that supports the counter-culture defying the necessity for a flashy studio and a team of writers to make an outstanding record.

2015 saw what I’d personally describe as one of the dullest years for music in history: Adele released what was essentially the same album as the one she she released four years previous with seven weeks at number and managed to hit two million sales faster than any UK artist in history.

Sam Smith’s 2014 debut In The Lonely Hour somehow crept back into the top spot on four different occasions and two of the top three selling albums were released in 2014, including Ed Sheeran’s X.

It’s disappointing that almost a year on from the inclusion of streaming numbers since March 25th last year, that the UK’s taste is as arbitrary as we feared.

Of the 37 number one albums only three were debut albums: those by James Bay, Jess Glynne, Years And Years. Personally I wouldn’t describe any of these three as particularly ground-breaking.

This begs us to question where we find solace away from the “plain Jane” behaviour of the UK Top 40.

Whilst the past few years have catapulted seemingly “underground” bands into the spotlight, it may come as a surprise that a number of these have been nurtured by labels into record-selling beasts.

Royal Blood signed to Warner Music before they even released their first single and Catfish And the Bottlemen had label backing long before you’d heard Kathleen.

It’s undoubtedly a label’s prerogative to search for upcoming talent; something unexpected that’s going to precede a trend, and bands like Wolf Alice and London Grammar are a testament to this.

Now, whilst this can offer a deserving boost to countless acts who’ve worked their underpaid and under appreciated butts off, the very real closing down of UK venues makes obvious that this popularity didn’t spring from the depths of an underground uprising.

The days of Trent Reznor recording drums in his bathroom and releasing a cult classic like The Downward Spiral, even then completely unexpected, seem far less realistic than they once did.

Even Bon Iver’s 2009 For Emma, Forever Ago, recorded in a cabin out in the forest, seems like a distant memory.

Nizlopi’s 2005 single ‘JCB Song’ was the last of it’s kind – a song that got made, played to a few people and after some positive feedback was riskily printed and sold thousands.

Gone are the days of risk-taking. If the One Directions and the Coldplays can tell us anything it’s that capital gain has truly cast out the prospect of artistic credibility in the top 10.

Why instil faith in new music when you can make an easy buck out of an entirely synthetic sound eh?

Are we just waiting for the next super star to release their album so we can all flock to Tesco and put something safe near our kitchen radio?

Despite this, there is a hive of activity occurring underneath the surface and UK DIY is more alive than it ever has been.

In DIY: The Rise of Lo-fi Culture, Amy Spencer talks about how too often the term ‘DIY’ is confused with words like “amateur” or “unprofessional”.

Acts like Aphex Twin, Jamie XX are flying the flag for independent publishing but there’s a colossal amount of activity that goes on beneath the surface.

Organisations like DIY Space For London, a collective that utilises South London’s artistic spaces to exhibit all sorts of acts from Femme Punk Socials to Bent Fest is a cornerstone of the new DIY culture that has expanded to include many smaller movements.

The fact that 25 of the 37 artists with number one albums of 2015 had already earned the same spot previously shows our lack of faith as majority in terms of supporting new music.

Luckily smaller labels like Big Scary Monsters, founded in 2003, are flying the flag for the experimental and the genuinely exciting, looking after bands like La Dispute and Tall Ships.

Founder and independent operator, Kevin Douch told Artefact:  “Of course there are some out there who will sign a band and plug them into a system whereby some of their creative freedom is taken and shared amongst a large team with a view to making them superstars…”

He continued: “There are others, however, and I’d like to include us in this, who very much work with the band, maintaining a DIY approach.

“BSM has always been run that way, where we have good, personal relationships with our artists and will always try to take what they’re attempting to do and help reach targets… I think independent music is about working together and the artist retaining aspects of DIY is crucial.

“A band can write and record music themselves, with members spread all over the place, and we’ve even had bands getting records mixed the other side of the world whilst they listen in from home! They can find fans, promote and distribute it, all from their phones.”

Beloved venue The Owl Sanctuary in Norwich suffered an unexpected and cataclysmic closure in January of this year. Luckily the culture that surrounded the venue supported them, raised funds, sought out new locations and signed petitions all to get the venue back up and running. By the end of February the Owl sanctuary reopened in a fresh location.

Looking to the future, Kevin told me he’d “like to see more DIY venues, a few labels trying new ideas, and a return of zine culture.

“The music press has become a little safe in the most-part and it sometimes feels like the passion is getting lost. It’d be great to see a host of new writers coming through who want to write about music, even to a tiny audience, because they and their readers love it it.”

In a year where music industry sales went down by 11%, in 2015 Bandcamp saw a 30% increase in sales. As well as this, vinyl sales saw an increase for the tenth year in a row, despite CD sales at an all time low.

Kevin explains why this is, stating “sites such as Bandcamp and Limited Run have made all of our lives a lot easier in recent years, whether that’s for music discovery or selling and promotion.

“It’s not exactly DIY but I’m a big fan of BBC Introducing and the opportunities that provides, getting totally unknown bands on the radio and playing stages at major festivals.”

There’s an obvious counter-culture, finished with being spoon-fed the same thing every day, monopolising the music industry into a predictable model that focusses itself more commercially than artistically.