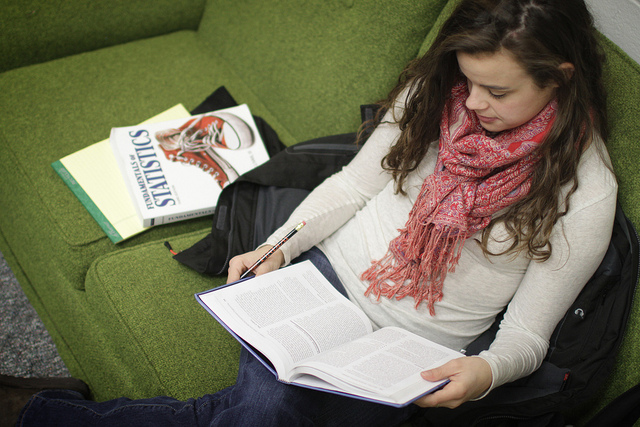 Many university students would agree that they find university hard as they are under a lot of pressure.

Not only do they have to study hard in order to pass, they have to learn about life and also learn the main skills to have a successful career by the time they graduate.

In addition to this, many university students leave university in debt due to taking out loans to pay for their tuition.

Others that don’t end up in debt, find jobs in order to pay it off, but how stressful can keeping a part-time job or even full time whilst studying be?

Some may say that in fact university students don’t realise how lucky they are. Attending university and graduating is much easier than raising a family, especially in this day and age.

Even luckier are those students who graduate without debt, and don’t have to work while studying at the same time.

Are there any positives to students working? Yes, it does help students pay off their tuition fees, on the other hand most jobs available to students are boring and tiring, which will make the university experience daunting.

According to a survey published by Endsleigh in August 2015, eight out of ten students (77%) work whilst studying to help with the financial pressure that they feel at university.

The survey found that 57% of university students said they worked in order to help pay for their food and accommodation, whereas 58% worked to earn extra cash in order for them to socialise.

However in 2014 the survey showed that 59% of students had been employed only to fund their studies, which shows a rise in the different aspects students actually work for.

Evidently, having a job in university isn’t a new concept, however, requiring the job raises different issues; practical, ethical educational and economic.

For example, students who do not work are at university to have the time of their lives. Whereas less fortunate students who are working must stress about the recent assignment that is due in, and at the same time think about working the next day.

The difference between students who work from those who don’t is representative of the class separations that characterise university social life.

These divisions conclude how painful a student’s university experience is and if the students leave university with a valuable social connection.

If it was mandatory for all students to work, it would blur the distinction between the haves and have-nots of different students, which would be a good step to social equality as students who work do not need to feel bad when around students who do not.

Some parents offer to pay for their child’s tuition, which in a sense is good for the students as they don’t need to worry about working – they need to only concentrate on their studies.

However, this way they are not able to communicate with the outside world and learn valuable skills, which they are able to by working. Many students have less contact outside of their socioeconomic and racial groups than they did in secondary school.

Is there any positives to students working whilst studying?

Although it is tiring and hard for students to work, it doesn’t matter how dull and tedious these jobs are. What actual matters are the connections students make with people whilst working.

What students learn while at work, for example bar staff learn how to interact with different types of people, which is far more valuable than spending time at yet another university party.

Though working can be seen as a good thing, students shouldn’t be asked to work full time, or even more than 20 hours per week. Too many hours at work can make it hard for them to concentrate on their studies and form a social connection with people on their course.

21-year-old student Fjolla Haliti, who studies at Goldsmiths University says: “I work in order to not be in debt when I graduate, and this motivates me in a sense. I don’t want to fail university and have to retake, this will mean I’ll have to spend more time at that boring job. I want to finish university ASAP and find a job I enjoy with my degree.”

Another student, 21-year-old Shkelqesa Gashi says: “When I work I feel responsible, like I don’t need to rely on anyone I can make my own money and study at the same time. This will also prepare me for the future when I get a serious job.”

This suggests that working and studying give students that small piece of obligation to fund their university education, which will help them have experience for their future.

Many universities even offer different programs that are able to help students financially, ranging from bursaries to technology given for a cheaper price. University teaches students different kinds of life lessons. The majority of students at university feel that it is the first time they have complete autonomy over their lives, but does require students to work actually prepare them for the real world, and is it the best choice? 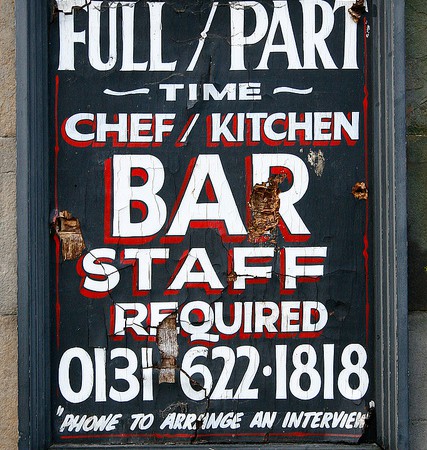 The most popular jobs students have whilst at university are:

•Food service – Lots of university students work in the cafeterias, bars or restaurants but will this kind of job give you any real-life experience?
• Baby sitter

Back to the survey conducted by  Endsleigh, within the 4,642 students surveyed, 53 per cent remain dependent on their parents for financial aid whereas 74 per cent rely on their student loan as their main source of income.

And even though more students are now working, 46 per cent still use their overdraft to help make ends meet.

On average, those in work earn an average of £412 a month during university term time. But the survey also revealed a considerable disparity between male and female earnings.

Whereas men are paid an overall monthly average of £522 – which takes into considerable both full-time and part-time jobs – females earn 36 per cent less at £334. For full-time jobs alone, the difference is even greater. With a difference of 64 per cent, men are earning an average of £1,666 a month compared to the £1,010 earned by females.

Nonetheless, the survey showed that money concerns were not the sole consideration for students engaged in work – 87 per cent said they had undertaken work to develop their life skills and bring weight to their CV.

It could be argued that it is a form of social engineering if students are required to work, but if the white-collar-jobs go to students who are from a wealthier background, and the students who are from lower-income households have to work and study and get the blue-collar-jobs, it won’t do a thing to help social equality and in addition to this, the skills they have earned whilst studying and working, really contribute to nothing.

Yes, students can spend their years at university working in retail, working at restaurants or bars, but that won’t make them more desirable in the job market.

Owner of Huttons Hotel, Nitesh Patel argues: “My best employees are the ones who are self-driven, not the ones I have to “require” to do work. What most employers want are goal-driven, complex-thinking, team players.”

Students who have to work whilst at university don’t have time to do other activities, sign up to clubs at university, possibly even studying. Although working part-time may not effect grades, with only so many hours in a week working could mean that it’ll take longer for some students to complete their degrees, which will lead them back to square one as the cost of their tuition will increase if they need to retake.

Students should have the ability to dedicate every necessary resource to study their field of endeavour while discovering more about themselves and life. Although, some students may find it hard working and studying, evidently there are an equal amount of positives and negatives.