In conversation with | Sara Shamsavari 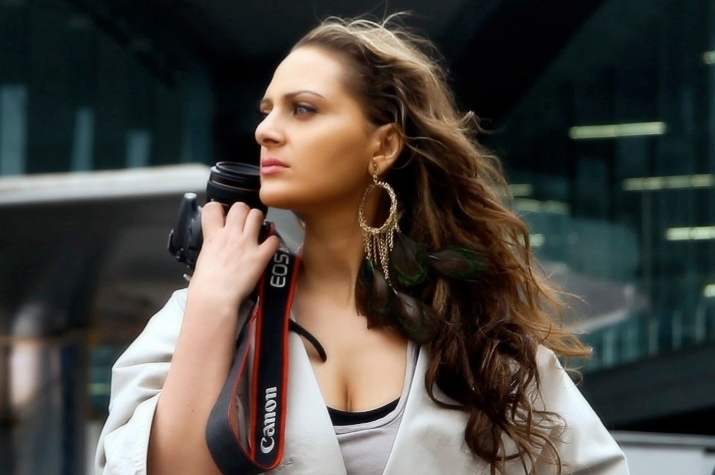 Sara Shamsavari is a British artist whose work explores identity and representation through cultural and social norms.

She was interviewed in the recent documentary Exploiting it, which is a film looking at Islamophobia and the exploitation of Muslim women in the media.

In various photographic series, Sara Shamsavari reveals the distinctive persona women from all over the world own.

Born in Tehran in the midst of the Iranian revolution, Sara fled to London at a young age and started to explore her identity and the multicultural environment she was surrounded by.

She graduated from Camberwell College of Arts, which was an empowering experience as an artist.

“I had the freedom to explore different mediums of expression without the pressure of being pigeonholed into one,” she tells Artefact.

“The fact that I was also a musician, at least back then, was welcomed as having various creative outlets for expression and was something that was well embraced at Camberwell.”

She took philosophy as an elective while at UAL, which brought her new perspectives to explore through her work.

For Sara Shamsavari, identity and representation are core ideas when starting new projects, as all her work embrace the two concepts.

What other influences did the artist get from making honest and colourful portraits of communities and people?

“I am also deeply inspired by the concept of transformation and our ability to respond to life challenges and injustices in new and beautiful ways.”

One of her series, Britain Retold: A portrait of London, is an exploration of British identity as known by the diverse communities living in London.

Sara hopes to achieve a certain cohesion among communities and people coming from different cultural and social backgrounds. 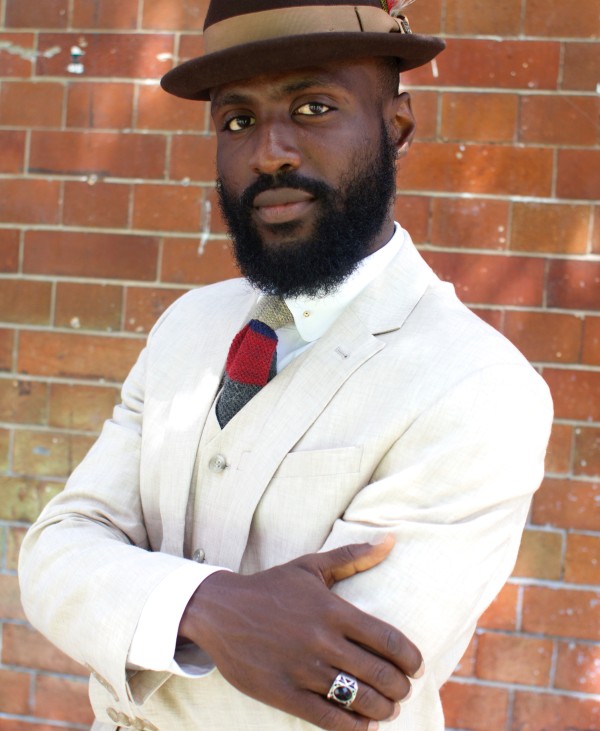 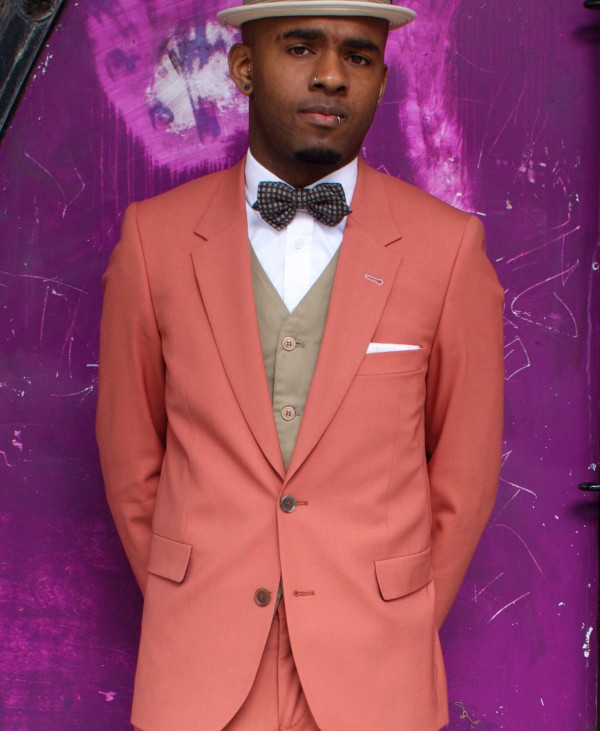 “I have also contributed to incredible series such as The Dandy Lion Project by curator Shantrelle P. Lewis that challenges its audience to rethink the monolithic perspectives of Black men that are perpetuated in mainstream media today,” she said.

London Veil was the first series Sara made: portraits of young women wearing the hijab on the streets of London. She then visited Paris, New York and Toronto to get hold of those fashionable young women.

“I began the series in 2010 in acknowledgement of this group of people who are young, female and visibly Muslim at a time where the image of Muslims and particularly those from the Middle East is so misrepresented and so maligned, yet  they choose to shine wherever they go -a perfect illustration for the concept of transformation,” says Shamsavari. 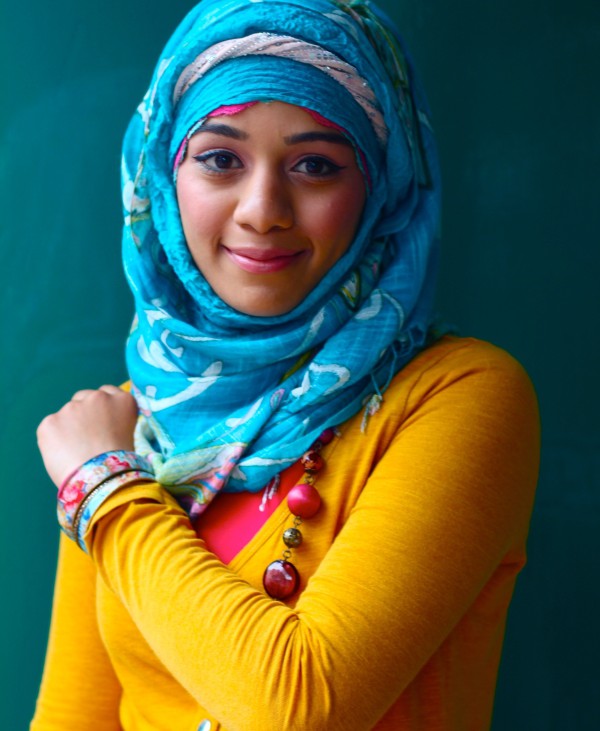 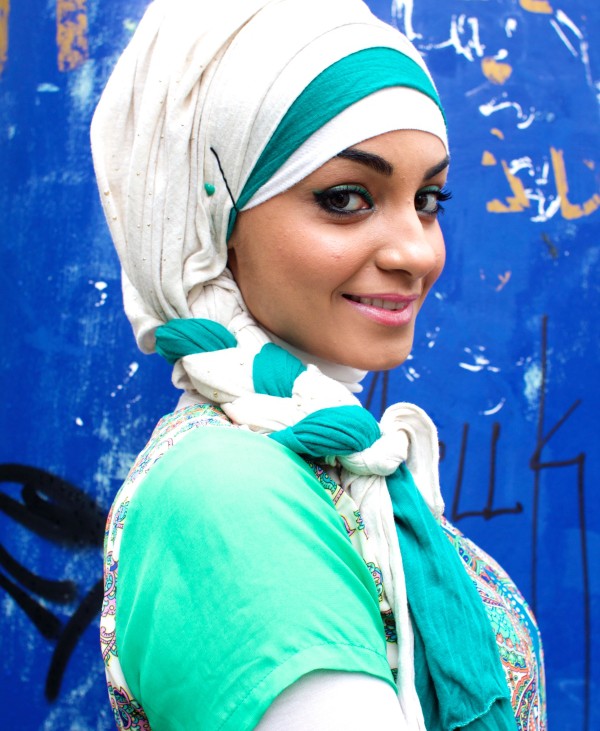 The series were exhibited at the Royal Festival Hall last year and were praised by newspapers and media outlets such as The Guardian, BBC1 and Elle magazine.

“I have had feedback from audiences across the world who feel it challenged or changed their perspectives about women who wear hijab,” she says.

“It also put these women firmly in the picture sharing their perspectives as part of the feminism movement through their inclusion in a film directed by myself and James Maiki, which featured as part of Southbank’s WOW festival.”

What does the Iranian born artist want to achieve through her work?

“I hope to expand perspectives with a message that each one of us has the right to choose our experiences regardless of age, religion, gender and any other label.”

Sara Shamsavari shows to the world that beauty has many different possibilities and that Western beauty standards might need a bit of exploration with its younger generation.

“The Veil series and other projects simply ask us to look at each other as human beings, observe our differences and our similarities and understand that each person, including this often misrepresented group of women, is far more complex than the stereotypes assigned by mass media,” she says.

“I am currently working on an exciting art and science collaboration with geneticist and humanitarian Imad Yassin,” Sara says.

The Veil series and the Dandy Lion project will feature in a touring exhibition named ‘Resignifications’ by NYU Tisch.

The Dandy Lion Project will be showing at the Museum of African Diaspora in San Francisco on April 28th, Miami’s Lowe Museum of Art in February 2017 and in the UK (details to be announced summer 2016).

Featured image by Andrew Seot, all photographs by Sara Shamsavari.