Paradise: A haven or state of euphoric well-being.

One person’s idea of paradise may differ from another. In the summer of 2015, whilst traveling around south-east Asia, I had thought I’d found my ultimate paradise. Koh Phi Phi – the island made famous from the film The Beach.

I was stuck there. I was sucked into the crystal clear waters and the silken white sand. I’d traded footwear for bare feet and spent two months of my life prancing around this island I called home, wearing minimal clothing and basking in the tropical Thai weather.

This was my paradise. It was my own little bubble away from the horrors that were happening around the world. I felt safe. Confined to island living and immersing myself into a culture that was so alien to me,  yet it quickly became the norm

Being an openly gay man I was never subjected to any sort of homophobia in this dream-like world. Within days I was offered a job which consisted of 400 baht (£8) a night and three buckets filled with petrol-like alcohol.

I would PR for an hour, whilst consuming my first bucket and then for the remaining four hours the workers and I would dance around the beach, holding signs and promoting free buckets if men would strip naked and girls flash their boobs, whilst going underneath a flaming limbo stick.

One of the workers and I, who became like family, would go underneath the limbo naked every night just for fun. There was a feeling of empowerment, a freeing feeling around objectifying our naked bodies. This was another world. It was a party haven and I became addicted.

We would party every day and night. There wasn’t anyone telling us to stop, nobody telling us what to do. If we weren’t on the beach during the day we were on a boat party sailing around, carefree and living the life.

It was the best summer I could have asked for, and I created friendships that have lasted. I even ended up with a tattoo on my right shoulder which everyone who works on the island gets.

We all became a family. One unit. Everyone just loved and laughed, drank and danced. You forgot the real world existed.

I remember my dream-world becoming reality when the bomb happened in Bangkok, baring in mind we were an island south of Thailand and we had become friends with lots of the locals.

It made a lot of us realise that this wasn’t real life we were living, but just a fantasy façade.

Towards the final days of my trip, when I was due to fly back to England to continue my final year at university I almost stupidly deferred my place.

I remember thinking that I would be too depressed to leave. Why would I leave this perfect place and go back to a reality with so many things that anger me? 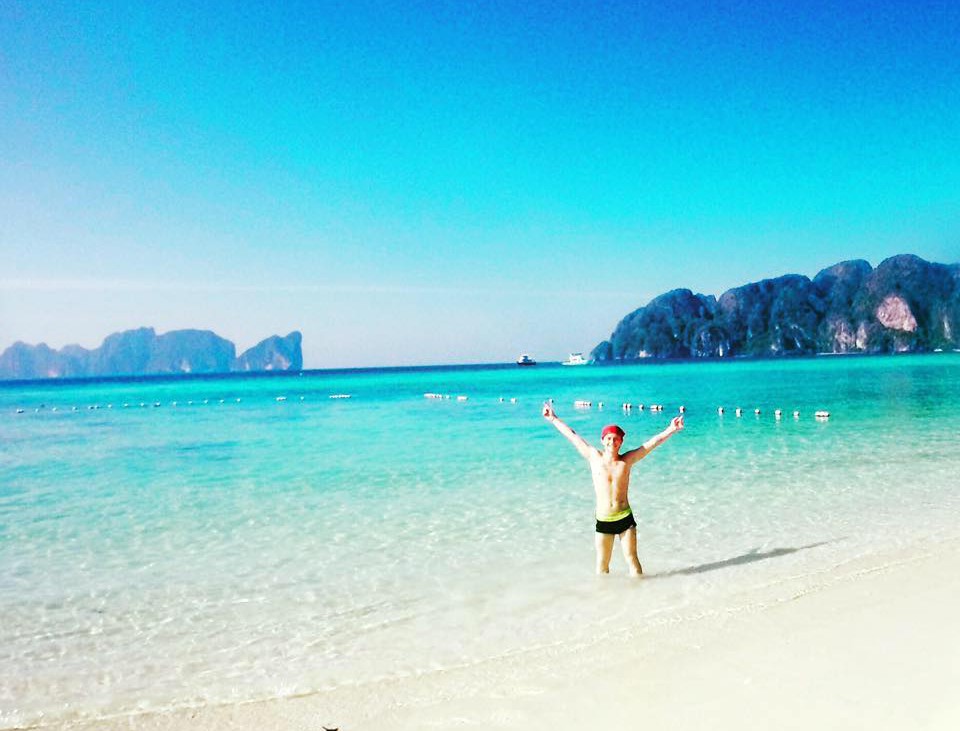 Thinking in a realistic sense I resentfully flew home to complete my final year, leaving behind a family I’d created. It’s so easy to get sucked up into this perfect paradise, but looking back at my alcohol consumption and how little I was eating is kind of shocking.

My health was never a concern. I had spent my days in beautiful coves and snorkelling with sharks. What could have been better?

Rebekah Fulton, a girl I became friends with on the island, says her original intentions were to stay just two nights: “I realised it was my idea of paradise and I have now been here just under two years, visiting home once to see family and friends for a few weeks.”

But what was it that made her decide to give up the life we are manipulated into believing in the correct format, for life on a beach half way across the world?

“Phi Phi is my little bubble which I’m more than happy to get lost in! I have no major stresses, my friends all live minutes away from me and I can spend my days chilling’ by the pool.

“The only big responsibility I have is to remember is to put my laundry in, and I am so okay with this life style! I understand it’s not for everyone. Some people don’t understand why I want to live life not making loads of money to put in a savings account. I’m living the holiday you save all year for. It’s my never, never land.”

Mornings on Koh Phi Phi consisted of waking up in my bamboo hut and hydrating my body before indulging in the first beer.

I’d trot around barefoot from one side of the island to the other within around 10 minutes and it was impossible not to bump into someone you knew.

It was complete bliss, one big community we had created. When one worker would leave to go back to reality it was always a sad day, but with an influx of new people daily the sadness quickly turned into an erratic night out.

One of my best friends, Josh Lankshear, said his original intentions were to “get hammered and have sex,” which is a common westernised notion of what this party island is becoming.

He didn’t know he was going to get sucked into the island, but it happened: “When i got there it was supposed to only be for a week but after a few days there I was offered a few jobs which involved getting drunk, partying and entertaining people which is my dream job and ideal for me so I ended up taking the jobs and then realised you can keep extending your stay so I ended up staying for eight months then.”

Is the Phi Phi dream over for Josh? “No way! I came home for a few months for a little detox now going back in April to do it all again.”

With Thailand, a scary and daunting part of this experience are doing visa runs.

People would go to the Malaysian border and back, or travel to Laos to get a three- or six-month visa. Sometimes they will reject you if you’re unlucky, which results in being deported.

One story of a guy I met that is now in a Thai prison got completely sucked into the lifestyle. He ended up broke, homeless and had overstayed his visa by three years.

When he was finally caught, he was imprisoned and will now be deported, never allowed to return to the island.

This was a darkness that I hadn’t experienced, but I had heard existed.

Although I had never met these people, I’d heard stories of suicides from workers on the island. It’s a shocking contrast to the image I had built.

You imagine this place you’ve found is the crowning haven to your existence, but the lifestyle can become too much.

Stephanie Sibley, moved from the crazy party life of Koh Phi Phi to an island just across the Andaman sea, Koh Lanta. She told me about what Phi Phi was like when she first arrived. 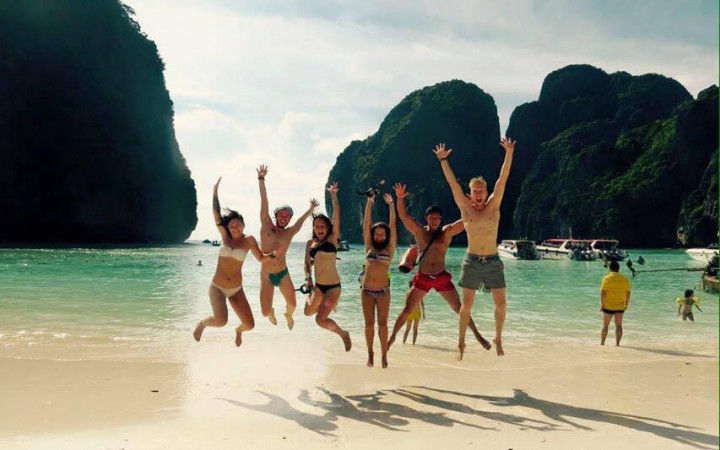 “I enjoyed my first experience in 2011. The atmosphere was electric and you couldn’t believe just how the island itself was beautiful. I returned again in 2015, still the same party island I remembered but with more hotels and dirtier beaches. The strip where the main party scene is filthy.

“But apart from the spoiled beaches ruined by grotty youths the island became a paradise prison for me. You felt safe and confined within the space, leaving almost felt frightening. You become wrapped in a bubble. You know everyone and it becomes like a family unit.”

The sad part about how the island has become a catered paradise for western people is that the Thai community have lost any sort of cultural back ground they came from, and have adapted to fit the party life style – you wouldn’t think you were in Thailand.

“I became almost scared to leave because I had lost sense of the real world. That’s what keeps you coming back – the sense of being lost and almost not wanting to be found. I found myself in the darkest situation but still it wasn’t enough for me to leave.”

After going back to visit the family I had created at Christmas, the love and sense of party community was still there, but I realised it was too much for me.

There is so much irony in the comparison between Phi Phi and the movie “The Beach”. This paradise that people find being locked away on this remote island can easily, and quickly, turn into a hellish nightmare.

I had the time of my life, and was living the dream. Some people can handle it, but for others becoming lost in paradise isn’t exactly the never never land that they once hoped.

All images by Thomas Hibbits

By Liza Neziri
3 Mins read
David Weinberg, founder of Cure for Earth, tells us of his battle against the plastic crisis in the southern islands of the Bahamas.
Travel

By Beatriz Martins Reina Romao
6 Mins read
We explore the Algarve in Portugal, known for its amazing beaches with idyllic views.