Romanians in Britain: the stories behind the headlines 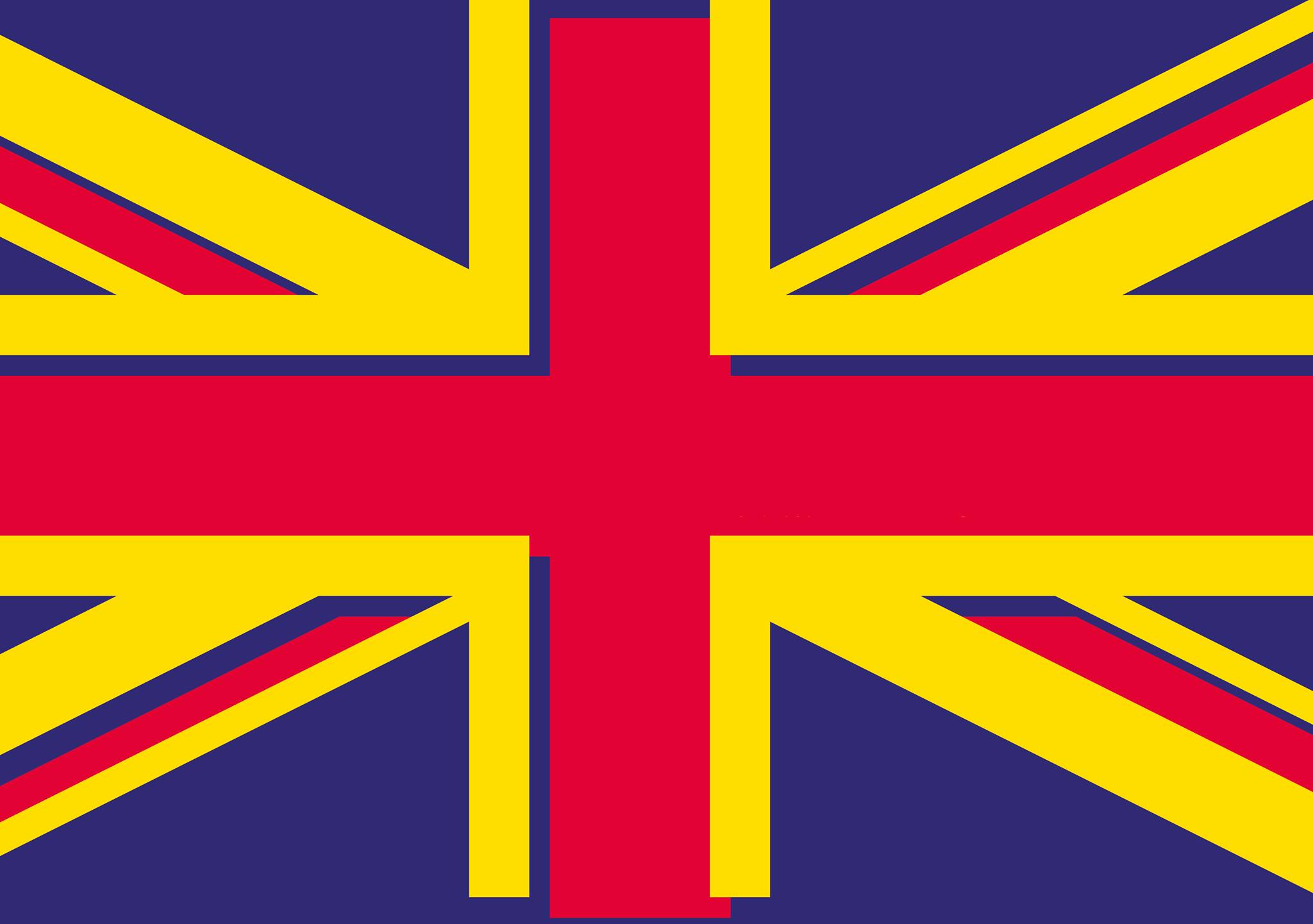 Romanians have long been the focus of popular concerns about migration, with suggestions that many come here to live on benefits or even to commit crime.

There are estimated to be more than 120,000 Romanian citizens in Britain, yet very rarely do we get to hear the reality of their lives.

Artefact magazine has spoken to four young Romanians about the challenges of making a life in a new country.

I came to London on the 15th of October 2013, with the help of some people I knew. Even though I will always be grateful to them for this new start, I hope that I never see them again. They took advantage of me, of my naivety and of the fact that I did not know anyone here.

After six weeks in which I was a nanny, a cleaner, a servant and a humble slave in that family with two underage children, I decided that it was the time to set aside my trust in them.

I asked them either to help me with the documents and a job as they had previously promised or send me back home.

They threw me out with £20 in my pocket, after the wife unfairly accused me of physical assault and I ended up on the streets with the little luggage I had and with no money.

Fortunately a friend put a roof above my head, food on my plate and let me use his documents after I found a job. He offered me a place to live and the help that I needed: I will always be grateful to him.

After a while, some close friends of my mother’s invited me to go and live with them in Wellingborough, because my situation was unstable at work and where I was living.

Those people welcomed me in their home, offered me a job and fed me. I lived with them for a year, and then I moved back to London thanks to my sister, who moved here meanwhile, together with her boyfriend.

After I lived with them for two months, my sister and I decided to move out in order to be completely independent, and since then my life has returned to normal.

At the beginning I worked as an unqualified demolition worker, and after this I worked in construction. I was often put in the leader position of the worker teams; an unofficial position but a respected one.

Here in Britain I have encountered racism and discrimination, but at the same time humanity, goodwill and acceptance. I came to the conclusion that everything is relative, everything depends on circumstances, people, their education and how you approach them.

I thank Britain for offering a future through my work, and I hope that one day you will realise that Romanians are your last problem.

I decided to come to the UK last summer, even though I had a steady and well-paid job in Romania. I chose the UK because I knew enough English to manage myself here and additionally many friends of mine were already here.

I met English people in Romania and even worked with some, and I liked their mentality, their way of doing things.

At first I worked as a packer at Amazon and at the moment I am a kitchen porter at the Hilton and after two weeks I have been offered the position of team manager.

Before my arrival here I arranged with some friends to live with them for a while, but when I got here, because my card was not working and they were in a bad financial situation, living five to a room, I had to ask another friend for help.

She was living with her boyfriend in a studio, but when I arrived at their place, I found out that they were even poorer than I was. After three days, both of them got fired. For three months I paid the rent for all of us, the bills, and the food.

At one point I kept having discussions with them on this subject. I mean, ok, they welcomed me in their home and they helped me, but I was not responsible to raise them as my own children.

I think that I returned their favour enough. One day, the guy moved out and got a job. After he left, she got her job back at Amazon but they fired her again after four weeks.

She immediately found a job in cleaning, but resigned shortly after because she said that everyone was taking advantage of her.

I must admit, Amazon for me was the worst experience in my entire life: it felt like a mix between prison and the army. If anything went wrong it was my fault but that didn’t stop me from going to work and earning the money I needed for rent and food.

For the last six months I have been living in Bristol, at a hostel. It’s for poor people and I pay £90 a week. I briefly considered asking the council for help, but I changed my mind.

I am young, I can work and sort things out on my own. It doesn’t matter where you live and what you are doing, it is important to do the right things for you. I like the UK, especially Bristol, I think it’s pretty cool.

Two of my friends helped me a lot. One of them didn’t buy a plane ticket to come here and one of them missed his rent, so that they could send me money.

This represents the most significant moment for me since I have been here. I see the future as a sunrise: a new day, a new challengeI am the type of person who gets back up after every fall, no matter how hard it is.

I think that no matter how big my problems seem to me, somewhere in this world someone has gone through worse problems than I have and managed to move on. I am just foolish or naïve – or both.

I am passionate about music and writing lyrics. I heard that London is the best place to become a great artist. One day I dropped out university, bought a plane ticket, packed a few clothes, put the guitar on my back and left.

When I got here, I had no place to go. I was homeless, but every night I went into bars and asked them to let me sing there. I sang on the streets, raising money for food, and I slept in the parks.

My family didn’t know. I used to pop into Vodafone shops and call them on Facetime, tell them how good things are and what a great job I got. I was smiling and pretended to be happy but I was crying inside. I didn’t want to tell them the truth because I didn’t want to disappoint them.

One day I was singing in the street when one of my friends from home saw me. When I finished the song, he started clapping loudly. I recognised him, and I was so happy to see him.

I found out that he was homeless too, so we became homeless together. For many months we struggled. We were stealing food to eat and clothes from shops.

We were caught once when we were trying to steal some clothes, but the funny part is that they wanted to hire us because we were the only ones who ever spotted the undercover security people.

The most difficult part about being homeless is not having the possibility to shower, but we found a solution for that too. Every weekend we would go to hotels and look for ugly and drunk girls, because they often accept one-night stands.

When I found one, I would charm her and eventually take her to her room, but I’d ask to have a shower first. After the shower I would say I was going downstairs for wine or cigarettes and leave.

I remember that we spent the New Year’s Eve in a hotel room. We saved some money so that we could afford to rent a room for a night. At midnight we were watching television and drinking beer. We said “Happy New Year!” and went to sleep.

Most of the time we slept in trains or on the street. One night we slept on a boat and the owner found us. He had a gun and shot at us while we were running away.

That was the moment when I psychologically collapsed. I couldn’t do this any more. I called my dad and told him the truth about everything, I asked him to buy me a plane ticket to come home.

I returned home and I registered for university again, but after a while I dropped out again and I came back to London to fulfill my dream.

This time I had £1,000 pounds on me. I met an old friend at the airport who was here with her family. They gave me a lift and eventually I ended up staying with them for a year and having a relationship with that girl.

In the end I decided to leave because I was no good for her. I got a job and I sorted things out.

Today, I work at a big car company and live in a nice house. I am still singing and I write songs for artists in Romania.

I have been here for a year and a half. A failed relationship brought me here. I was together with this girl for five years, but we never got on that well.

That was the moment when her jealousy started. Back home I used to have a comedy group which I travelled all over the country with for shows.

I was also an actor, so there were many girls around me and my girlfriend was jealous about it. At one point, I decided to break up with her because of this problem and we stayed apart for a year.

After a year she came back home in Romania to visit, and she came to one of our shows. We accidentally met there and we got back together.

I gave up the acting and the comedy and came to Britain to show her how much I loved her. Before we got back together I had decided to join the army and everything was set up, but I gave up to that too.

My girlfriend was working at a restaurant with her mother, so they helped me to get a job there as a kitchen porter. Our relationship was fine for a while, but then the jealousy started again. She even stalked me in a bar and accused me of talking to girls.

One day, I had to quit my job because my girlfriend and her mother had a fight with the restaurant’s owner. We all moved into the same house, but I was the only one who managed to get a new job.

They fired me after Christmas, because they didn’t need me anymore. I asked my girlfriend to help me find a new job, but she refused and told me to solve the problem on my own, after I gave up my good life from home and I left everything behind for her.

Eventually I managed to find a job in cleaning at the company where I work now. Step by step I progressed and my position in the company has changed and now I work with medical devices.

About six months ago, I took my stuff and left the shared house in the night. I found a new and moved in there. I have never lived on my own before: back home I was always surrounded by people. Sometimes I feel like the loneliness is killing me.