‘Tail & Twist: They don’t make music like they used to 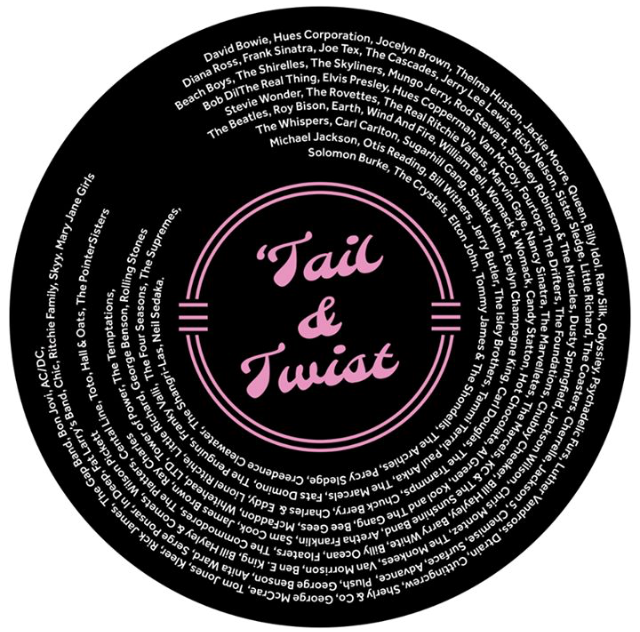 ‘Tired of the same old music every night out? Does your nightlife consist of the same commercial playlist on loop?’

Drake, Beyonce, Rihanna, you name it we’ve all heard it. For the people behind the ‘Tail and Twist, this is most definitely the case.

‘Tail and Twist is an exciting new event that hopes to provide an alternative to the current clubbing scene, playing classic tunes from the likes of the 60s, soulful 70s, old school rock n’ roll, and the Motown era.

Best friends Reece Lamy and Billy Mackie came up with the idea for ‘Tail and Twist as regular club-goers themselves, and with knowledge of the clubbing industry, they were sick of the same old music being played by many DJs.

While Reece has worked within bars and managed clubs around London for several years, Billy is currently a chef and swimming teacher, but both draw inspiration from the musical backgrounds they had growing up.

Artefact spoke to Reece and Billy to find out a bit more about the ideas behind ‘Tail and Twist.

So tell us a bit about ‘Tail and Twist – where does the name come from and what does it stand for?

Billy: The ‘tail’ bit in the name refers to cocktails, as we initially wanted to create a cocktail bar, but then we realised we could go bigger and avoid limiting ourselves to just one venue by holding our night at different venues in London, and the twist part refers to dancing. We are going to have a live DJ going all night, just have the tunes blasting which people can dance to and have a good time.

Where does the inspiration for ‘Tail and Twist come from?

Billy: Well my mum was a DJ in Mykonos, so I draw quite a lot of my inspiration from growing up around that.

Reece: Yeah we both grew up surrounded by these genres of music so we were already familiar with it from a young age, Billy and I grew up together so obviously these influences were always in my life. My mum would also drive me to school belting out George McCrae, and Luther Vandross, she loved it, so I couldn’t really escape it.

B & R: We want to create something that just plays classic music, dancing and cocktails, no gimmicks, fancy dress or themes. We want people just to see it as a night where they can come in and have a good time, we don’t want it to be tacky. 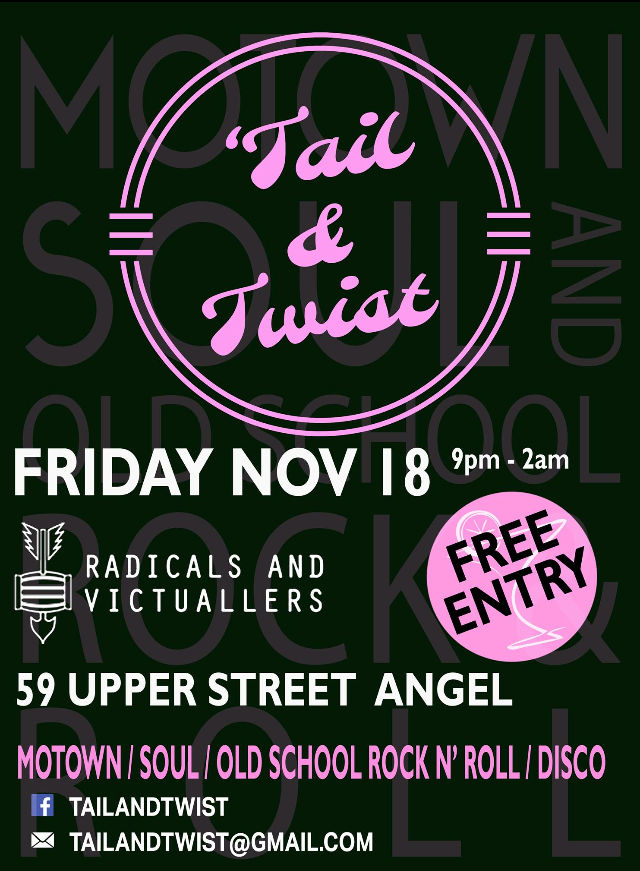 So do you have a particular target market you want to aim your nights at, for example are you aiming them solely just at students?

B & R: Not at all, we want our nights to be open for everyone, we don’t have any limitations on ages. If you like this music and dancing, then we want you there, even our parents have said they will come along!

What makes ‘Tail and Twist unique then, isn’t there anything like this on the market already?

R: There isn’t anything on the market that is based solely on playing this music, without any gimmicks or fancy dress, so that’s what makes it different.

B: A place we take a lot of our inspiration from is Wendy May’s Locomotion. (Wendy May’s locomotion was a club which started by Wendy, back in the late 80s, at Kentish Town’s ‘Town & Country club’ – now known as ‘The Forum’ – on Friday nights. The night club was seen as an alternative to some of the pretentious clubs in London, there was no dress code and the music was soulful, wild and ‘real’.)

What sort of artists/bands can we expect to hear at ‘Tail and Twist nights then?

So what are your future plans for ‘Tail & Twist? Where do you see yourselves going in five years and what do you hope to be doing?

B & R: Well we hope to eventually make our nights so popular and attended by enough people, that we can eventually venture over to other countries in Europe and start hosting nights there.

We want to start out in London, making a market and name for ourselves hosting at different venues. Our first venue is going to be in Angel, starting in Radicals and Victuallers in Upper Street, so we think this is quite a good starting point, and we have a few more places in mind that we hope to be holding our events at in the coming months.

Obviously, it’s quite hard to set plans for venues into stone as we are just starting out and it’s hard to gain the trust/ belief of venue owners. But we are hoping our first night on November 18th will show potential venue owners that we are worthy of holding our events there, and it will give us a bit more credibility and recognition if the night is successful.

Upper Street is such a popular and happening place at the moment that I think holding our launch night here is going to do wonders for us, we have a good amount of people who have told us they are attending already so we can only hope it all goes well!

‘Tail and Twist will hold their first event on Friday, November 18 from 9:00pm until 2:00am and are offering FREE ENTRY to their launch night at Radicals and Victuallers’ –  59 Upper Street,  N1 ONY (closest tubes: Angel or Highbury Islington).