Keeping his audience on their toes, Chancellor Johnathan Bennett performed songs from his latest mixtape Coloring Book, as well as performing songs for his die-hard fans, from older mixtapes, 10 Day and Acid Rap.

“Woo woo,” the ad-lib Chance the Rapper uses to greet the 5,000 people at his sold-out show.

Going straight into performing Angels, one of the songs from Coloring Book that won an MTV Award in 2016 for best hip-hop video.

If there was one word I had to use for Chance’s show it would be: incredible.

He did all the right things during his show from interacting with the crowd, cracking jokes on stage, as well as providing his fans with a memorable evening and making them forget about having to wait in the cold, pouring rain for almost two hours before the doors opened. 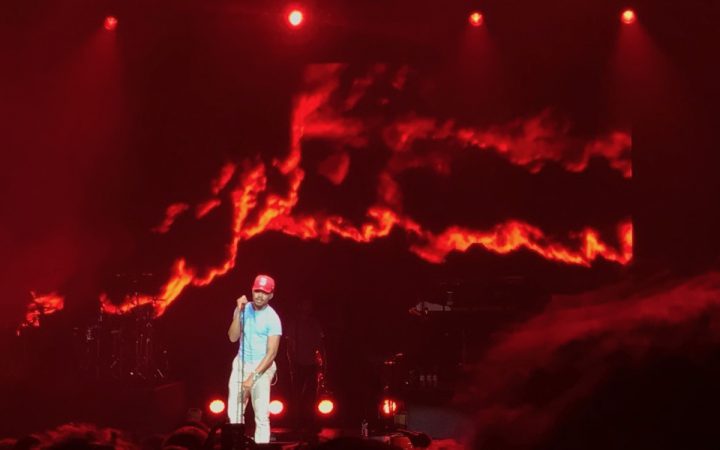 Chance The Rapper performing All We Got at Brixton’s O2 Academy.

Chano is known for the records that he produces that are focused on God.

Hearing him perform them live and hearing the passion in his voice when talking about “praises” and “blessings” was beautiful.

He spoke to the crowd about God and reassured them: “You should talk to him, don’t be scared to talk to him.”

One of the smaller factors from the show that caught my eye were the background graphics on the electronic screen, that changed accordingly depending on what song Chance was performing at the time.

The graphics on the screen changed to song lyrics when Chance performed Sunday Candy, one of his records that he has not officially released, yet.

Being American it was only right that he mentioned the recent presidential election that took place a few days earlier.

He revealed to the audience that friends called him after Trump was announced president, asking: “Can you believe he won?”

It was inspiring hearing Chance talk about being a black man, in America. He told the audience how America have always treated black people poorly and with no respect.

After voicing some well-known facts about America he endorsed the idea of solidarity through “gospel music,” which led him into performing All We Got. 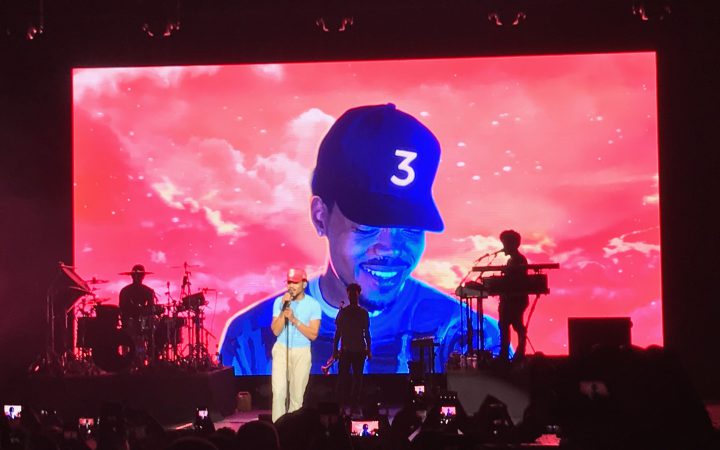 Chance the Rapper talked directly to the crowd during his set.

The Chicago rapper ended the show with Blessings, a song that carries the famous lyric: “When the praises go up, the blessings come down,” with two cannons shooting confetti into the air so it fell gracefully onto the audience.

Below you can listen and watch the music video to No Problems, featuring 2 Chainz and Lil’ Wayne, a single from Chance the Rapper’s latest mixtape Coloring Book.