The refugee crisis has been the dominant subject of many news stories this year and University of the Arts, London (UAL) students have responded.

The Arts Student Union (SU) created Arts SU Refugee Week in collaboration with the UAL Student Action for Refugees (STAR) society in hope that it would provide them with “a better understanding of [refugee] issues,” and enable them to build campaigns which will have lasting effects.

Their refugee week, which took place during the first week of November 2016, involved a series of events including talks with Syrian activists, film screenings and creating art.

The collective goal was to “highlight the voices of refugees, grassroots activists, students and artists.”

The events kicked off with a visit from activists Movement for Justice, an organisation that is “determined to unite all the movements of the oppressed in action [and fight] for the political program needed to win justice for all.”

They are campaigning against Yarl’s Wood and all detention centres with the intentions of shutting them down with immediate effect. 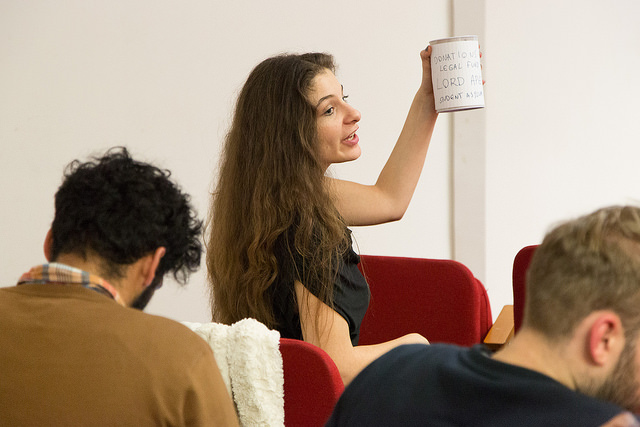 In March this year it was reported by the Independent that the Yarl’s Wood detention centre guards were facing sexual violent allegations, after detainees at the centre appeared to have hung a banner from the building with claims that the staff were “behaving with sexual impropriety towards occupants of the centre”.

Women are held at the centre before deportation.

Movement for Justice shed light on how UAL students can become involved in their campaigns and gave insight into  the “realities of seeking asylum in the UK.”

Ana Oppenheim, UAL’s student union campaign officer, said: “We had a variety of events, from talks and discussions to film screenings and a creative workshop.

“Most of them were well-attended, attracting dozens of students from various UAL campuses – it was an opportunity to look behind the headlines and explore, in depth, more themes relating to refugees and migration.

“We also discussed solutions and various campaigns that students have been involved in.”

[pullquote align=”right”]“We need to make sure people still help refugees and asylum seekers when they are no longer in the spotlight.”[/pullquote]Other campaigns students had been involved in included the Syria Solidarity campaign, deportation resistance, the fight against detention centres, campaigns for scholarships for refugees and more.

The refugee week also included an evening with Syrian activists. The democracy activists were invited from Syria to “explore the causes of the current crisis and tell the human stories behind the headlines and statistics.”

Part of the talk discussed Steve Jobs, the late co-founder of apple, who was the son of a Syrian immigrant who had moved to America in the late 1950s for work. 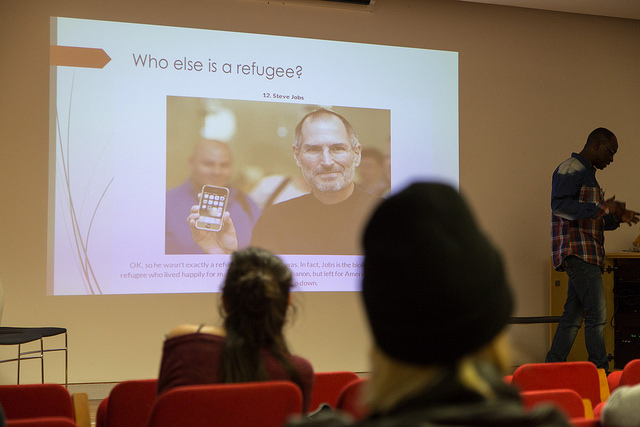 Steve Jobs was used as a case study

Oppenheim said: “We made sure to highlight the voices of refugees themselves, as well as grassroots activists who have been working with them.

“I think it’s important to counter the sensationalist, dehumanising media narrative with facts as well as personal stories, and to talk about much-needed practical solidarity,” she said. 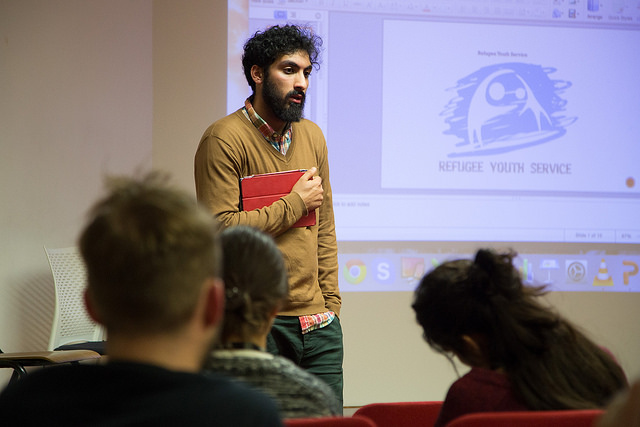 “UAL students are aware that there have been some beautiful acts of practical solidarity, but recognise that there is more that needs to be done.

“We need to make sure these actions continue when refugees and asylum seekers are no longer in the media spotlight.”

The SU’s Facebook event stated that it is important “to make sure these actions continue when refugees and asylum seekers are no longer in the media spotlight.”

Highlighting the point that just because a problem disappears from the media does not mean it is no longer present.

The Arts SU will be lobbying UAL to provide scholarships for refugees.

Ana Oppenheim is urging students from the different campuses to get involved: “We will need the support of students campaigning on their campuses. If you want to get involved, please get in touch! And to get involved in organising more events on similar topics, join UAL STAR!”

All images by UAL Student Union