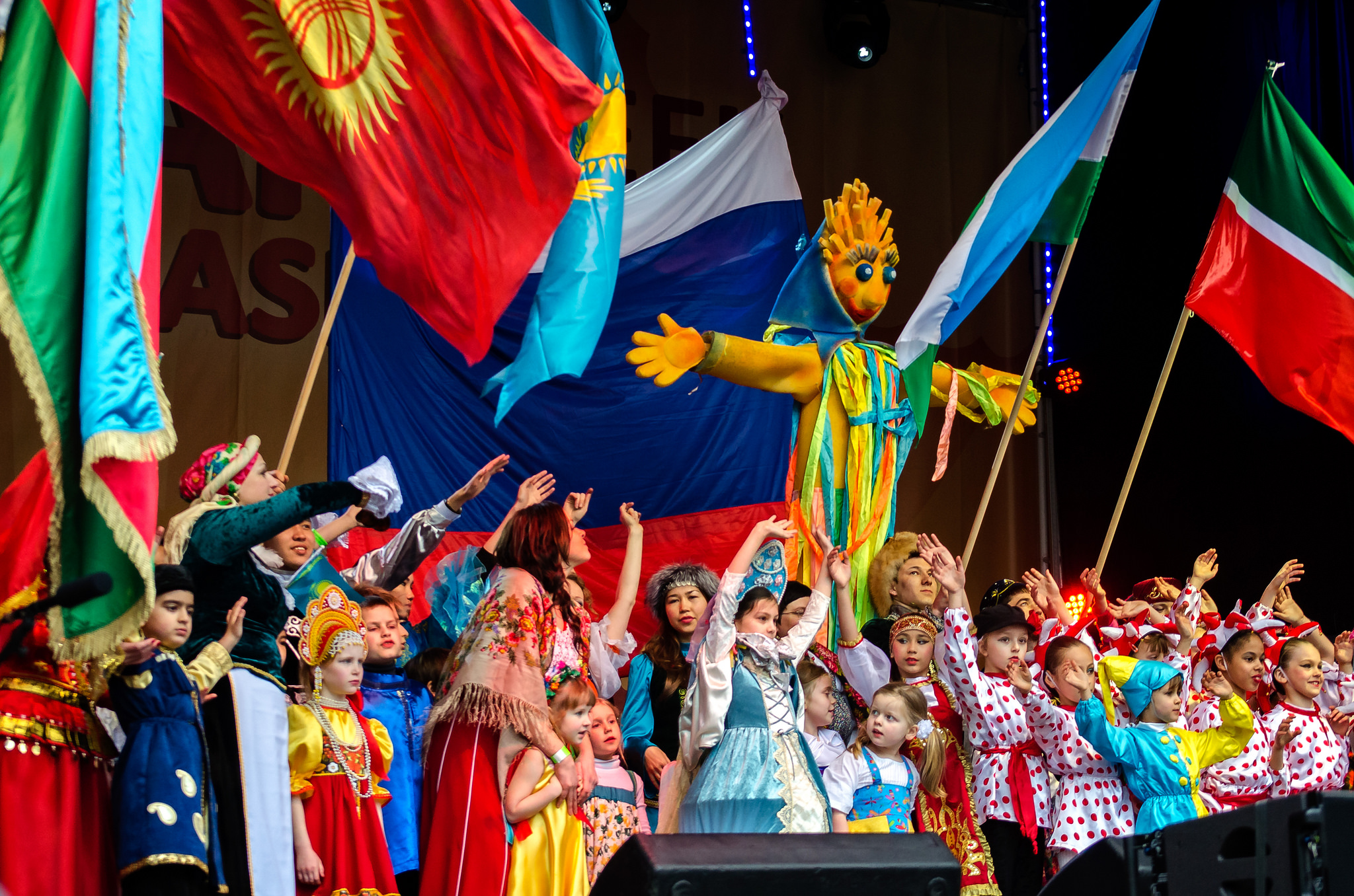 Over the past decade many different nationalities have moved to the banks of the Thames.

London has become such a multinational and multicultural city, that now it’s possible to find little China, Istanbul, Paris and Sydney in different parts of the capital.

This also means an abundance of nationalities and cuisines of the world, offering us an opportunity to explore various cultures without leaving the country.

According to Mark Hollingsworth and Stewart Lensla, authors of Londongrad and From Russia with Money, London is home to 300,000 Russians, including around 100 extremely rich oligarchs.

However, these statistics only take into account 39,000 Russian-born people across the country.

This community, which has been created over a number of years, brings with it the best authentic Russian traditions and customs.

If you want to experience something different in the capital, go beyond expected stereotypes of vodka and bears and explore the real Russia.

Lunch from the past 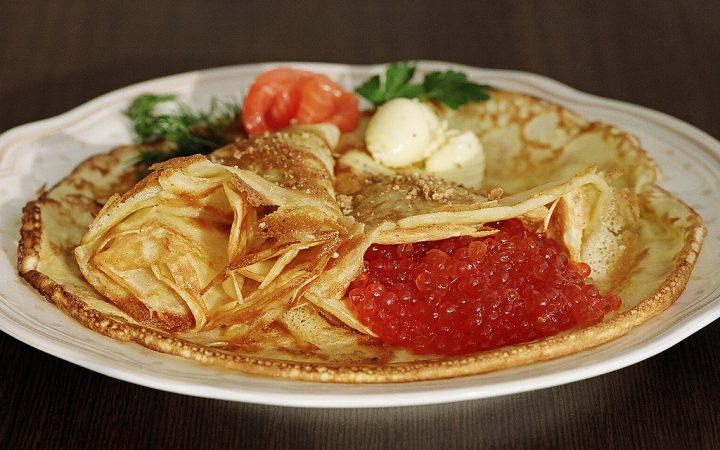 You can start your day with a genuinely old-fashioned lunch in one of the most atmospheric Russian restaurants in central London.

Just a few yards away from Knightsbridge tube station, on Wellington Court Road, you will notice the flowery cornices of the “Mari Vanna” restaurant, the perfect recreation of an old flat in St. Petersburg with matryoshka dolls on the shelves, high ceilings with chandeliers and home made “varenye” (berried jam).

According to Russian folk tales welcoming hostess Maria Ivanovna, after whom the restaurant is named, met weary travellers and treated them with delicious food.

For a long time her homemade treats and pastries represented the rich Russian culture.

If you don’t want to spend a fortune on lunch, you can try a traditional soup called Borsch with Pampushka (freshly baked bread) the cost of which is around £10, or Siberian dumplings called “pelmeni” in the same price range.

The delicious food is served in the best Russian traditions with emphasis on hospitality and homeliness.

Before the meal you will get a complimentary selection of wholegrain coriander-scented rye breads with fresh vegetables and custom made butters.

As the location of the place is considered to be one of the most prestigious in the whole city, it will be of no surprise to be greeted by an expensive menu and an array of designer labels decking out the interior.

Nevertheless, this place is still definitely worth visiting for the perfect representation of the home cooked Russian cuisine.

After an atmospheric and delicious lunch, you might want to have a relaxing 20 minute walk through the Hyde Park to Berkeley street, just opposite the Ritz Hotel near Green Park tube station, to visit a gallery of Russian Contemporary Art.

Situated between many other private galleries in well-known Mayfair, Erarta Gallery is definitely worth your attention.

The London branch is much smaller than other Erarta Museums located in Moscow and St. Petersburg.

The difference in size accommodates a unique intimacy towards the selection of Russian artists and the curated care towards visitors.

One of the latest exhibitions, the solo show of Irina Starkova Still Lives, is the result of months of study of the Natural History Museum and the Institute of Tropical Medicine archives about ornithological and ethnological specimen.

Erarta explains: “Starkova decided to put these detailed, analytical drawings at the centre of the project, examining how these creatures have shaped the human world both physically and spiritually.”

The first Erarta Museum opened in St. Petersburg in 2010. It is currently the largest private gallery of contemporary art in Russia.

Erarta Galleries is dedicated to promoting contemporary Russian art and represents more than 150 artists from over 20 regions of Russia.

The gallery is entirely admission free and is open until 6:00pm on weekdays.

The visit will fill you with inspiration, energy and give you a better understanding of contemporary Russian Art. 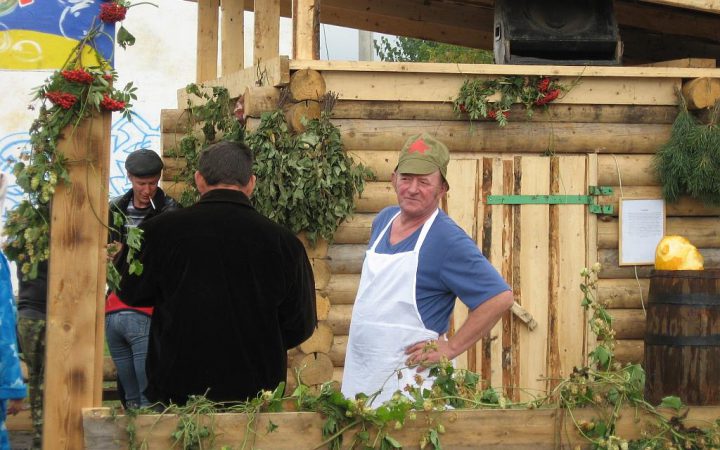 Banya in one of the Russian villages [via Flickr CC]

You can finish your day with an amazing Russian body and soul relaxation in London’s first Russian bath house.

It can be a bit tricky to find, but the scent of heat and herbs, which can be smelt even on the street, will put you on the right path.

You will be welcomed with warm hospitality and accommodating service. From the well built stove and wooden benches to the home made food, everything will accumulate to genuine Russian banya experience.

Parenie – Venik Massage, is one of the must-try extras at the Banya, where a big burly man gently beats you with oak leaves to increase your blood circulation, followed by some shocking, but ultimately pleasant dunks under chilled water and in the kupel (a wooden bath with seven degree water).

Banya is different from the usual sauna experience.

The steam is created at a very high temperature with the use of a wood stove.

You are supposed to spend ten minutes in the steam to open the blood vessels, and then immediately dip into ice cold water to bring an adrenaline-filled reaction which releases serotonin.

“A Russian bath house is usually a social occasion.”

London’s venue maintains those traditions and provides both female and male days during the week and a mixed day on the weekend.

At London’s Banya No 1, you will also get a private table in the lounge area where kvass and fireweed tea, alongside a crayfish platter, are served.

The cost varies between £30 and £45 for a three hour session, excluding extra services such as parenie and massages.

Even though, you can walk in, booking in advance is highly recommended. 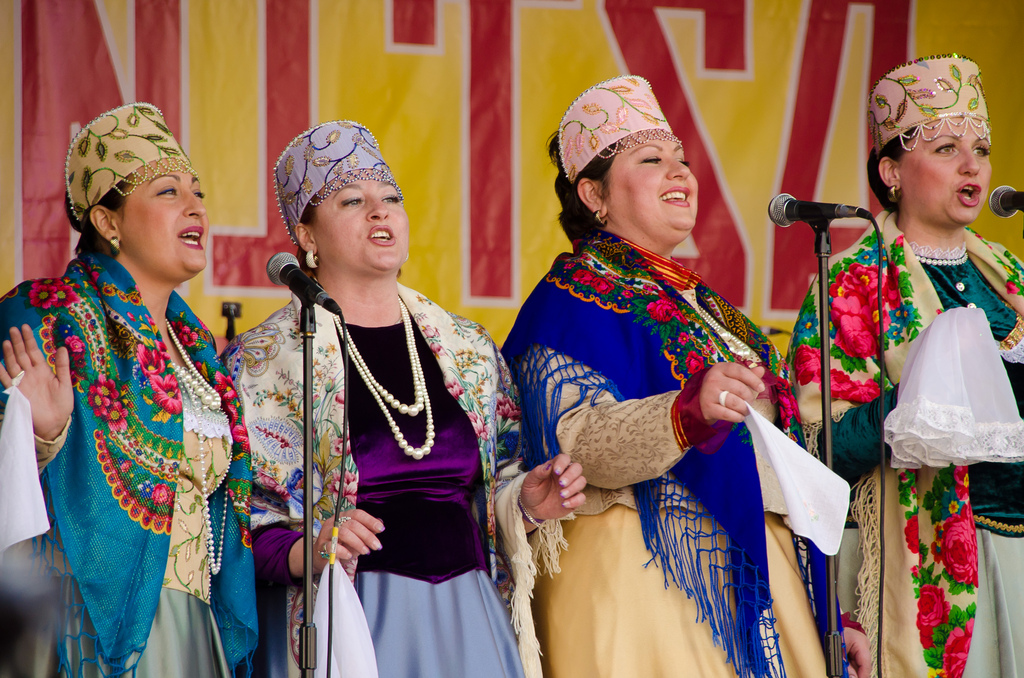 One of the most interesting Russian events to attend in London is Maslenitsa, Russian Sun Festival – a celebration of the end of winter and the start of Spring.

The organisers of the Russian Week in London – Festival Maslenitsa have recently announced that the Festival will run from February 19-26, 2017 across London.

Originally it was celebrated in the week before Lent. The main attributes of the traditional folk celebration are Maslenitsa scarecrow, carolling, pancakes and dumplings.

The former mayor of London, Boris Johnson, said: “London is jammed packed with cultures from across the globe and the week-long Maslenitsa festival is the perfect opportunity for Londoners to find out more about the rich cultural diversity of the Russian community in the capital. Best of luck to all involved for what looks set to be an inspired and exciting week.”

The annual event, competition of performing arts “Stars of Albion” is also taking place during that time.

Organisers believe that “Stars of Albion” is a unique bridge, which brings together the cultures of different countries, primarily Russia and the United Kingdom.

The festival promotes Russian culture and education, provides an opportunity for all talented compatriots in the UK to demonstrate their talent for Western audience.