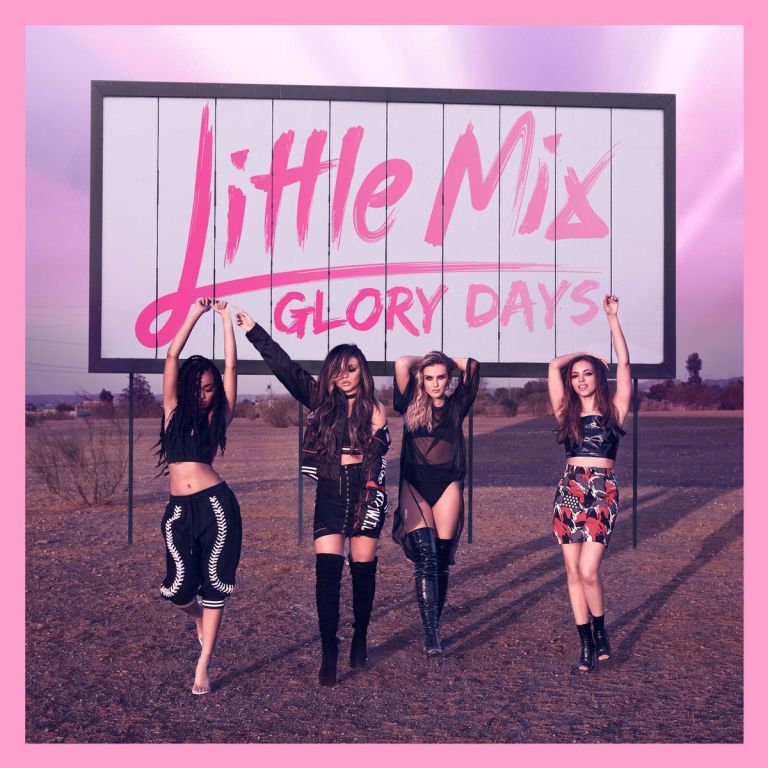 Girl groups don’t always have it easy in the music industry.

They have to work that much harder, be that much better and go through a little more scrutiny than your average boy band.

But with four number one hits and nine top tens in the UK, against all odds, Little Mix are doing something right.

The X-Factor alumni are back with their fourth studio album which includes their latest number one single, Shout Out To My Ex.

But instead of wallowing in sadness and self-pity, Little Mix have created a heartbreak anthem that is filled with sass and just the right amount of tongue-in-cheek lyrics.

With a bigger-than-life chorus, the girl group raised the bar high for the rest of Glory Days.

The girls are becoming less bubble-gum pop and more risque

It was easy to assume that the promotional tracks of F.U. and You Gotta Not, along with the lead single, meant that this album would be just them digging at their exes track after track.

But that isn’t the case overall.

It is clear that they are trying to move on from their teenage fanbase and reach out to new listeners, as can be heard in Beep Beep and Touch, the latter of which sees them dipping their toe in a genre they haven’t committed to before; it is a club-infused anthem which sees the group go into dance territory.

While their younger fanbase is holding them back from who they want to be as artists, the girls are becoming less bubble-gum pop and more risqué in their choice of lyrics with every album – but not so much where they alienate a complete age group.

The album has snippets of sophistication from their sophomore record, Salute, but maintains the fun of Get Weird.

Glory Days is filled with earworms and plenty of potential singles.

It sees Little Mix at their best and is a slice of pop heaven that just keeps on giving.

And it’s guaranteed to go down a treat in stadiums as every track is worth a big production.

From electronic choruses to ballads to the 50s sways heard in Oops (featuring Charlie Puth), F.U. and Beep Beep, they have a hint of everything without losing their identity and sound.

In Down & Dirty, they sing about being “international divas”, and Power shows just how much of a vocal power house they really are – even the stripped back Nobody Like You has hints of diva-infused vocals in its delivery.

If anything, Glory Days is an album about healing.

Hidden behind the big voices and even bigger hooks are songs that combine love and loss, but that’s something you wouldn’t realise straight away.

Even in their most vulnerable tracks, they still manage to reel you in with an infectious beat.

Album | Solange – A Seat at the Table