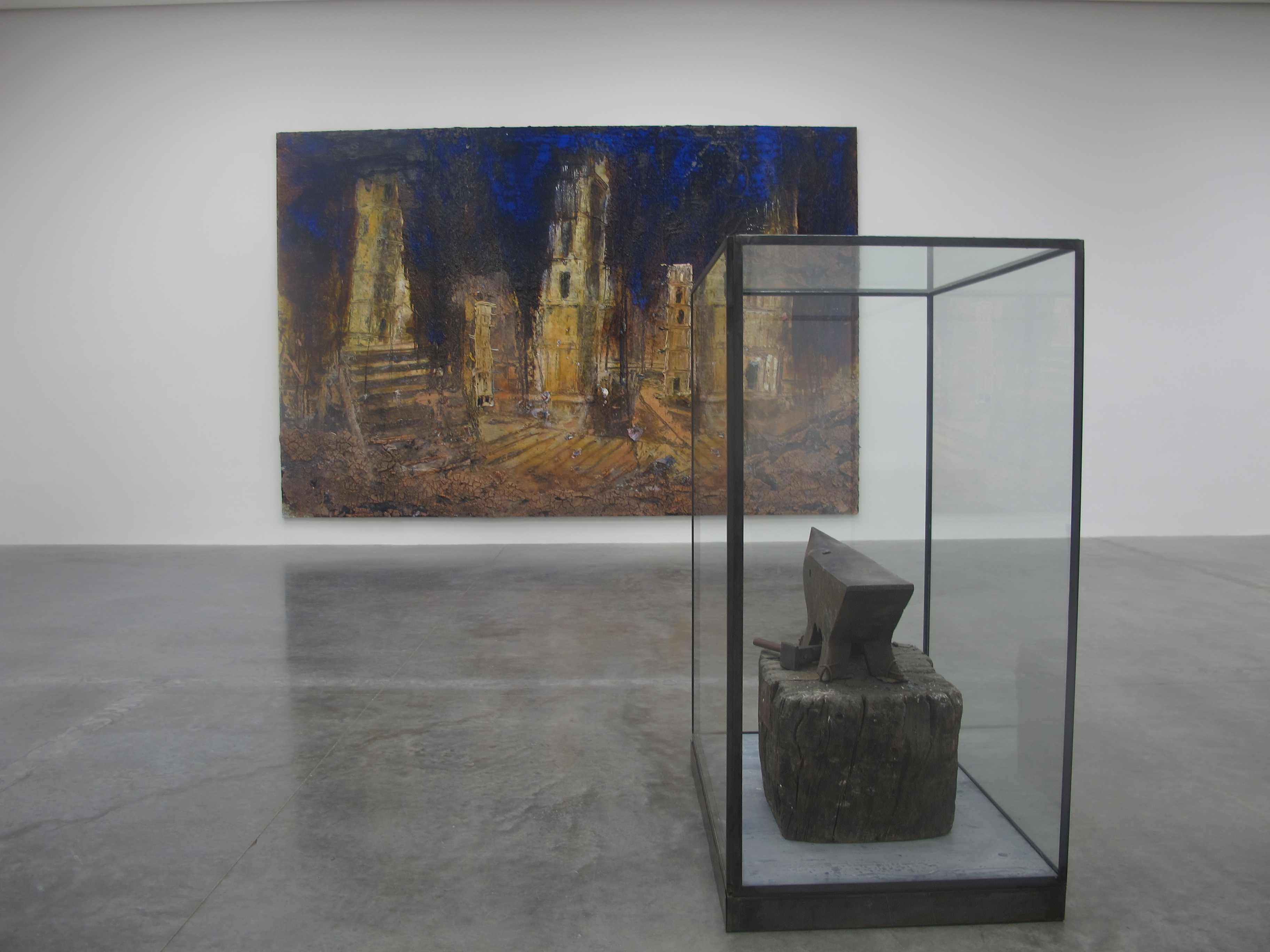 In these dark ages of the on-going war in Syria, far right movements in the West and refugee crisis, the current Anselm Kiefer exhibition couldn’t be more timely.

An intimation of Apocalypse is one of the new monumental paintings that shows the decomposition of the ground, ruined buildings and the dark sky above us.

The building could easily be in Syria and the image of the sky recalls the current situation in Europe and The United States where the devils of nationalism and racism are on the rise.

This time [Kiefer] doesn’t criticise the past, he is an observer of the present.

The exhibition is named Walhalla after a neo – classical monument built by the King of Bavaria in 1842 to honour heroic figures in German history itself inspired by the place in Norse mythology, the paradise for fallen heroes.

White Cube gallery in South London is a perfect venue for this impressive exhibition that features installations, sculptures and paintings by the prominent German painter.

Anselm Kiefer was born in the Southwest of Germany in 1945 and has lived and worked in France since 1993.

He has exhibited widely such as in Museum of Modern Art in New York, Guggenheim Museum in Bilbao and The Royal Academy in London.

In 2007 he became the first artist to be commissioned to install a permanent work at the Louvre, Paris since well-known French artist Georges Braque did that 50 years earlier. 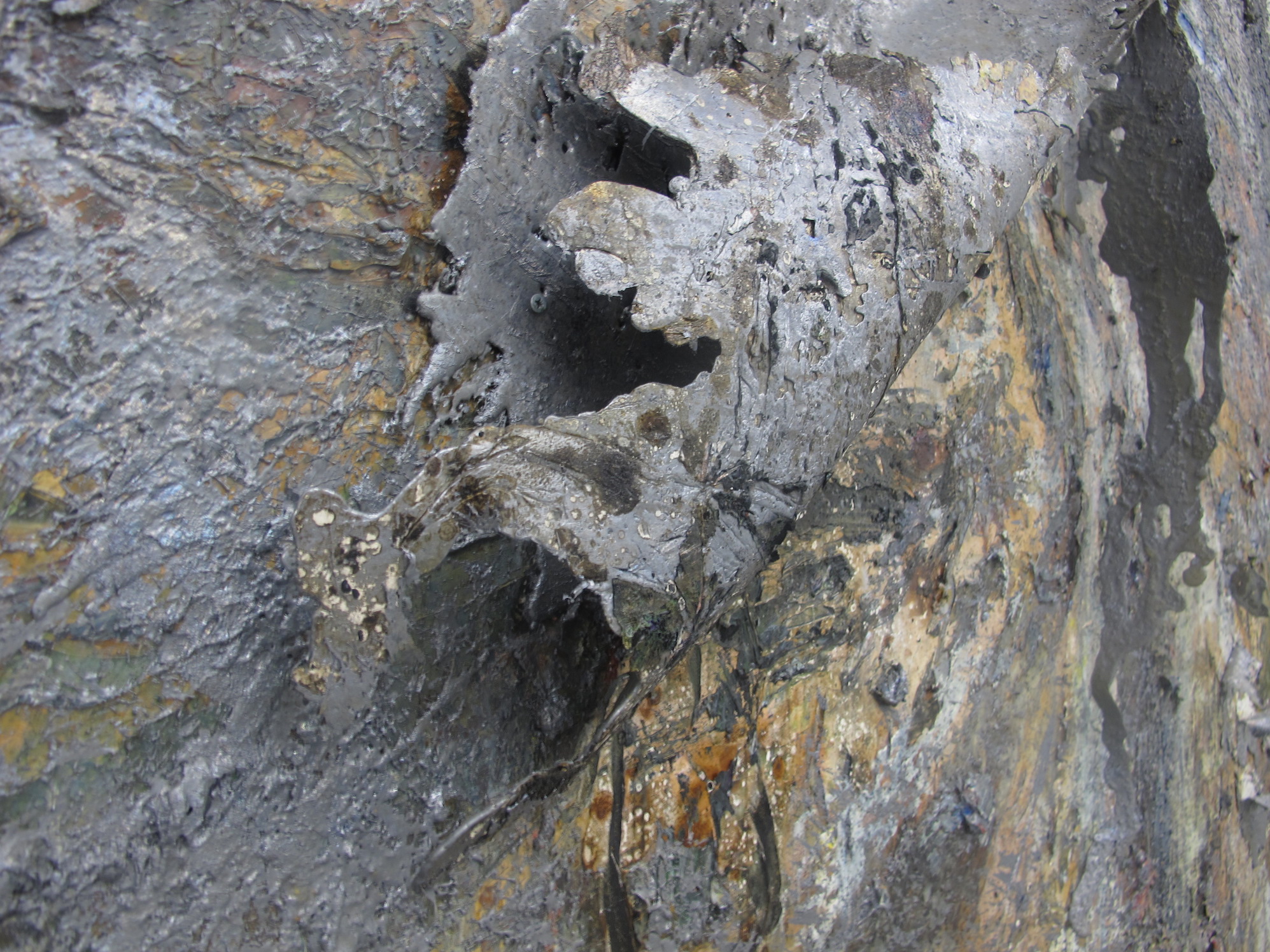 It is no coincidence that this exhibition tackles controversial topics as Kiefer’s entire body of work explores taboos from recent history.

Themes in which he criticises his country’s past such as Nazi rule, are particularly dominant in his earlier work.

In fact, his artistic fame began with student photography and, in particular, a 1969 diploma piece named Occupations, in which he showed photographs of himself at various locations in uniform and giving the Nazi salute.

What is different about this exhibition compared to his previous works is that this time he doesn’t criticise the past, he is an observer of the present.

Usually whiteness lightens you up when you enter White Cube as the name of the gallery suggests but this time it is different.

A dark hall with installations of ruined hospital beds is the exhibition’s first sight.

This gallery of the fallen heroes ends up with the photograph of the soldier that fades away in the distance.

The hallway is surrounded by bright rooms with paintings of crashed towers that are symbols of desolated cities.

There are also dark rooms with installations and sculptures that resemble destruction and horrors.

In these new paintings Kiefer employs different materials such as oil, acrylic, shellac and clay by which he creates three-dimensional art.

Especially interesting artwork is the installation of the bed with the huge stone that is dropped in the middle of it and crashed wings from its both sides. 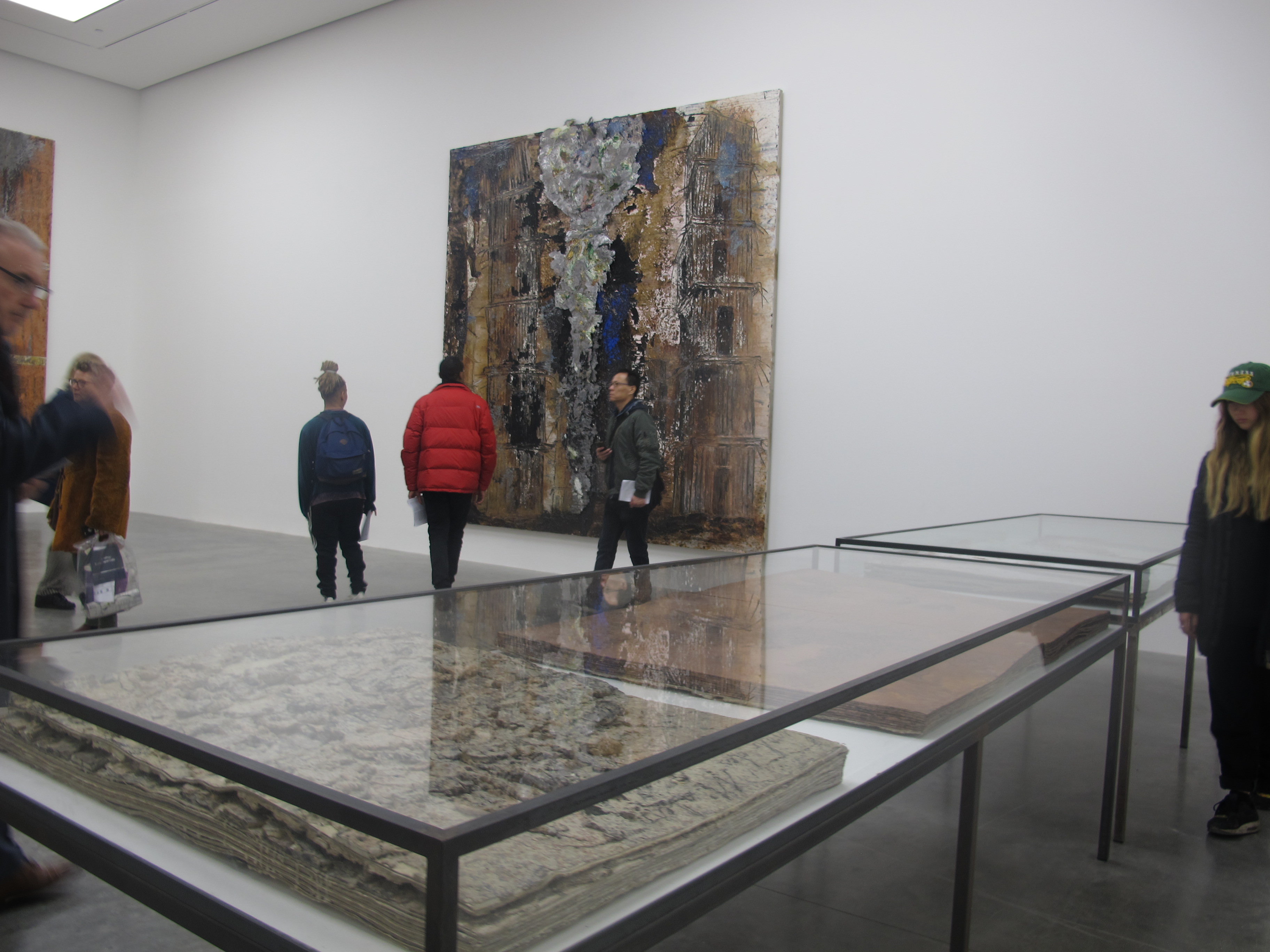 It is a powerful comment on the hopeless reality of today where millions of people suffer.

Kiefer’s work is relevant for contemporary art world as not only are his monumental pieces  visually appealing but also the message he is trying to tell is worth hearing.

The gloomy outlook on the world Walhalla suggests, makes a significant statement from the current perspective.

Anselm Kiefer will not leave you indifferent. The sentiment he is conveying through his artwork immerses the viewer entirely into the powerful scenery he has set up.