Everything you didn’t know about Italian pizza

As clichéd as it sounds, I am an Italian pizza lover and moving to London where pizza chains reign supreme was a scary thought.

The many horror story pizza adventures I went through made me come to the conclusion that to eat a good pizza I needed to wait until my next flight to Italy.

But something completely revolutionary for the London pizza world is about to happen.

Known as the “Sacred Temple of Pizza,” this place has a long family history that started in 1870.

The art of pizza-making has been handed down from father to son for generations.

Salvatore Condurro, was the one who initiated the tradition in the family by selling fried pizzas just outside his house door.

His son, Michele, learnt from his father and opened a pizzeria in 1904 in the inner-city area of Forcella, Naples.

The pizza place featured in the film Eat, Pray, Love staring Julia Robert keeps its authenticity by only making pizza in the two traditional ways: ‘Margherita’ and ‘Marinara’. 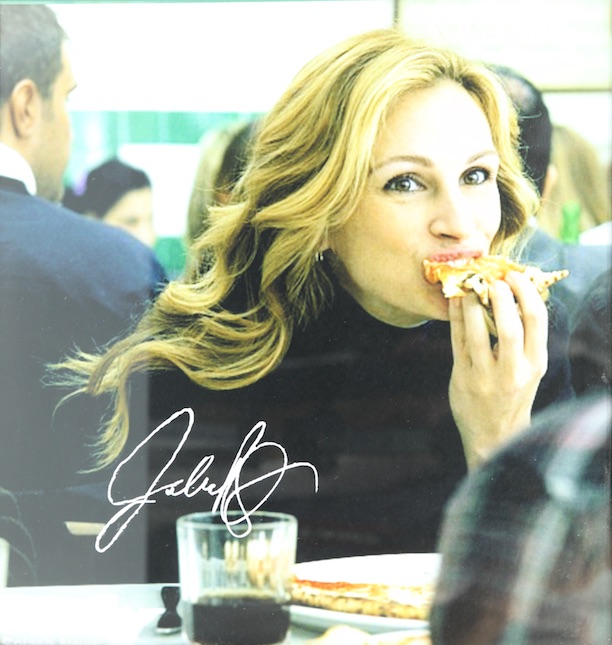 Alessandro Condurro, one of the eight heirs of the pizza shop explains the reason behind this choice: “After my great-great granddad opened the pizzeria the War broke out.

“Italy was going through a time of poverty. People could barely afford to eat and they were only ordering Margherita and Marinara that were the cheapest pizzas.”

Today regardless of the price, most Neapolitans would still only order those two pizza types as they firmly believe in tradition.

The most conservatives would even say that anything that is not ‘Margherita’ or ‘Marinara’ is not real pizza.

Talking to locals, they all have different opinions about their favourite pizza place but in terms of the quality of the product they would all agree that with Da Michele you can not go wrong.

It is evident how the pizzeria is a locals’ haunt but thanks to its international reputation it is now a very popular touristic destination.

Da Michele became a symbol of the Neapolitan cultural heritage and is recognised as the world’s best pizza restaurant.

In Neapolitan culture, pizza is much more than just a dish but is often something people eat to celebrate or to reunite each other around a table.

It is a food that brings people together as it is affordable and suitable to most tastes.

In Naples, pizza is a big part of life and people eat it everywhere and at any time.

As ridiculous as it sounds, a few hours after I was born, my father went to the closest pizza restaurant from the hospital of Soccavo in Naples and brought pizzas for the relatives who where there celebrating my birth.

The London version of Da Michele will keep the same principles as the Neapolitan branch: “We are trying to reproduce an informal atmosphere of a fast pizza place with communal tables,” said Alessandro.

The products will also be Neapolitan but the only difference is that you will find a wider choice of alcoholic beverages.

‘Margherita’ and ‘Marinara’ will be the only pizzas on the menu. 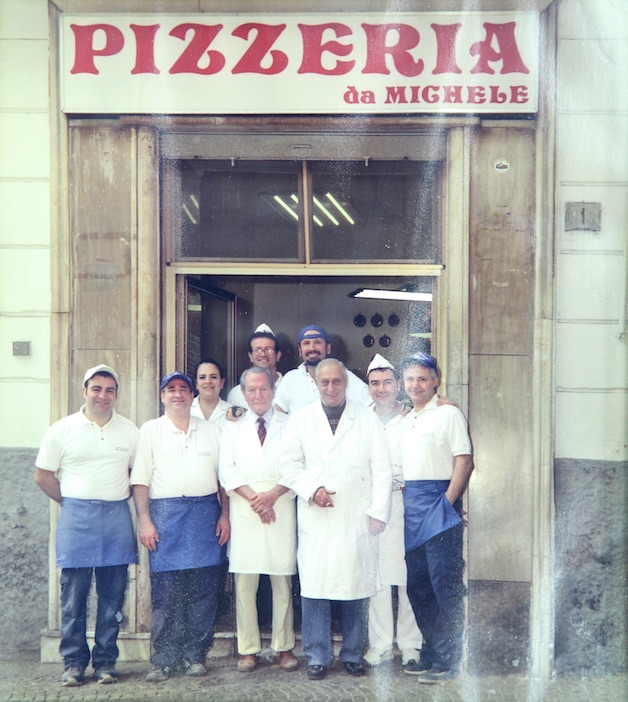 I remember as a child going to this pizzeria in Naples.

The huge crowd waiting outside the shop is not a great memory but the long time of queuing was completely erased from the first bite of the fluffy dough of their pizza.

The sweetness of the tomatoes, the richness of the cheese and the delicate perfume of the basil were completely mind-blowing.

Experiences like this one are what made me the pizza snob that I am today.

Contrary to what many people believe, pizza does not need so many toppings but it is the simplicity of good ingredients that makes it all.

Marinara is the simplest of all, with just tomato, garlic, oregano and oil with popular tradition claiming it was introduced around 1700s.

There is more than one story about the origin of its name.

One of them is that it was a food prepared by “la marinara”, the seaman’s wife, for when the husband was returning from fishing trips.

Margherita is also very simple, just topped with tomato, mozzarella cheese, basil and oil. Its history is more accredited than the Marinara but not completely certain neither.

Apparently it was invented in 1889, 28 years after the unification of Italy in occasion of the visit of Queen Margherita of Savoy.

The pizza maker Raffaele Esposito created this pizza with the colours of the Italian flag and named it after Queen Margherita.

For Italians, pizza is a part of our history and culture.

In line with this, 1984 saw The True Neapolitan Pizza Association launched in Naples to promote and protect Italy and in the rest of the world, the ‘true Neapolitan pizza’.

The non-profit organisation wrote a very strict guideline that shows in detail how an authentic Neapolitan pizza should be made.

One rule that can not be broken is the use of wood fired ovens set at the temperature of 485° C (905F) and cooking time should not exceed 60-90 seconds. 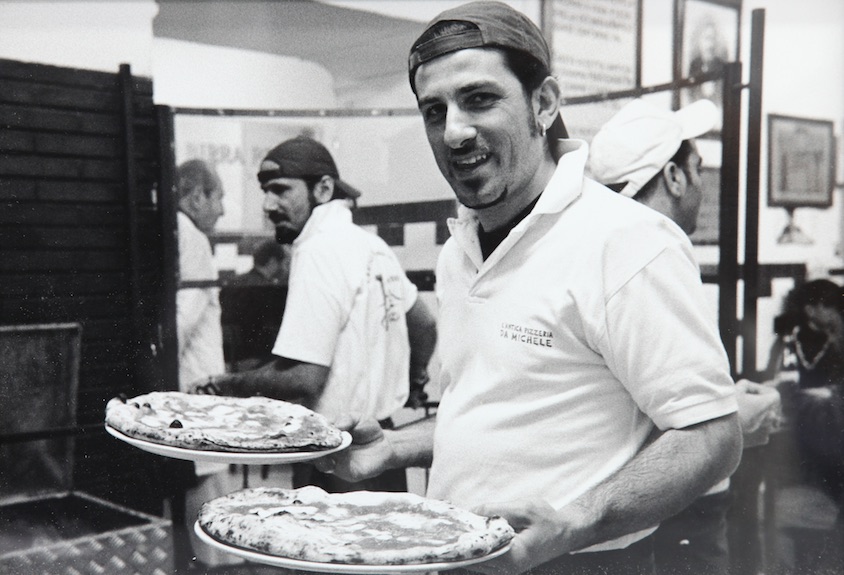 Despite the intent of the association, there are not many pizzerias that follow the regulations not even in Italy as in every region of the country people do it in a different way.

The history of pizza is a mixture of reality and myth, there is not an absolute truth regarding its invention.

It is thought that the word pizza comes from the Latin term ‘pinsa’, the past tense of pinsère, which means flatten.

Popular belief dates its origin back to 3,000 years ago.

In Egypt they used to eat flat bread similar to pizza to celebrate the Pharaoh.

Romans were using it as plates.

Ancient Greeks were eating different types of it too.

In Middle Ages a sort of pizza was eaten to go with meat.

In the Renaissance there was a kind of sweet pizza made by adding sugar, butter and eggs to the dough.

Pizza as we know it today started in Naples around 1600 when the city was still part of the Spanish Reign.

At that time, pizza did not have tomato but its toppings were: lard, sault and garlic.

It was not until the discovery of America that tomatoes were imported to Italy and used as topping.

A very simple food just made of water, flour, salt and yeast but to make a good pizza there are many factors to consider.

Alessandro explains what the ‘secrets’ for the perfect pizza are: “We don’t have any magic potion. The ingredients are the same. It’s the dosage of the ingredients that makes the difference.

“They need to be regulated according to the outside temperature and to the degree of humidity of the places. The temperature of the oven is also very important. It’s a combination of factors that determines the quality of the pizza.”

[pullquote align=”right”]“Sadly, even if we invented the pizza, Americans are the ones who really made money out of it. They make a disgusting dough that tastes like plastic but that everyone recognises as pizza.”[/pullquote]

It is impressive how a poor dish invented in the south of Italy became one of the most popular meals ever.

Migration definitely played a big role in the diffusion of this product.

During the First and Second World War, millions of Italians especially from the south, left the country.

Entire Italian families moved to the US and brought with them the pizza tradition which became very popular in North America and in the rest of the world.

The way of making it and the types of toppings were then adapted to the American taste.

Italian pizza and the American one are very different from each other.

Domino’s Pizza and Pizza Hut are examples of how much the American influence has changed the original way of making this old dish.

“Sadly, even if we invented the pizza, Americans are the ones who really made money out of it. They make a disgusting dough that tastes like plastic but that everyone recognises as pizza,” said Alessandro.

A very strong view, that many Italians would probably share.

“However, I respect the work of everyone,” he added.

The hostilities between the authentic way of making pizza and the American one are evident but what really offends Italians is when pizza places define themselves as such by selling pizzas that have nothing to do with our culture.

Giuseppe Mascoli, founder of the Neapolitan pizza chain Franco Manca, says that in pizza places that call each other ‘Italians’ make pizza in an awful way.

They freeze the dough and they use electric oven.

He adds: “This is not how you make pizza. It became an industrial process which is not what pizza is about.”

Achieving good quality standards in a small pizzeria is definitely easier than in a pizza chain.

Da Michele from 2012 with its first opening in Japan became an international society called ‘Michele in the World’.

Could this mean the end of the authenticity of their pizza?

Alessandro disagrees: “Our objective is not to become McDonald’s. We don’t want to cover the world with Da Michele. In this way we would risk to lower the standards of our pizza. We will open no more than 12-13 shops so will be able to keep under control the quality of the products.”

Keeping standards high in a pizzeria might be difficult but making a good pizza at home is possible.

Here are some tips on how to quickly make the perfect homemade pizza: 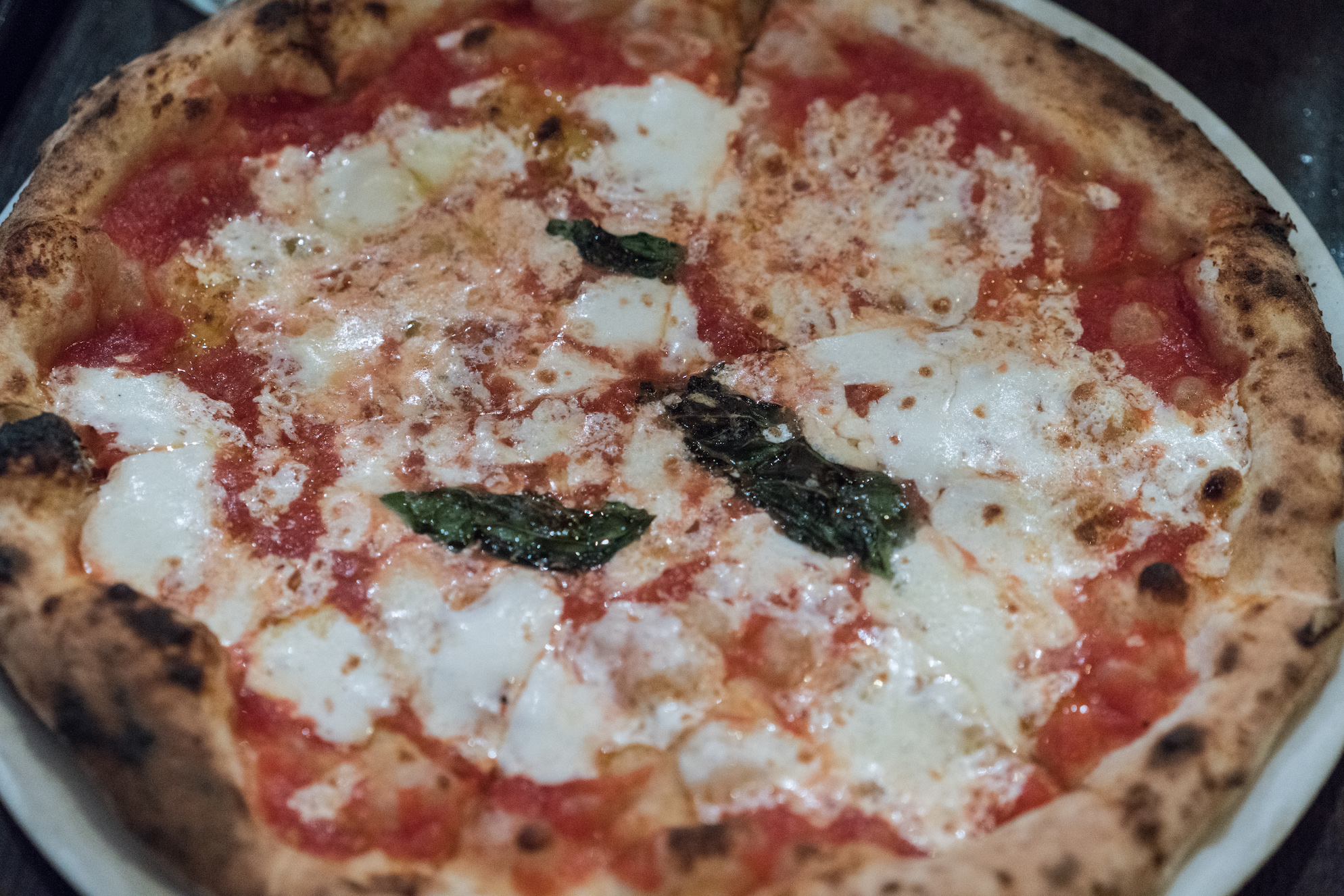 – ¼ of a liter of lukewarm water

Place the brewer’s yeast into a bowl with lukewarm water and let it dissolve completely by stirring it with a spoon.

Start by preparing the dough of your pizza by placing the flour preferably on a board.

Starting from the center, mix the flour, the water with the yeast in a clockwise direction

This procedure will allow you to obtain a homogeneous mixture without lumps.

Keep mixing until you have a small ball of dough.

Cover the dough with a cloth and let it rise for an hour.

After the rising, roll out the dough with a rolling pin until you get a round shape about one centimeter high.

Transfer the dough on a baking tray lined with oven paper

Put tomato sauce with any other topping that you like on the pizza base in a preheated oven at (240 degrees ) for approximately 10 minutes.

Remove the pizza from oven and enjoy!