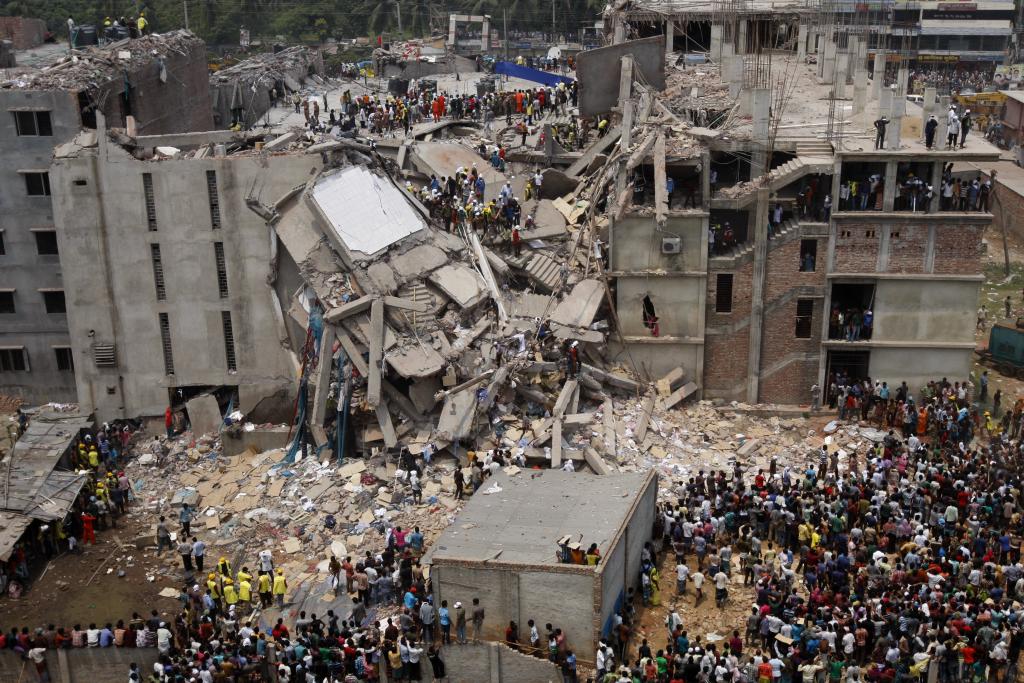 April 24, 2013: 1,134 people were killed and more than two thousand were injured when the Rana Plaza complex collapsed in Dhaka, Bangladesh.

Manufacturing clothing loved by many in the west including Monsoon Accessorize, Mango and Primark, the clothing factory collapsed at around 8:56am leaving those inside the building dead or buried alive.

While the collapse is marked as a day of mourning for the country and an annual reminder for the families of those who lost their lives – the date also marks the creation of the Fashion Revolution.

Their aim is to tackle the issue of exploitation and inhumane manufacturing conditions head on by creating ‘greater transparency’ between brands and consumers.

But what can consumers expect to learn from brands when they themselves are essentially clueless?

A 2015 report Behind The Barcode revealed that 75 per cent of the 219 major fashion brands surveyed did not know from which locations their fabrics had been sourced.

Issues such as these, according to the fashion blog Mochni and The Wall Street Journal (WSJ) are caused by the sub-contracting of manufacturers.

“Manufacturers who deal directly with retailers typically sign a code of conduct that requires them to disclose subcontractors so that those factories can be inspected,” said the WSJ.

But when meeting high demands and running late on shipments could mean a possible loss in profit, manufacturers may skip this process in order to save time.

The creation of the hashtag #WhoMadeMyClothes led by the Fashion Revolution was one of the responses to the excuse of ‘sub-contracting’ made by several brands in the aftermath of Rana Plaza.

But while the Fashion Revolution has done a good job in raising awareness of the inequalities within the fashion industry, much work still needs to be done.

In a recent undercover investigation carried out by BBC Panorama, shocking footage revealed Syrian refugees – mainly children – had been hired to work in Turkish factories.

Like Rana Plaza these factories were used for the manufacture of clothing commissioned by British brands.

It is problems such as these which are fooling consumers into ignoring the cries for equality within the fashion industry.

However there are still some who are working to improve these issues and one brand doing this, one T-shirt, dress and jumper at a time are Komodo clothing, established in 1988.

Artefact spoke exclusively to Komodo founder, Joe Komodo, and found out how the ethically sourced clothing brand are helping the Fashion Revolution fight for a better ethical industry.

Life on screen as a BBC journalist