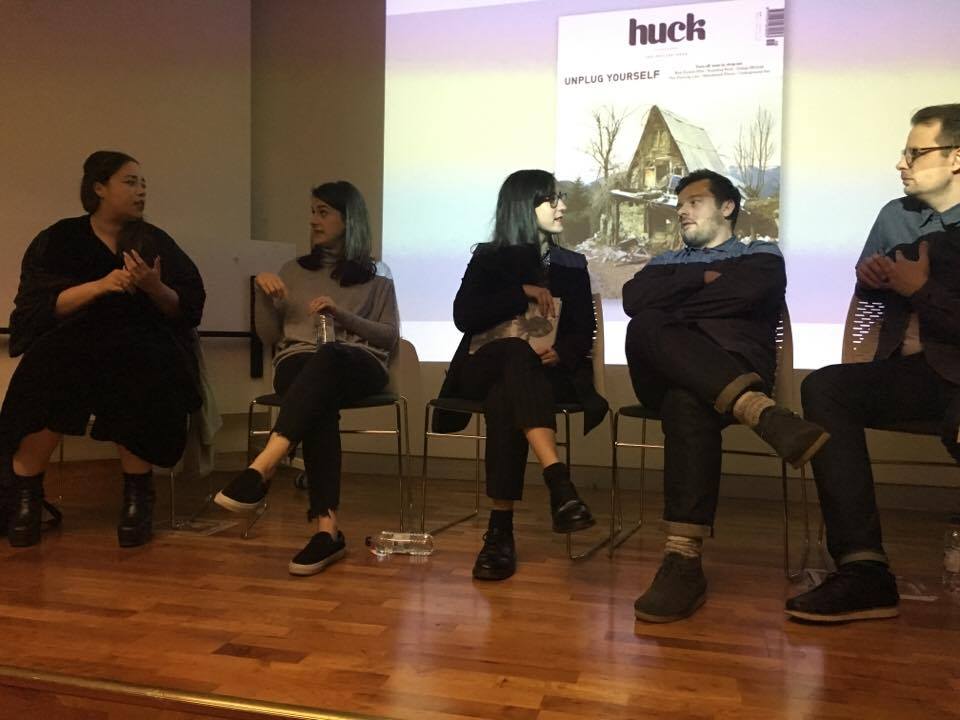 “We celebrate anyone who is doing something independent like artists, filmmakers, photographers and creatives who are fringes of society that are doing something that is having an impact and is triggering social change,” says Andrea Kurland, editor of Huck.

On January 17, editors and publishers from various independent magazines were invited to London College of Communication to give an insight into the self-published editorial world.

The idea of the panel discussion came from third-year journalism student, Saloni Saraf, who expressed her interest in understanding how to enter ‘alternative’ media outlets.

In the first part of the panel, guests from Huck, Weapons of Reason, Elephant and Mundial magazines explained the idea behind their publications.

The speakers emphasised on their focus on high-quality content: “Mundial is a football magazine but really it’s a magazine of storytelling and championing good writing and great illustration and photography,” said Seb White, its managing editor.

Magazines can also be a way to really make the difference in the world and to take action, said Hannah El-Boghdady, deputy publisher at Weapons of Reason. “We want our magazine to change the world, to even maybe save the world,” she said.

After the introduction of the publications, the guests explained the importance of producing a hard copy of the magazines: “The printed magazine is that one moment when you can speak directly to people and really trying to get across who you are,” says Andrea Kurland, editor of Huck.

Another topic of discussion was managing the source of income of independent magazines. “It’s challenging,” said Molly Taylor, communications manager at Elephant.

“Elephant is £15 to buy. We make most of our money from cover sales which is quite unusual for magazines and one of the reasons is because we are really straight about limiting the amount of advertising,” she explained.

In the second part of the discussions, editors and publishers gave guidance on the best way to pitch stories to them.

“If you are pitching something, research what the magazine is that you want to pitch to. Try to even reference similar articles or similar stories when you put your pitch together and make your pitch as quick and succinct as possible,” said Andrea Kurland.

The guests highlighted the importance of getting as much work experience as possible. Molly Taylor gave advice on magazines that might offer opportunities to learn: “Approach charity magazines because they need people constantly. That’s often volunteer positions rather than internships so you can have a bit more responsibility.”

After the first hour of discussion, students had a chance to ask questions. The focus of the Q&A session varied from how to conduct the perfect interview to how to set up your own independent publications.

Students were generally satisfied with the outcome of the event and found it very inspiring.