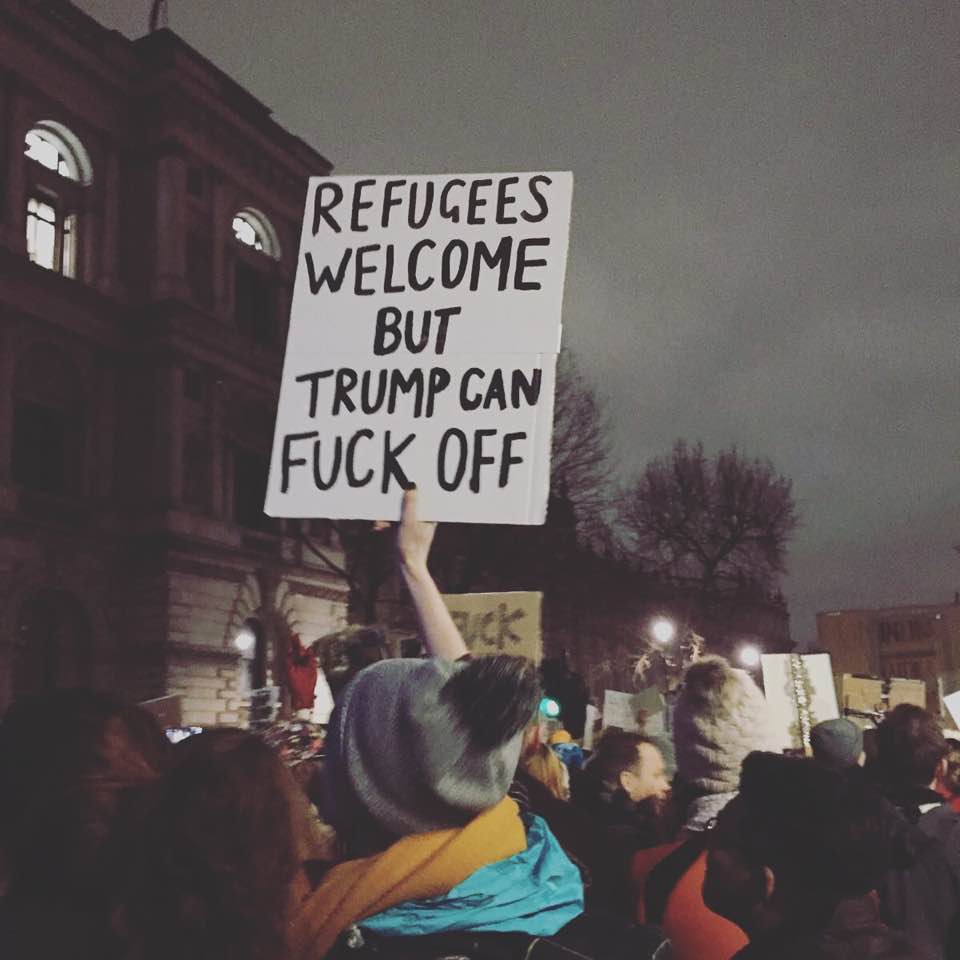 By Charlie Howes and Ella Wilkinson

The crowds were heard chanting, “shame on May”, “Donald Trump has got to go”, and “the refugees are here to stay” before accumulating in a peaceful sit-in outside number 10. 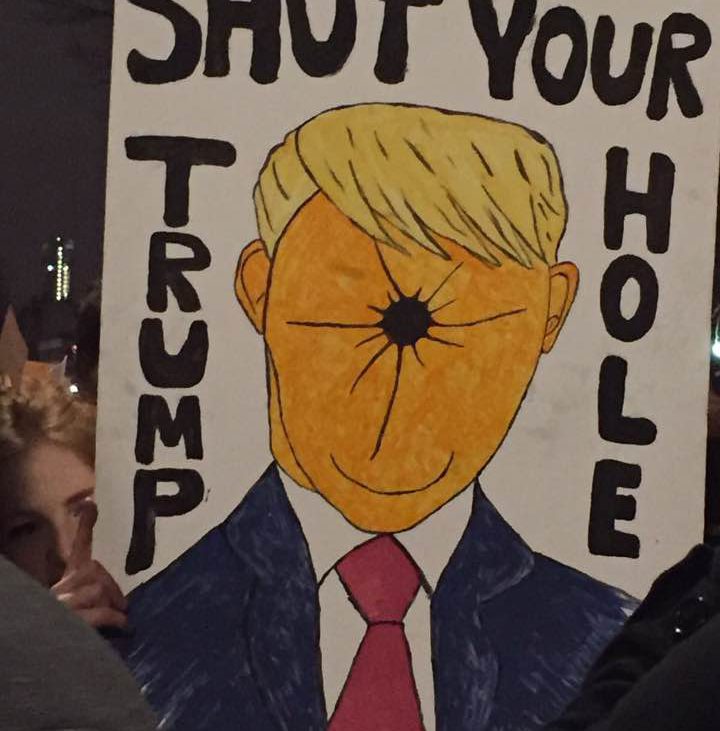 Provoked by the President’s executive order to ban citizens and nationals of seven Muslim-majority countries from entering the United States.

This includes those trying to get home via the US, people reuniting with their families and dying parents, and those with dual nationality including our the UK Somalian-born gold medalist Sir Mo Farah.

Farah, who has lived with his family in Oregon for the last six years, was last week training in Ethiopia when the ban came into effect.

Fearing he could not return home to his children and his wife, he spoke out over social media: “The Queen made me a Knight. Donald Trump made me an alien.”

The Foreign Office intervened, stating that the executive order will not apply to Mo as he has been granted an exemption.

London Mayor Sadiq Khan, who is of Muslim faith, has also been granted exemption.

However, the former Labour MP will urge global leaders to condemn the US Presidents “cruel, prejudice, and counter-productive” ban, stating he does not wish to be exempt.

With Trump’s visit to the UK arranged for July this year, 1.4 million* outraged people signed a government petition refusing Trump entry to the country.

However, Theresa May and her new political best friend, seen earlier this week walking hand in hand out of the White House, show no signs of yielding to the pressure from the public.

*Figure correct at time of filming.

All images by Charlie Howes and Ella Wilkinson