Danny Boyle’s long awaited sequel to his 1996 cult classic Trainspotting is finally upon us.

News of it’s release invoked mixed emotions in me. I was only a year old when the original came out, but when I saw it for the first time 14 or so years later I was hooked.

The film opened my eyes to the dark world of its original author, Irvine Welsh, whose graphic accounts of surreal scenarios hold the accolade of being the only book I’ve ever had to take a break from while mid-sentence.

Seriously, if you haven’t read The Acid House or Ecstasy yet, then make sure you’ve got an empty stomach.

But then it goes without saying that there is something about copious drug consumption and facial mutilation that interests a 16-year-old boy.

For want of a better term, it’s safe to say that Trainspotting holds a special place in the hearts of myself and many other people my age.

It’s gritty, shocking, funny, graphic, clever and shines a light on things, that even in 2017 are rarely portrayed so realistically in cinema.

You can understand my apprehension then, when Film4 announced that they were making a sequel with the original cast some 20 years later.

My fear was that it would just fall into the same mediocre bucket as all the other recent revamps of past classics.

I was scared of going to watch some characterless cash cow of a motion picture, full of pointless nostalgia and references to ‘the good old days’ that wouldn’t sound out of place in Donald Trump’s mouth, thus smearing the brandname beyond repair forever. 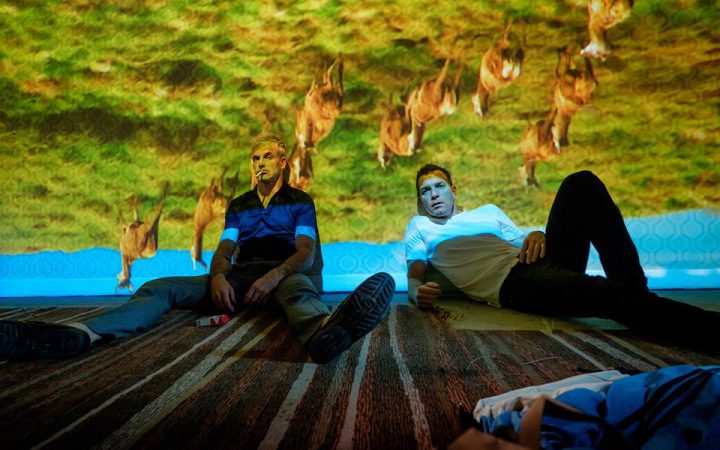 I’ll cut to the chase now. That was the first time I have ever seen an entire cinema sit through the whole credits.

We rejoin our old friends one by one, each has had their own ups and downs and now cast weather beaten figures, with all bar Spud (Ewen Bremner) having managed to find misery just fine without the help of heroin.

Trainspotting‘s anti-hero Mark Renton aka Rentboy (Ewan McGregor), who ended the last film with the world at his feet initially appears to have carried on in the same thread. He’s well dressed, healthy and is living it up in the Netherlands. Or so it seems.

Before long we realise the truth of his mid-life existence and we follow him as he reintroduces himself to his former best friend Simon aka Sickboy (Johnny Lee Miller) and the man all of Edinburgh seems to fear, Francis Begby (Robert Carlyle) who has a taste for Renton’s blood.

Of course the film has nostalgia and there are references to the prequel throughout. But it is not in your face. It feels more like we are returning to Edinburgh with Renton as places and people trigger memories in his mind.

Renton has not been home for the last 20 years and in that time the face of Edinburgh has changed a lot. Just like everywhere else in the UK, gentrification and regeneration have transformed the city.

It’s strange for me to see, as a 22-year-old now, just how much things have changed even in my lifetime. Working men’s pubs have been replaced by trendy bars and industrial zones are being torn down quicker than the Amazon to make way for expensive new housing developments. 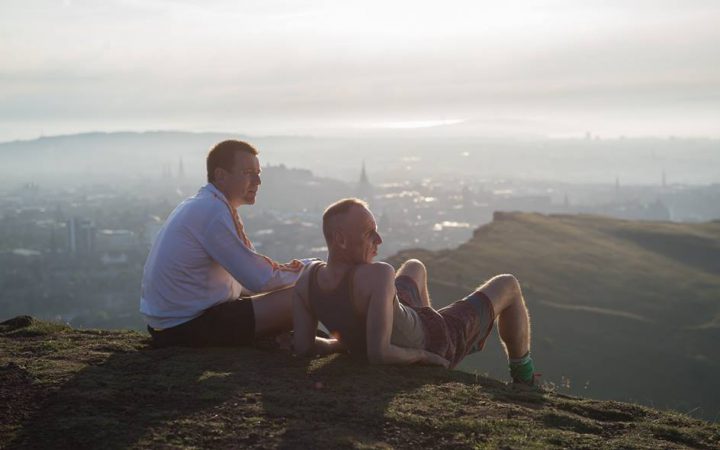 Choosing to touch on this issue helps the film stay relevant to a modern and younger audience and the way it’s presented to us reinforces this.

Sickboy’s girlfriend Veronika (Anjela Nedyalkova) looks on unimpressed as Simon and Renton bombard her with stories of how great things were when she was too young to remember, just like millions of fathers and uncles do the world over.

The films release also comes at an interesting time for Scotland. In the autumn, Glasgow announced plans to create the first ‘fix rooms’ in the UK.

Fix rooms are places where active heroin users can go to take the drug. Users are provided with clean needles, drug testing, have access to rehab services if they want and they will also be offered other services such as advice on housing, counselling and medical care.

The aim is to improve safety for the estimated 500 street users in Glasgow and to help prevent the spread of disease. Similar programmes have been successful in Europe and North America and if they have a positive effect in Scotland, it could mark the beginning of a new age in the way we treat addiction in the UK.

For these reasons, T2 could easily be viewed as a standalone film. The issues it touches upon are still relevant today, the storyline is gripping and has several layers to it.

The characters are just as engaging and funny as before and the cinematography is exceptional.

The only real annoyance for me is the way technology is portrayed.

In the iPhone age, trends and themes come and go in a matter of weeks. As a film director and an older one at that; including things like SnapChat and Twitter in a film can understandably be problematic.

For example, a term like ‘vajazzle’ may have been all over social media during production, but by the time the film is released X amount of months later it sounds dated and naff.

You could turn that around and say that it reinforces the idea of the characters as middle aged men, struggling to keep up in a rapidly changing world but I’ll leave that for you to decide for yourself.

All in all, T2 is an excellent film. Coming out two decades later and with massive shoes to fill, it was never going to trump the first one and it doesn’t.

However, I genuinely believe that it was the best it could be; for me, the success of the film is a huge relief and I’m sure most of the British cinema loving world feels the same way.

By Wiktor Karkocha
5 Mins read
In war, is there space for creativity? We asked two Ukrainian creatives about their roles in helping their country now, and when the war is over.
News

By Aman Hafiz
3 Mins read
Brick lane is home to the most vibrant culture and atmosphere, but it is threatened by plans for a mall.