With Drake’s love for the UK, and London in particular, at its peak at the moment, Artefact were excited to attend one of the Canadian rapper’s seven sold out shows at the O2 arena.

Drake has had unstoppable success recently.

The Boy Meets World tour follows a 16-week run at number one with chart topper One Dance; viral success with catchy hit Hotline Bling and a feature on Rihanna’s Work as well as their collaboration track Too Good. 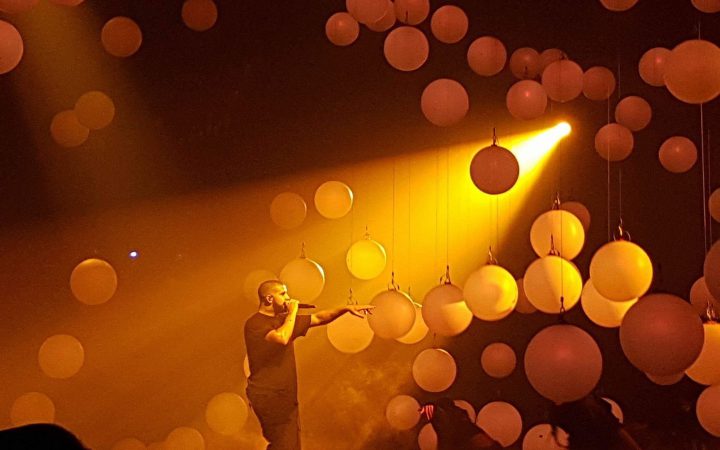 Drake at the O2 [Abigail Edwards-Wigzell]

This tour was much more than a live display of 2016 album Views – instead it paid homage to his faultless career and loyal fanbase.

With an extensive setlist of 30 or more tracks, including a medley of his most famous verses and hooks such as Migos’ Versace and Blessings with Big Sean, the set also saw him perform tracks from across his discography, back to the beginning with debut album Thank Me Later.

The minimalist stage was improved by the array of spherical lights suspended from the ceiling moving in sequence, rising and falling throughout songs and creating a magical light show.

The globe which rose from the centre stage was a spectacle for the final quarter of the show.

He finished with newer tracks including Know Yourself and latest hit Fake Love to which the audience sang in great force leaving Drake speechless as he watched and held the mic up to encourage the singalong.

With support acts from OVO’s very own DVSN, also hailing from Canada, and Atlanta rapper Young Thug mumbling through a disappointing six or so tracks before strutting offstage.

If his mumbly tone wasn’t hard enough to understand already, he was clad in a balaclava making it near impossible for the pronunciation of words to penetrate. 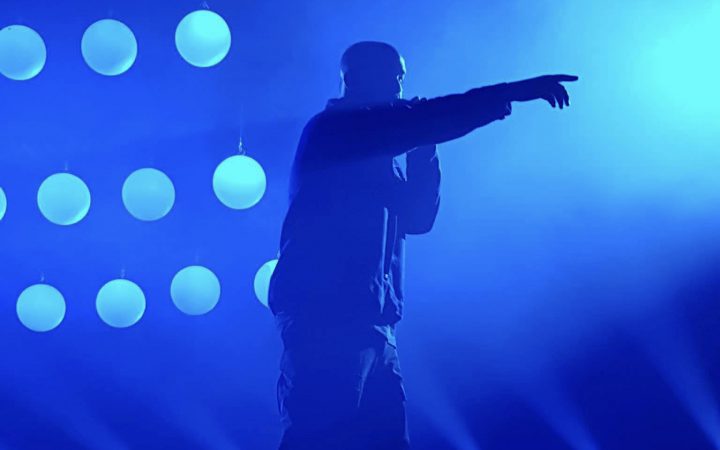 But Drake more than made up for any previous disappointment.

He made it very clear that this show was about him and us, frequently reminding us how much he loves London like a second home, even referring to the “peng tings” in the audience (a nice bit of London vernacular didn’t ya know!).

Drizzy even made an announcement about wanting to bring his homegrown festival, OVO fest, to London this summer which was welcomed with cheers and screams from the 17,000 fans present that night.

London went wild for a special guest performance from Giggs with Whippin’ Excursion, another ode to the UK grime scene which Drake has adopted as his own in recent months.

Even his latest project, yet to be released, is entitled More Life, inspired by London slang and his favourite UK artists.

We got a sneak preview of a new collaboration with Giggs during the intermission whilst the globe arose from the centre.

Drake’s support for UK rap culture is obvious to fans and artists alike, but he demonstrated that this was very much his show, and if he continues like this, his closing song Legend is pre-empting a rightful lifelong status.