The reality of a virtual future

You’ve just walked past the doorman and the music is getting louder as you get closer to the dance floor of one of Berlin’s underground nightclubs.

You’re in. You can feel the kick drum hit your chest. The dense fog is being pierced by the red and blue lasers. The faces of those dancing beside you light up with each flash of the strobe. The atmosphere is incredible.

This is why you came to Berlin…

The two brands collaborated and launched this project back in March 2017, bringing ‘home clubbing’ to a whole new level. The 15-minute virtual experience was shot in an industrial area of Berlin, and features live music, art, immersive visuals and different narratives for the user to choose from, almost like a video game.

This is just one of the recent areas virtual reality (VR) has begun to explore. VR isn’t quite the modern phenomenon everyone thinks it to be. It first appeared in 1935 when science fiction writer Stanley G Weinbaum penned the idea in his short story Pygmalion’s Spectacles. He described the concept of a movie giving sight and sound, but if you add taste, smell and even touch, it places you in the story.

“You speak to the shadows, and the shadows reply, and instead of being on a screen, the story is all about you, and you are in it. Would that be to make a real dream?” Weinbaum wrote. 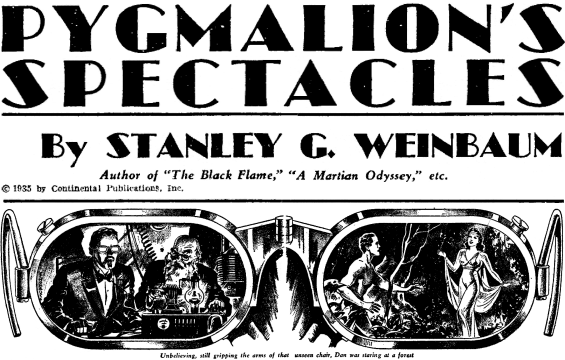 The idea was just a dream until a head-mounted VR system made its way to the public in the 1980s, however it was not an immediate, groundbreaking success.

American teenager Palmer Luckey brought the concept of VR into the modern age in 2010, creating a new headset prototype that would eventually become the Oculus Rift.

Luckey raised $250,000 (£185,000) through a Kickstarter crowdfunding campaign to bring the prototype to commercial production, and was more than successful, raising over $3.2 million (£2.4m), bringing back the attractiveness of VR to the tech industry. Two years later, Mark Zuckerberg, CEO of Facebook, bought Rift for $2 billion (£1.5bn).

Five years down the line, we still haven’t quite reached Weinbaum’s futuristic vision with taste, smell and touch, but VR has progressed greatly in terms of visuals, creating a much more immersive experience for the user. This is thanks to the recent developments in camera technology, such as 360 degree view, which gives the user a full view of their surroundings, placing them right in the scene.

This technology has advanced so far that it is now available commercially through new smartphones. For VR, the simulated experience is shot on a camera with multiple lenses embedded into the device. The 360º view comes from film angles overlapping simultaneously, and, through a method called video stitching, separate footage is merged into one spherical video piece.

Augmented Reality (AR) technology has also assisted in making the immersive experience all the more real. AR is a view of the physical world with elements of computer-generated images incorporated into it, such as sounds, videos, graphics and so on. It has been used since the early 1990s, being developed at the US Air Force’s Armstrong Labs to help pilots with in-flight simulation training.

The most notable success of AR would be 2016’s Pokemon Go, the largest grossing app in history, making Apple’s app business almost $30 billion (£22bn) in one year, taking the total app store sales to $85 billion (£63bn) since its launch back in 2008.

AR takes your perception of reality and enhances it through interactive images and sounds, whereas VR replaces the real world with a simulated one, creating a much more intense experience, taking you somewhere completely different. 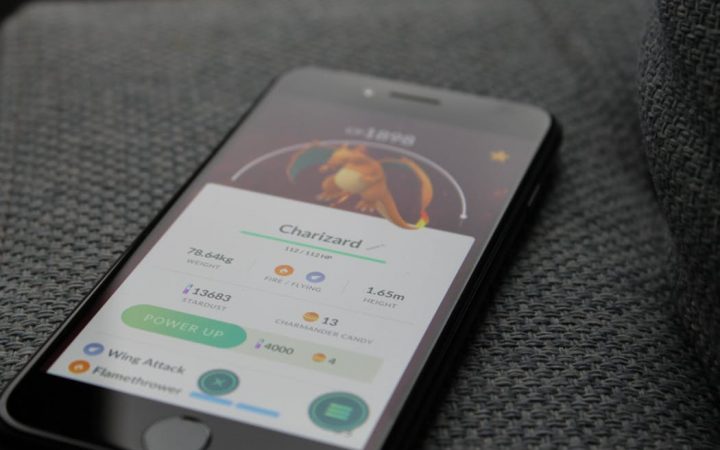 Pokemon Go! One of the first apps to use AR [Pexels:Anton]

This is the story so far, but in an industry whose revenue is expected to rocket to more than $170 million (£126m) in 2020, what is the next step in the evolution of VR?

The media industry is moving towards a virtual reality future, with journalists and documentary-makers using 360º cameras to shoot stories with a new angle. This is a natural step of progression, following journalism’s move from print to online. VR will also correlate with the recent rise of mobile journalism, as reporters broadcast on social media whilst on the move.

Dr. Bianca Wright is the course director of BA Journalism at Coventry University; she has been preparing the next generation of journalists for working in the VR world. “We have created a VR teaching experience that allows students to experience a protest situation and then report on it. Our students have experimented with creating virtual experiences.”

The university is at the forefront of VR education: “We have a module called Experimental Journalism Production and Storytelling and we offer the students the opportunity to explore experimental forms of journalism including VR/360º videos.”

Dr. Wright believes VR is an important step in the evolution of journalism: “It’s another platform for storytelling. And it has the potential to create a stronger connection or bond with the user than traditional journalism. It allows the reader to become part of the story in a unique way.” 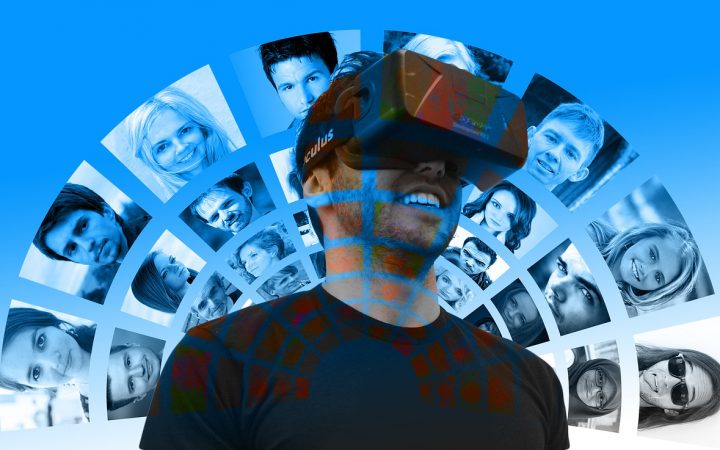 The Guardian has been leading the charge in terms of VR storytelling. “You can see the push to make readers feel closer to the topic. They have used VR to cover autism, refugees, and many other issues. As interactive VR using headsets that have controllers becomes more accessible (costs fall, etc.), then the potential of VR will really be realised. That’s what we are trying to do with the Blitz VR experience. It allows the reader to become part of the story in a unique way,” Wright says.

Keith Martin, Senior Lecturer in Journalism & Publishing at UAL, agrees that VR will benefit the journalism industry. “It’s the high level of ’emotional engagement’ that it achieves. A good VR production transports viewers in ways that other media just can’t manage.”

Until now, VR experiences have all been pre-recorded, creating situations for the user to be involved in, just like the Boiler Room x Google Pixel party with the 150 ravers dancing in Berlin, but what about experiencing this in real time? Technologies like Skype video calling could be used to place the user at any location, watching live events. The opportunities are endless.

Mark Zuckerberg looks past the potential of just making games and believes social VR is the next step: “This is really a new communication platform. By feeling truly present, you can share unbounded spaces and experiences with the people in your life. Imagine sharing not just moments with your friends online, but entire experiences and adventures.”

Zuckerberg clearly has aspirations for experiences with Oculus Rift: “Imagine enjoying a court-side seat at a game, studying in a classroom of students and teachers all over the world or consulting a doctor face to face, just by putting on goggles in your home.”

The idea of a virtual reality ‘society’ is also being developed by a number of tech start-up companies across the world. This involves creating an avatar of yourself to walk around in a virtual world to do video chats with your friends. One start-up, AltspaceVR, believes this is the future, as people will be able to “be together in a more natural way than a phone call, text or video chat.”

With VR gear prices dropping and technology constantly growing, it’s only a matter of time before we’re all wandering around in a virtual social network.

This is sounding too strangely similar to an episode of Black Mirror.