Foreign entrepreneurs on starting a business in London

London is undoubtedly a city open for tourists and is a very popular destination. Millions of people come here every year to see Big Ben and try a traditional afternoon tea at Fortnum and Mason. But what about moving here for longer and even opening a business in the UK?

The fact is, only one per cent of businesses in London are foreign, according to the Office for National Statistics, although it generates 29 per cent of its gross domestic product.

The Daily Telegraph says that out of all world countries, the US own a majority of businesses in the UK with Germany being second on this list. The report also states that the most popular foreign businesses here are mining and quarrying and the least are related to the arts, health and accommodation sectors. Both The Guardian and The Telegraph highlight that foreign-owned businesses in the UK tend to be larger than home-based.

As a student who has already spent five years in England, I was always interested in how I would be able to find work after I graduate from a university. I was happy to meet people who are not much older than me but already are entrepreneurs here doing something interesting to earn a living.

“On the set up there will be some issues, but it is because you do not have experience. All business is difficult to maintain the setup, but you get used to it,” says Igor Kostin, an owner of Le Beautique Spa. Igor now has three businesses and so has plenty of experience of starting up in London.

Before moving to the UK, Igor lived in Moscow where he worked in a bank, in customer relations for one year and in a pension fund of the Russian Federation for three months. Igor decided to open a venue in the UK because he was sure that it is far more secure to have your own business here than in Russia.

Now Igor is an owner of a beauty salon, a refurbishment company and buys-to-let businesses. “When you have your own business you are working 24/7. If you are not going to sort the problems out no one is going to help you,” he believes. 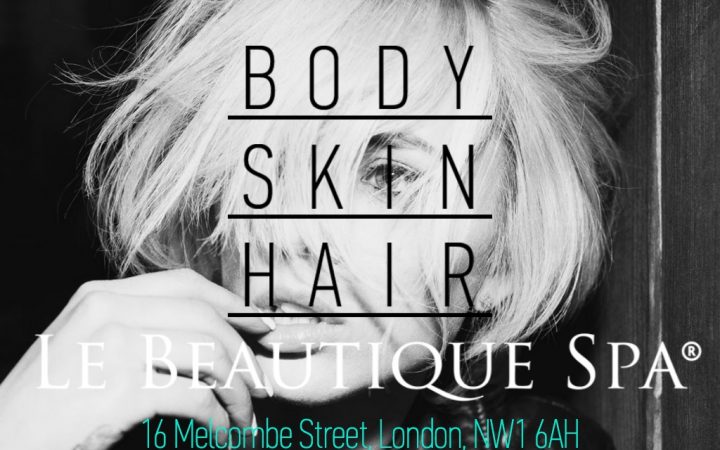 So what led a man who is a true Chelsea football club supporter and martial arts lover to open a beauty business in London? Simply put, Igor thinks that also there is a huge market for health and beauty in London, as it is not developed much here.

Just like Igor, Irina Bondar comes from Russia. She is an owner of Trufflesecco restaurant which has been running for two years now. The idea of this restaurant is unique, as it is the only bar not only in London but also in the whole world, which serves prosecco and truffles together. The story of this place’s creation initially comes from Irina’s sister Lana, who went to Florence on holiday and tried a unique and delicious flavour of truffle. Not long after Irina herself went to Italy to try truffles and fell in love with them as well. The sisters decided to bring the tradition of ‘aperitivo o’clock’ (a glass of wine complimented with small platters) to London.

The philosophy behind the restaurant is original: “To celebrate everyday life in style with a glass of bubbles and a bite of truffles,” it says on their website. But is the maintenance of a restaurant is as pleasant as their motto sounds?

“Coming from a business-orientated family background, I would say it is easier to establish yourself in your own country where you know your laws, rights and people’s preferences,” says Irina. But in Russia, she says, people believe that “who doesn’t risk – doesn’t drink champagne” and so, as a true Russian, she decided to start up this venture.

After two years, she also knows what challenges might arise after you have started up a business. “Looking back I would have paid more attention to negotiating any deal, whether it comes to rent prices or to design works,” says Irina.

She is confident that the satisfaction of your work comes with lots of time spent on learning. As an owner but also as a manager of the bar Irina had to learn about customer service and how to resolve complaints if they happen. “Of course, it is hardly possible to satisfy everyone’s needs but vital to strive to do your best. From my experience, I would say there is always that one per cent of people who are hard to please, it is something that should be taken for granted. If the majority are happy; it means we are doing something right here.”

There are still some areas of growth for Trufflesecco, as Irina hopes to introduce a more extensive food selection to the restaurant. Another challenge is to keep an eye on trends and make sure they deliver the best food and service to their clients. Fulfilling her customers’ expectations is a constant struggle, but she is quite happy with their achievements.

Irina has always wanted her guests to feel welcome and enjoy themselves, and believes that she has achieved her goal. “Judging from customer feedback and online reviews, that is something that people appreciate. I have a lot of returning loyal customers who bring me great pleasure to welcome them back,” she tells us.

Anyone who comes to Trufflesecco will see Irina welcoming her visitors to the bar personally: “Given my outgoing personality and love for socialising, I always wanted to have my restaurant where every day is new, and you don’t know who will walk through your doors tomorrow.”

She knows her work is challenging but still finds it enjoyable. “I wouldn’t trade it for a job in the office or something monotone.” Irina’s future career plans include opening another bar in the brand in Central London.

Aya Naghiyeva, who is originally from Baku, Azerbaijan, began studying in London at the age of 19 and so has many friends here. She has even given birth to her daughter Camilla in the UK, so there are many reasons to stay. To do that, Aya had to either set up a business or continue studying. She chose the first option and opened MYZ Beauty Boutique in Notting Hill. 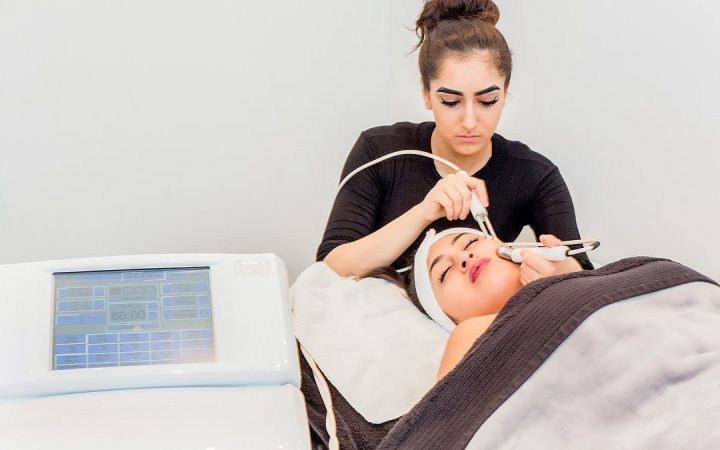 As a young girl, Aya has always dreamed of working in the beauty industry. When she came to London in 2009, it was almost impossible to find a beauty salon here with reasonable prices and sound quality.

Aya agrees with Igor about the level of development of beauty industry here: “Back home beauty industry is way much more forward than it used to be in the UK couple of years ago,” she told us.

According to Aya, it is one of the social requirements in Baku to look good. Baku women use beauty salons on a daily basis and so the industry is more advanced both technologically and psychologically. So the beauty industry is not only more developed there, but also more competitive.

Always looking for positive change, Aya decided that she had something valuable to offer to the beauty industry of London – experience from another culture. Living in the UK for almost ten years now, Aya says: “I am very used to this city, and I love and care about it the same way as I do for Baku.”

One of the lessons she learned during her work is how important it is to maintain a good relationship with customers. “Owning a service based business depends on a lot of communication skills and the way you approach your customers,” says Aya. She meets many clients every day and does not missing a chance to make new friends.

Even though she has settled in London successfully, Aya shares she would love to move back to Baku at some point and maybe even become an owner of a second company there. “Due to new technologies, information and innovation it is very easy to work in two countries at the same time,” says Aya. Aya and her friend are planning to launch a new company in 2018, which will be working directly with the UK and Azerbaijan to provide services for people in leisure, health and education and anything they need when they plan to come to the UK.

When askedabout what advice she would give to starting entrepreneurs, Aya highlights how vital it is to be aware of the market. “In London, if you study the market and industry it is very easy to open a right business at the right time and place. London is a very legally structured city, so if you do everything properly and with the law you will not find major difficulties,” she tells us.

“Last but not least, it is important to bear in mind that any business is a risk, so anyone who wants to invest their money and knowledge should be ready to take this risk and loose, well hopefully not!”