Votes for Women – a complex centenery 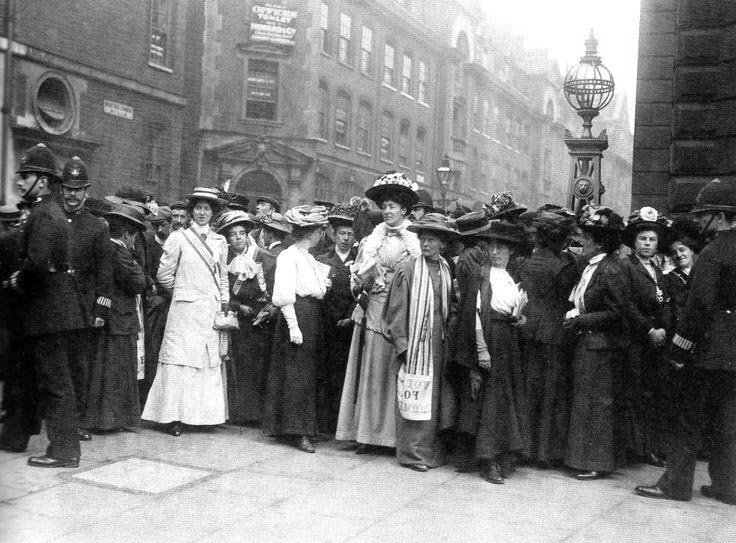 February 6, 2018. An exceptionally memorable day for the history of women’s rights. A stepping stone for the journey of women’s equality.

This historic day marked 100 years since (some) women were first given the right to vote in the United Kingdom.

The 1918 Representation of the People Act gave women over thirty the right to vote, for the first time ever. The act also allowed all men over 21 or over to vote.

However, those women had to fit a list of very particular classist and undeniably sexist requirements.

Those women had to be occupiers of an annual household rent of five pounds, graduates of British universities, wives of householders, or householders themselves. In other words, they had to be wealthy and privileged.

Despite the fact that 8.4 million women in the UK got the right to vote, the majority were still excluded.

This moment in history is largely celebrated. However, the journey of women’s rights is far more compicated, and although this day granted some women the right to vote (a great step forward) it did not include many women because of their social, economic and racial backgrounds.

In honour of marking 100 years, some of the most famous galleries in London are holding exhibitions to celebrate this monumental moment in history, including the Museum of London, the National Portrait Gallery and many more across the capital.

But, why does this day still carry so much controversy? As the #MeToo movement continues to unfold before our eyes, it is clear that there is controversy surrounding these celebrations because of the current state of women’s equality, though we have come far, we have a long way to go.

Despite this view, there are still many women that deserve to be celebrated for their undeniably courageous actions during this difficult time.

Artefact visited Votes for Women at the Museum of London, who have invited people from all over the world to celebrate this centenary. Exhibitions are running through to January 6, 2019.

The exhibition was powerful and moving, displaying medals, films and posters that illustrate the many individual stories during this time. It accumulates symbols and interpretations of these historic events that mean so much to women all over the world. 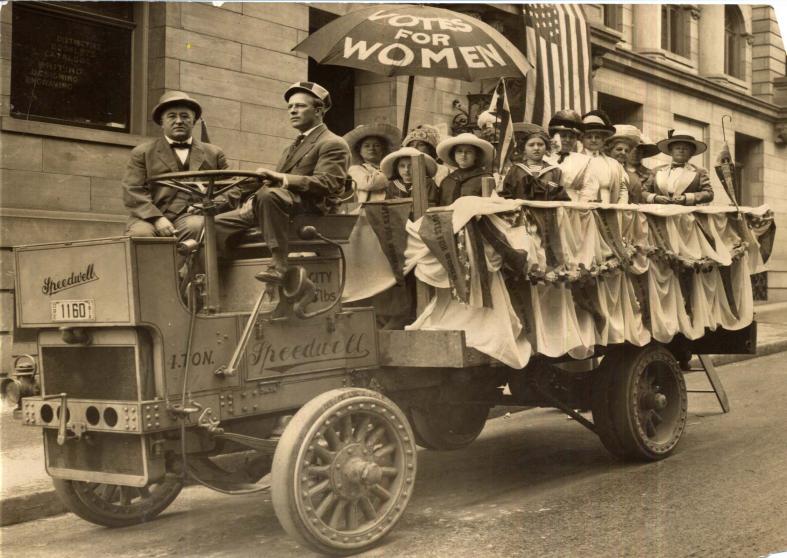 Women campaigned for the right to vote on both sides of the Atlantic [Flickr:Infrogmation]

Sylvia Pankhurst, often regarded as one of the main driving figures of the Suffragette movement, is a central figure. Pankhurst organised remarkable marches, rallies, and demonstrations in order to publicise the Women’s Social and Political Union. She spoke to thousands, and women from all over the country would come to listen to her powerful speeches.

Pankhurst was jailed on many occasions for her continuous campaigning and hunger strikes. Sylvia was the daughter of Emmeline Pankhurst, founder of the Women’s Franchise League, who was also awarded the hunger strike medal for her continuous involvement in the fight for women’s equality. Both very powerful women who most definitely deserve the recognition.

Emmeline Pankhurst was awarded a hunger strike medal, and this is one of the many monumental objects on display at the museum. This hunger strike medal not only symbolises what she experienced, but it is a token that illustrates the pain endured by all the women fighting for their own rights during this difficult time.

The exhibition aims to celebrate some of the most well known, and lesser known suffragettes. Alongside a film that captures incredible moments during this time, Louise Eates’ pendant, designed by enamellist Ernestine Mills, is on display at the famous exhibition. Louise Eates, a founding member and Secretary of the Kensington Branch of the Women’s Social and Political Union, was awarded this pendant on her release from prison in 1909.

On display is also Emily Kitty Willoughby Marshal’s three pendant necklace. ‘Kitty’ was Emmeline Pankhurst’s bodyguard, and was imprisoned three times during her involvement in the suffragette’s movement. Each pendant represents the times in which she was jailed for her resilience during this difficult time.

The exhibition was captivating and these historical symbols speak so much truth to the struggles that were faced.

However, without discrediting the work of the suffragettes and suffragists, there has been a clear backlash towards the celebrations around marking 100 years.

The unfortunate truths of this period are often ignored, and although the day was a positive and incredible step for women, disregarding the truth surrounding this period hinders our attempts for justice.

In an interview with The Guardian, Marai Larasi, executive director of women’s campaigning group Imkaan, spoke about the deeper truths surrounding ‘100 years of the vote.’

“As we celebrate this centenary, I believe it is important to acknowledge painful truths, including that some prominent suffragettes were racist and anti-working-class, and that some women are still unable to vote. This “100 years” therefore has a more complex meaning for some of us. However, if we can hold these truths, we may also be able to challenge injustice, while imagining and creating an equal future.”

The media coverage regarding this milestone has been fixated on the initial impact that the Representation Act had, without explicitly referring to the injustices that ‘other’ women faced during this time.

It is important to recognise that the passing of the law should be celebrated and marked as an incredible day in women’s history, as should any step towards women’s social and political equality. However, it is also just as important to acknowledge the harsh realities that reflected the sexist, racist, and classist society of the time.

This law was incredibly progressive in the context of its own time, however, if we are celebrating it 100 years later, surely, we must be more critical of the truth behind a law that was still so clearly driven by sexism.

We have to ask, what is being celebrated when these realities are ignored and simply overshadowed? 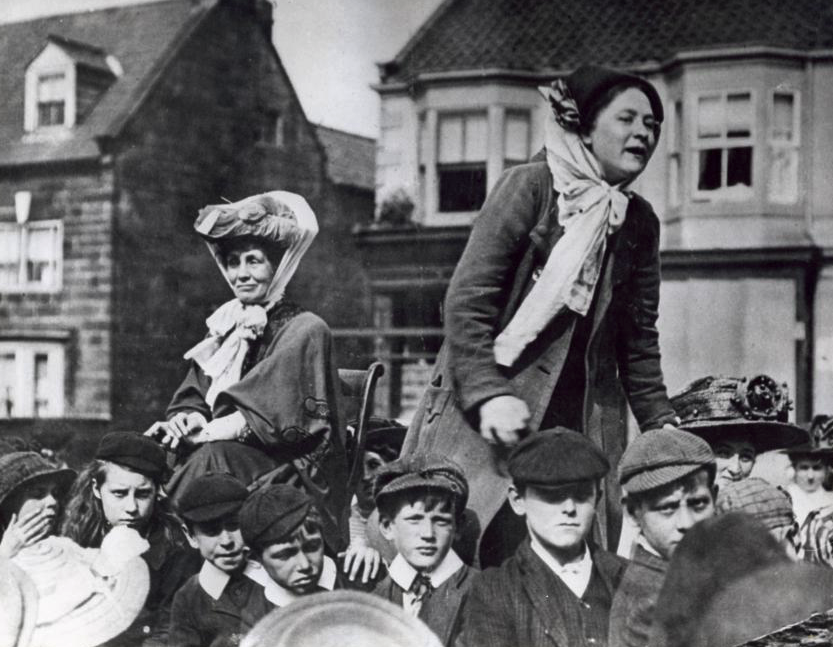 Vanessa Roth, the founder of Nessaro productions, told Artefact: “It’s still a positive thing that some women got the right to vote 100 years ago as this shows that gender equality was finally taking the right steps forward. However, it’s just a shame that it was only white, rich, older women who got most of the beneficial results of this. I see it as women taking two steps forward and one step back.”

Many others have also expressed their concern about celebrating this day, as they believe it should be acknowledged, but should not be seen as the official day that women were able to vote, as this was not the case.

“I think we should instead celebrate when ALL women got the right to vote because there’s no point celebrating the fact that many black and ethnic minority’s voices were not heard and were not considered important,” Roth says. She also believes that schools should do more to properly educate younger children on this historic day. Making sure that they are aware of the truth behind this day, rather than branding it a day of celebration, it should be branded as a day that sparked a journey towards women’s equality.

“I think these topics should be present in general history lessons not just when it’s international women’s day for example. School curriculums have a tendency to leave out vital facts such as not ‘all’ women not having the vote. Schools have a duty to teach historical truths and leaving out key details is denying children the right to factual information and education,” Roth told us.

Much of the outrage has come from the fact that women believe this is not the official day that all women obtained the vote, so it does not do justice to the truth of this day. However, many women are also very happy to see this day as a stepping stone in history, as long as the truths are revealed and we are all informed of the harsh realities that were a product of this time.

Perhaps we should use this day to reflect on how far we have come, but acknowledge how far we still have to go. Around the world, women are still being viewed as ‘second’ to men, and there are still many outrageous restrictions that are placed on females across the globe.

In work environments, home life, education, politics, culture, and society, there are still many unrealistic and unfair expectations forced upon women. And although there have been many steps towards bettering the status of women’s equality, there are far too many locations around the world that advocate and allow these restrictive regulations to take place.

One truth that is still shocking to many is the on-going gender pay gap in the UK. Something we would assume should have been resolved. 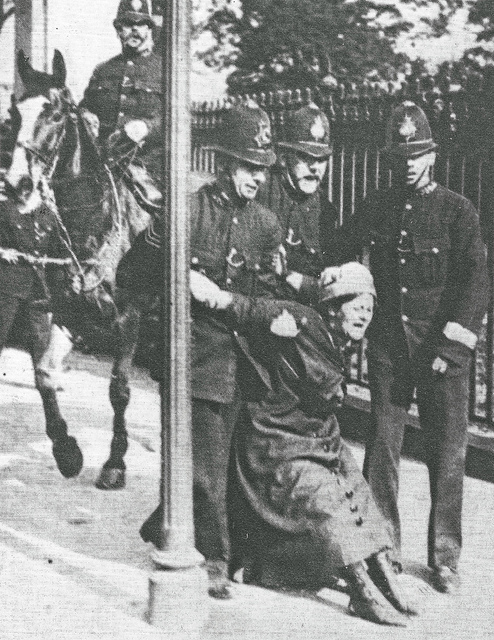 However, we should perhaps accept that we are far more privileged than many other women around the world. The patriarchy is woven into our society, but it is blatant and unapologetic in some parts of the world. For example in Saudi Arabia, the last country to allow women the right to vote, women face many cultural restrictions and are denied basic human rights simply because, they are women. It was only last year that women were able to learn how to drive, and the behaviour of women in public and at home is always scrutinised and questioned. Because of this, there are many restrictions on women voting, as they are not free to leave their homes without the permission of a male figure.

In Afghanistan, women are forced to ask permission to leave their homes, unless there is an emergency situation. A basic human right that we may take for granted. Voting for women is frowned upon and often women are attacked, beaten or killed if they are seen voting or near voting stations.

In Uganda, violence and protests against women at polling stations is very frequent, which again restricts and discourages women from exercising a basic human right.

The Vatican City, the last place in the world that still does not allow women to vote. A shocking fact. Although only cardinals can vote, some men are able to vote and become cardinals. Women, however, not a chance.

Unfortunately, these are only a few of the examples. Around the world, there are still too many restrictions that are placed on women. Even if women are legally able to vote, the cultural implications are what discourages them and therefore does not allow them to prosper in any field.

Perhaps these realities cause such a debate around the topic of the vote. Celebrating this day is essential to credit the work that was carried out in order to spark a journey. However, 100 years later, we need to do better.

There is still a long road, and women must fight for all women, regardless of where they come from, their skin colour, how old they are, or what their financial status is.

Basic human rights for women are still being denied, perhaps we should use this ‘100 years of the vote’ to open up this conversation, and fight harder for all women’s rights.

Votes for Women – a complex centenery

Tyler the Creator or Tyler the Misogynist?