On January 20, 2018, Greenpeace staged a global protest in support of an Antarctic Ocean Sanctuary. This precedes a meeting of the Antarctic Ocean Commission (CCAMLR) in October, where the possibility of a marine protected area (MPA) will be discussed. 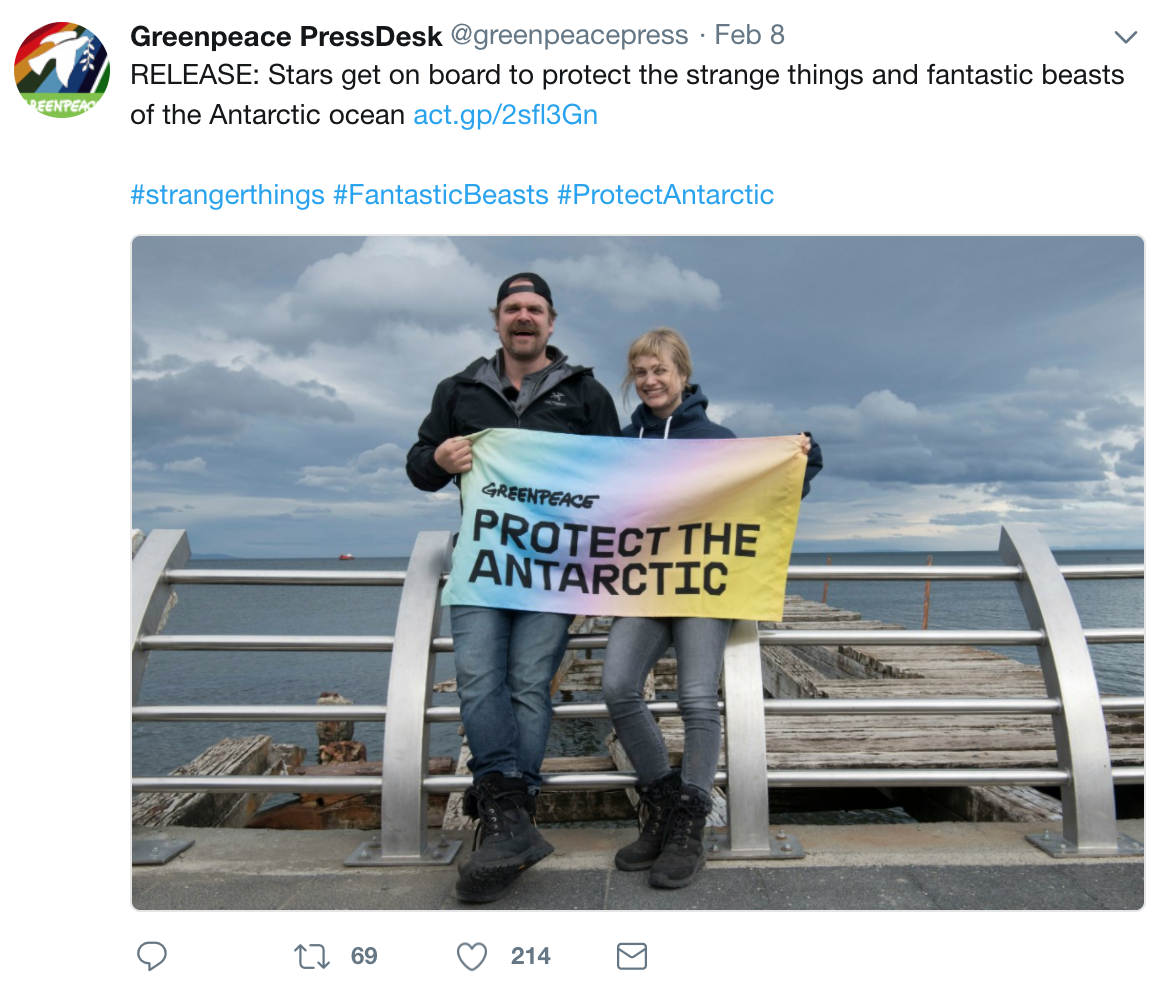 Frida Bengtsson, head of Greenpeace’s ‘Protect the Antarctic’ campaign, had said in a press release: “This sanctuary would be a safe haven for penguins, whales and seals, and put the waters off-limits to the industrial fishing vessels sucking up the tiny shrimp-like krill on which Antarctic life relies.”

This day of protest also coincides with a Greenpeace expedition to the Antarctic from January to early April this year. The aim is to gather scientific evidence of the local wildlife facing pressures from pollution, overfishing and climate change. This will be presented to CCAMLR in the hope that it will influence their decision.

Celebrities such as David Harbour and Alison Sudol have boarded the Arctic Sunrise to the Antarctic.

In the run-up to the event, Greenpeace also featured a ‘march of the penguins’, whereby origami penguin ‘Wolfie’ was photographed at iconic landmarks across the globe. All the masks for the day of the protest and the origami penguin Wolfie, were created by artist ‘Paperwolf’.

At 3:00pm outside the National Theatre, activists performed a tap dance in origami penguin masks in the rain. Across the rest of the Uk, teams set up stalls to coax the public into signing the sanctuary petition. The images from the event will no doubt feature heavily in their campaign even whilst the turn out for the protest was scarce. 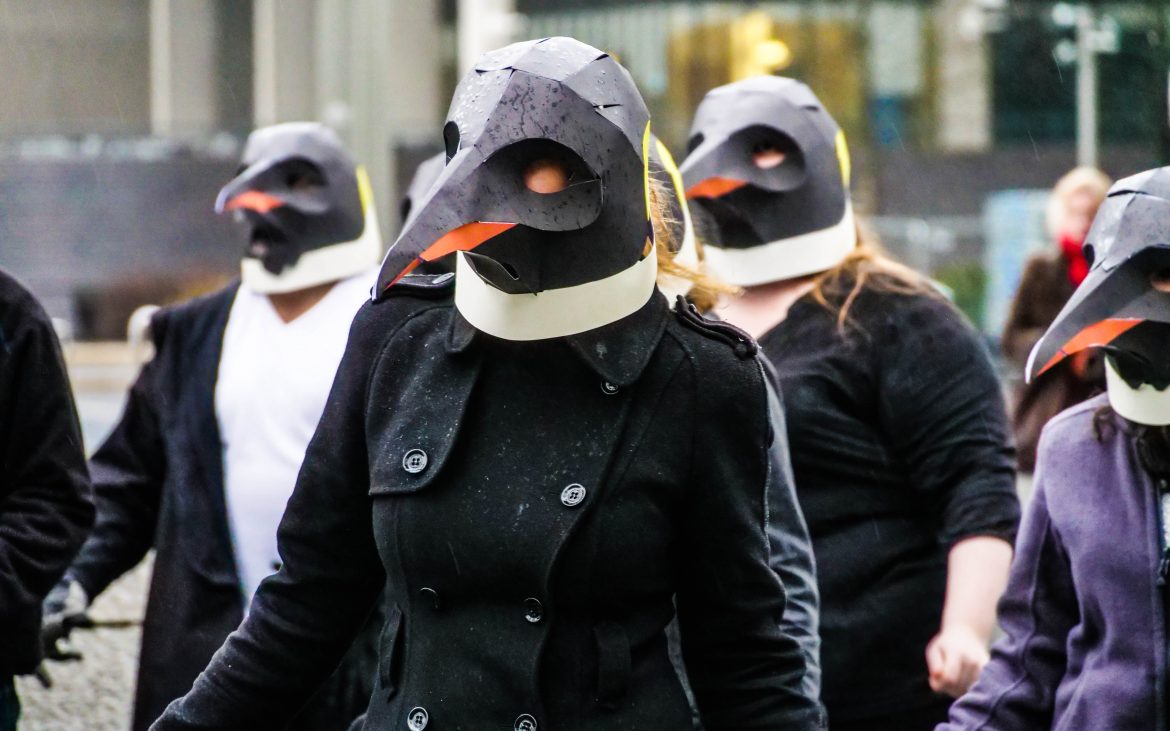 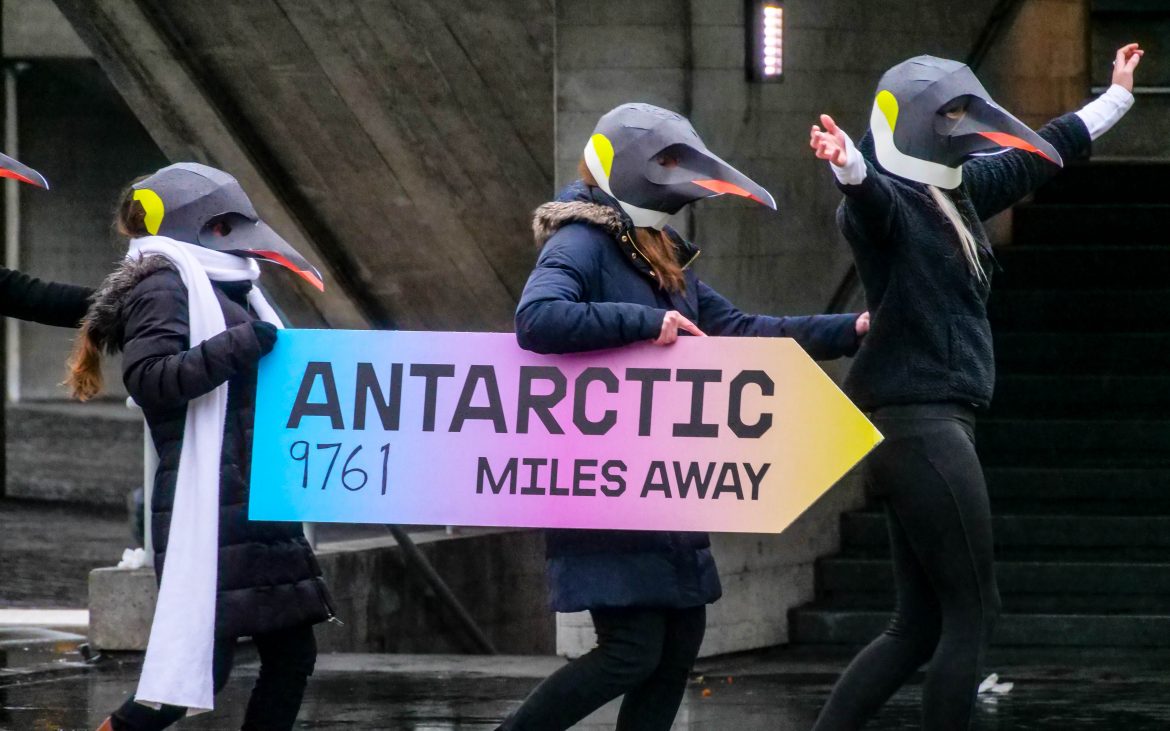 The idea for a 1.8 million square kilometre sanctuary derives from a previous success in the Ross Sea. In October 2016, CCAMLR agreed to a 35-year MPA in the Ross Sea following five years of lobbying from groups such as Greenpeace and the Antarctic Ocean Alliance (AOA).

Resistance arose from Australia, Russia and China who have fishing industries in the region and are expected to further challenge this second MPA. The Ross Sea is the first sanctuary in international waters and will hopefully set a precedent for further parks to be agreed to.

The fishing of krill could hugely disrupt the Antarctic’s ecosystem. At the bottom of the food chain, these tiny crustaceans are a major food source for whales, fish, birds and seals. Krill is fished for its Omega-3 oils which are used in supplements and as a food source for fish farms.

The Antarctic is already vulnerable due to the threat of climate change, as is the krill populations. There has been a steady decline in the populations of krill since the 1970s. Although there is no threat of extinction for krill, the fishing of the crustacean in the Antarctic Peninsula could cause conflict with krill predators such as penguins and seals who hunt there.

Whilst fisherman can move to different areas to capture krill, penguins and seals whilst they are breeding, for example, can only travel a certain distance in order to find food for their young. Fishing can push predators out of the areas they rely on and frequently use to hunt. 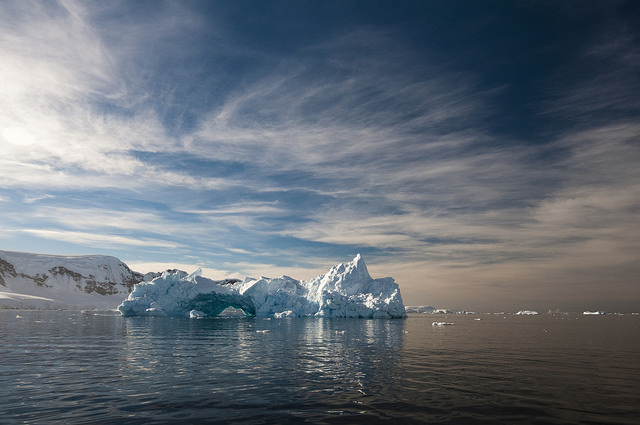 Sea ice is crucial for krill populations, krill use it for shelter and to feed on algae that form there [Flickr:Oregon State University]

The new sanctuary Greenpeace is pushing for will cover a large area of the Wedell sea and relies on a unanimous vote of 24 CCAMLR members.

Artefact asked Claire Christian, Interim Executive Director for the Antarctic Southern Ocean Coalition (ASOC), how likely it is that this second MPA will be agreed to this October,

“We don’t know what’s going to happen with the next one, each one is case by case in some way, we do hope that having one in the modern push for MPAs should be helpful.”

Christian suggested that whilst they are uncertain of the outcome of the meeting, there are scheduled workshops for scientists and NGOs to discuss issues and give CCAMLR countries an opportunity to voice their concerns before October.

“I’m hoping that we’re getting a sense to what people might object to and (are) giving people a chance to really talk (…) outside the CCAMLR meetings so that we can hopefully have more productive discussions.”

ASOC believes that MPA’s in the southern ocean is the best form of protection for this fragile ecosystem, however, they also push for strict management of fisheries by CCAMLR and support the Pew Charitable Trusts ‘Antarctic Krill Conservation Project‘.

With penguin populations in the area declining, for example, it’s difficult to know if it’s due to climate change or fishing and so creating MPAs is valuable for scientific study and comparison. In the meantime, the management of fishing to ensure it doesn’t conflict with krill predators is also necessary.

“We’re very interested in pursuing both, even if we had a huge network of MPAs we would still say CCAMLR has an obligation to institute fisheries management practices that are in keeping with the treaty that all those countries signed.” 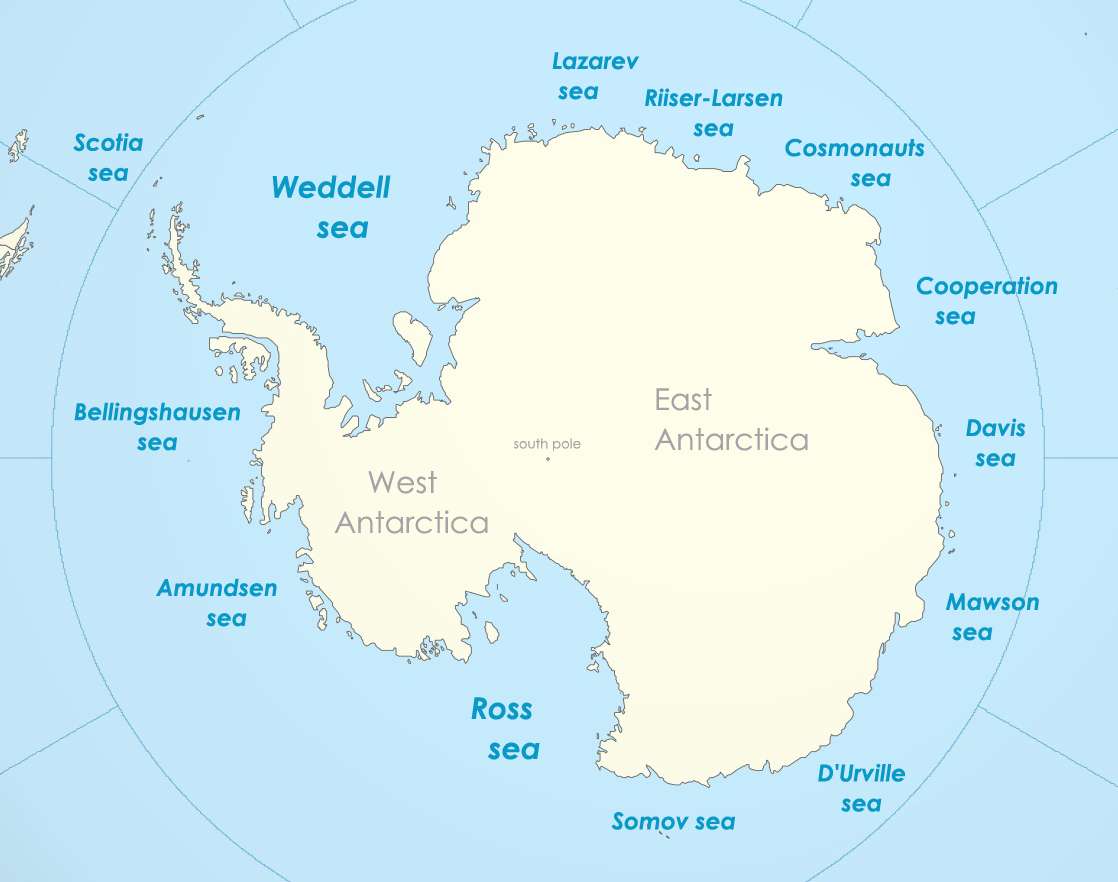 We asked Christian why it is necessary for NGO’s to have to push for CCAMLR to uphold its treaty,

“You have so many different perspectives on what environmental protection means I think it’s really important for the international environmental community to say – here’s our unified position.

With the first MPA in the Ross Sea a result of five years of discussion and many organisations unsure of the outcome of October meeting, I was anxious to know the potential impact of krill fishing if the majority of the Antarctic peninsular is to remain open for years to come,

“I think in terms of fixing a problem that’s on the verge of disaster I don’t think that’s the situation we have with krill but I do think that we have a really great opportunity to get it right before we get there.”

Christian recognised that there’s often an assumption that even if you push things to the limit, once you’ve noticed there’s a problem you can just cut down and the population will bounce back. In reality, areas of the southern ocean are still recovering from over-fishing in the 60s and 70s.

“Part of the reason that the CCAMLR treaty is really important is because the treaty acknowledges that you need to not be making assumptions – your first priority should be looking at the ecosystem and being precautionary.”

Greenpeace has recently released submarine footage of the Antarctic seafloor taken on their expedition. The footage showed the sea floor to be ‘carpeted with life’ and will be submitted to CCAMLR as evidence that a sanctuary is needed.