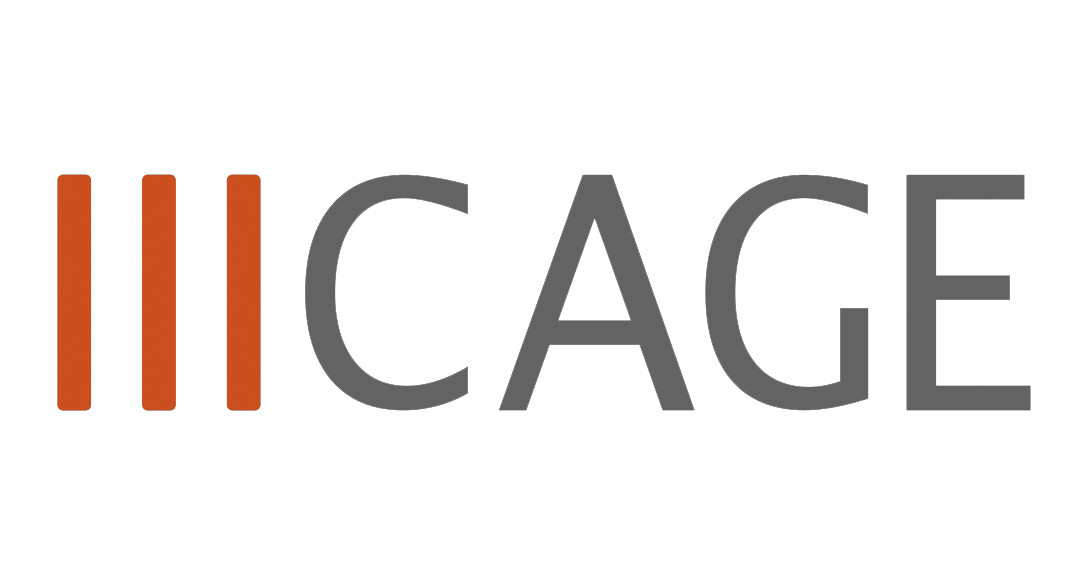 CAGE is an independent advocacy organisation operating to empower communities who are impacted by the legislation of the international campaign Global War on Terrorism. It’s a non-governmental institution which caused controversy for many of its bold views and empirical work since its establishment in 2004.

The Daily Mail brands them as a “poisonous organisation” while the Daily Telegraph condemns them as a “network of extremists” and Boris Johnson called them out for “acting as apologists for terrorists.”

Speaking directly with Asim Qureshi, the research director of CAGE provides an eye-opening insight to the practical ways they resist the backlash they face.

“For a start we have to understand that states traditionally don’t take very well to criticism, it’s not something they’re able to handle, they don’t like it, they see it as people being ‘uppity’ – you can’t have a policy like the War on Terror for 16 years and to make things dramatically worse than they were when the issue first arose and then expect that people won’t hold you to their account for that.”

As he comes from a civil liberties and human rights background, attributes such as transparency and accountability are obliged and therefore, the same strict behaviour is conducted in his working environment. He says CAGE tries to practise accountability on a regular basis even if it does not work in their favour, a trait he regards as “remarkable”.

“It’s about being open enough about holding yourself to account, I think as Muslims, we’ve spoken for decades in our activism about mosques not being accountable, and community organisations not being accountable. I think it’s important for any Muslim organisations that talks about the due process in particular like we do, to be able to hold ourselves to account. CAGE tries to do that both internally and externally hold ourselves to account.” 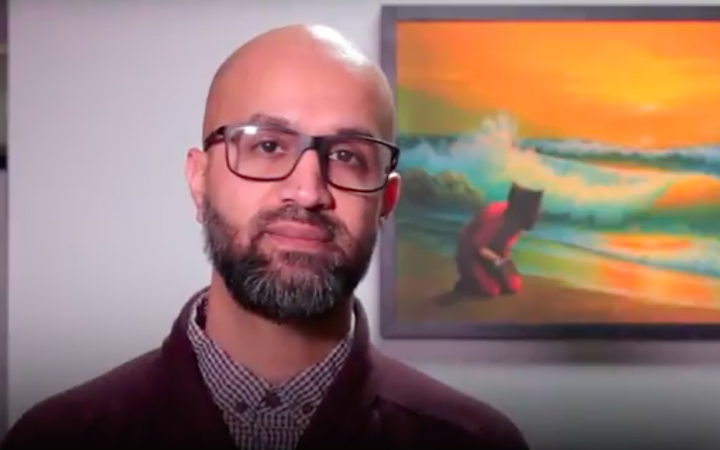 Asim Qureshi spends most of his day consulting for legal teams around the world who have Muslim clients facing various forms of detention and lack of due process. As he deals with international investigative affairs, his job inevitably requires him to travel abroad regularly. He tells us there is a certain degree of abnormality that comes with the nature of his work especially as he has children of his own.

“It’s difficult to explain it to children – like how do you tell very young children that you’re representing torture victims, how do you talk about the child that you just met who was abused by security agent and so forth, for them to understand and conceive why it’s important to do this work?”

It’s a role largely based on trying to understand the different phenomenon that rises out of the war and terror military campaign launched by the Bush administration. He collects data around them to understand what’s happening, which helps him issue responses.

Since the research began in 2004, he and his associates discovered the presence of a whole degree of British government complicity in people being sent to Guantanamo, resulting their first report being published.

“Our first report was very much the back of kind of doing this kind of investigation work and the research role was really kind of focused on that for many years, so yeah it’s a lot of reading and doing analysis work in hopefully trying to write reports to better educate our communities around what the war and terror means from an empirical perspective.”

Despite the criticism they receive relentlessly, Qureshi insists CAGE is a necessity as Muslims are primarily the focal point of the War on Terror. CAGE serves as representatives of empowerment and resilience for the Muslim community as it shows willingness and solidarity from the people of their society.

“You need a Muslim-centred response to what’s taking place, because nobody understands our communities like we do, nobody understands the needs of our communities like we do. There are layers to Islamophobia and structural islamophobia and structural discrimination that other people might simply not see or  get, like they don’t get why reporting a child who’s got the name Abu Bakr on the back and being confused assuming it’s support for Abu Bakr Al Baghdadi rather than Abu Bakr Al Siddiq might be a problem, for them it’s like a non-issue right? But for us, these are big things.”

On November 20, 2016, Mohammed Rabbani, the international director of CAGE, was held and detained under Schedule 7 of the Terrorism Act 2000, at Heathrow Airport. The detention came as he was returning from the Middle East after meeting a man in Qatar who claimed he had been tortured by US agencies for twelve years and had contacted CAGE for justice and accountability.

Mr Rabbani was familiar with being stopped and searched and says it has happened more than twenty times. However, this time, they refused to let him free until he shared the passwords to his devices.

The 36-year-old told the court the devices contained confidential information and evidence regarding the case so that he could pass it onto British lawyers, and that sharing it would breach “personal and professional” privacy.

Similarly, on December 11, 2017, Hani, a young Somalian girl,  took to Twitter to express her distressing experience at the Luton airport.  She was detained under the same legislation on her way to a holiday to Rome. Along with the tweet, she also uploaded a video in which she states “Islamophobia is rife and very real.” 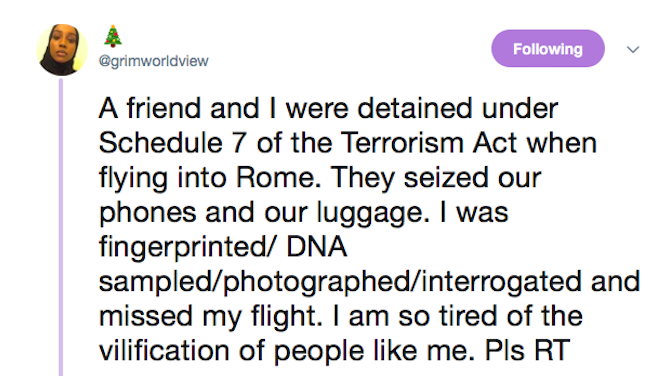 Once the final results of Mohamed Rabbani’s court case came through Qureshi described the office atmosphere as one of a ‘party’ and ‘joyous’. They were proud he did the principled thing as his response was ultimately the right thing to do so. “He was convicted of a crime that should never be a crime in the first place. That’s in the tradition of the Martin Luther King’s and the people of this world who went to prison for the sake of standing up against something that was unconscionable.”

What CAGE and its representatives try to make clear is that no-one should have to be a victim to the overarching securitisation, there is an agency in responding to this excess of the governmental scrutinisation.

Diving deeper, he explores the numerous factors which reinforce the concept of Islamophobia, “It’s important things like the hijab and beard which all intersect with the existent of Islamophobia, they intersect with securitisation, all of these overlapping layers of which our community is the only one that really understands the full complexity of them and the reason why we do, is because it is a lived experience for us.”

An attribute Qureshi emphasised heavily and multiple times on is the responsibility of principal, a quality he praises in human rights lawyer Gareth Peirce, who “defends people who have been accused of the worst possible crimes, but she still defends them, and why? Because Gareth believes in principal, and that’s what it comes down to every single occasion.”

It’s the same simple equation CAGE also follows, and for each case asked whether it in the context of war and terror, and whether there is a due process element missing?

This approach could be identified in the case of Anjem Choudary, a man Qureshi affirms he has “no time in the day for”; although they did not represent him directly, it was a case they were obliged to take as it involved terrorism legislation.

He explained in regards to the types of cases CAGE arbitrates in using the example of one of the first terrorist plots in the UK, “Operation Crevice”, which was a police investigation into a terrorist cell in southern England.

“The reason we didn’t intervene in Operation Crevice is because the police did their job, they found the plot, they found the explosives, they prosecuted these men under the criminal justice system, there wasn’t any terrorism legislation involved, there no aspect for us to be able to intervene into the case. So it’s not about representing terrorists for the sake of representing them, it is about what is the principal position in relation to this.”

The portrayal of Muslims as a problematic community is a common stereotype many concede to, a perception Qureshi wholeheartedly disagrees with. He points to research conducted by a forensic psychiatrist and former CIA case officer, Professor Marc Sageman, and his book Misunderstanding Terrorism in which he does an analysis of the risks posed by Muslims by the method of reduction.

In other words 99.98 per cent of Muslims are not involved in any type of violence.

To justify his observance of a skewing towards Muslims solely based on fear, he revealed how it’s significantly lower than any other type of violence that there is, with alcohol-related incidents accounting for eight per cent of violent crime each year.

He does, however, acknowledge the scale of devastation caused by a single act of terrorism is terrible, proven by the Westminster Bridge attack, and Manchester attack, though, like Marc Sageman, Asim Qureshi declares the extreme degree of surveillance that has been instituted against the community as unjustifiable.

Faith is a crucial factor for Qureshi, notably the way he measures the element of success for his work. He feels a sense of accomplishment when someone is released due to a legal argument and advice he puts forward.

“Success can’t be measured by what you achieve materialistically, it’s about being present, about fulfilling an obligation, about being in that moment doing what you’re supposed to do despite the difficulties it might bring to your life.”

In addition, he clarifies the influence of his faith using the term Qadr (a notion of the divine decree), which is the belief nobody can be imprisoned nor, released without the will of God involved in the process. And if that sense is absent, then it would change the optics about what you view success as which conclusively honours him by feeling privileged for the position as a research director at CAGE.