Kosovo’s independence from Serbia has taken another step forward after the director of the country’s main telecoms provider has activated its new telephone country code with the very first phone call on mobile operator VALA.

The International Telecommunications Union allocated the +383 country code to Kosovo on December 15, 2016, although it was anticipated that this change would be introduced gradually.

Kosovo’s independence, which would see them freed from their geographical relations to Serbia as a nation, continues to be a controversial topic.

Something as seemingly insignificant as a mobile country code means so much more to the people of Kosovo. The economic benefits will help in a country that is one of the poorest in Europe.

The people of Kosovo also believe that this change will help solidify the independent identity of the country, especially because of the controversy that still surrounds the nation’s independence overall.

For this development, Serbia granted the “geographical area of the Autonomous Province of Kosovo and Metohija” the code +383 on the basis of an agreement reached in Brussels.

Tele-geography reported that “under the new deal, Belgrade will issue a notice to the ITU, agreeing to the allocation of the new code, by 3 December. For its part, meanwhile, Kosovo will issue a temporary and limited concession permitting Serbian state-owned telco MTS to provide wireless services via a local subsidiary in Kosovo.”

“Following the conclusion of the agreement, Kosovo will switch to the new 383 code and remove the three codes currently in use: 381, 377 and 386,” the report stated.

Changing the country code for Kosovo’s mobile and landline phone numbers has been the topic of conversation for many years now, amongst the community and political figures alike.

Despite the decision to change the country code being made in December 2016, the numbers have only just been activated through the mobile operator Vala.

Currently, the +383 code is only available through Vala, but Mustafa assured the people of Kosovo that other networks will be updated so that the other codes will be phased out by June 2018, while landline codes will also be changed by the end of the year.

Using different country codes has been detrimental to the economy within Kosovo, because of the costs that come with using so many different geographical telephone codes within one nation. 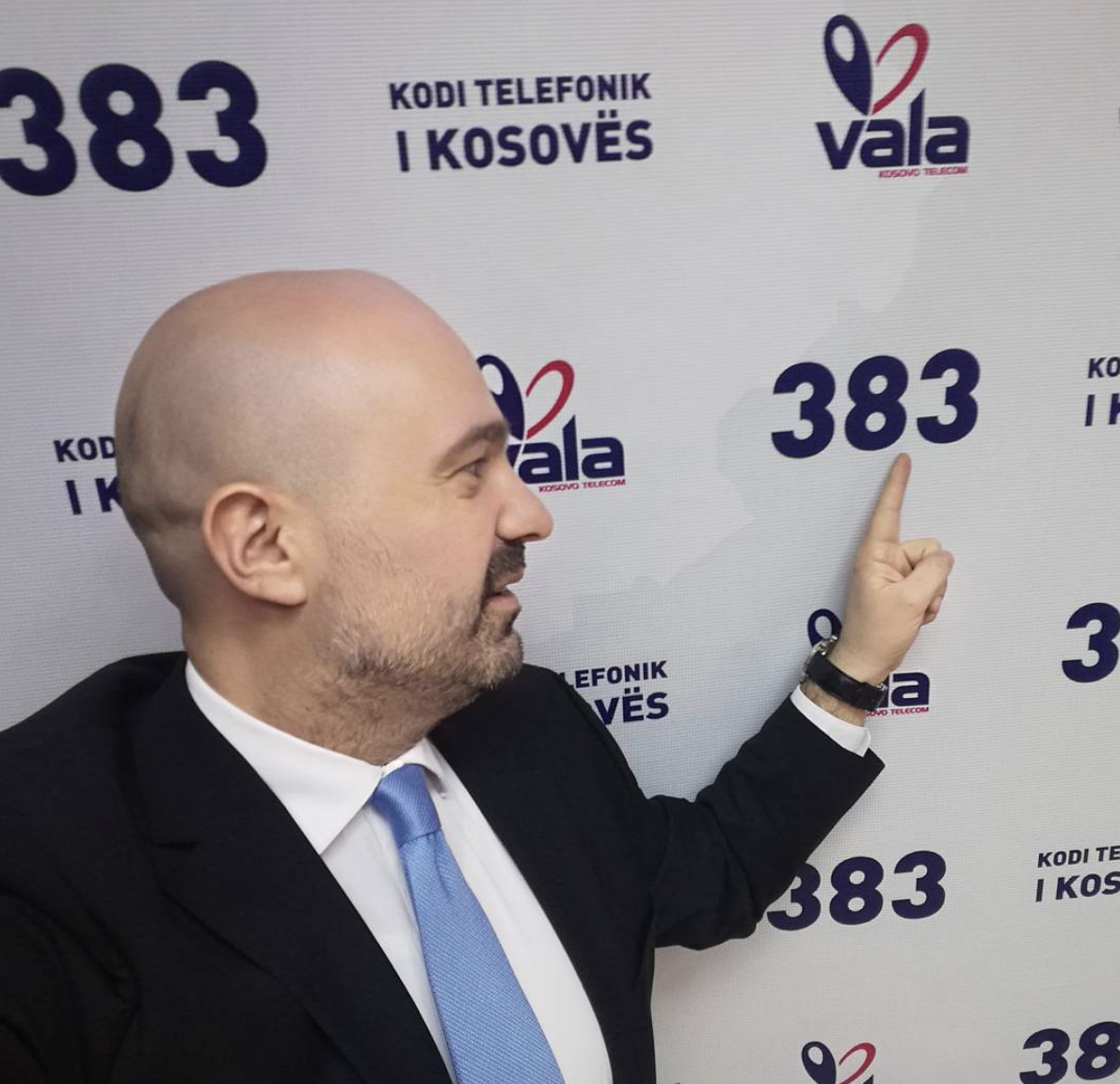 The largest telephone networks in Kosovo will be obliged to change their codes, and previous country codes will become deactivated within the next 18 months.

Communications app Viber, used by many for its free Wi-Fi enabled phone calls, sent out messages this past week alerting its users for the first time that their contact numbers have now changed, prompting them to update and save these numbers.

Edita Tahiri, the Minister of Dialogue for the Government of Kosovo, welcomed the allocation of the code in 2016 calling it “a great and historic achievement for Kosovo.”

Kosovo will celebrate their tenth year as an independent country on February 17, a historic milestone for the Albanian-Kosovar community. Kosovo’s independence was declared in 2008, despite this, many nations around the world still do not recognise Kosovo as an independent nation. As a result, Kosovo has struggled to build its economy through foreign investment opportunities.

The country code has been delayed for many years because of the disagreement on the status of the independence of Kosovo, although Serbia has claimed that his allocation is a geographical one rather than a political one, they do not want to undermine the status of Kosovo’s independence.

Although Kosovo is still not recognised by many countries around the world, the aim to run independently in all its means still stands strong, and the telephone code gives hope to the people of Kosovo for further improvement and state sovereignty.

Political campaigner Reis Zeqiri also welcomed the move: “Without our own code, Kosovo has had to use many other mobile and landline codes from other nations. This has impacted the country negatively in more than one way. By not using our own code it has cost our nation over 200 million euros, which is devastating to a nation that is financially struggling,” he told Artefact.

“By using the new code, +383, Kosovo will be able to re-build the economy that was so badly impacted by the use of foreign mobile codes. As a country we are able to look forward now and hope that our country will gain a solidified identity through these ventures.”

The new telephone code has had a great reception from the Albanian-Kosovar community, as they believe that this will be a small but significant step towards solidifying their nations independent status across the world.

Want to grow weed? There's an app for that

By Nathan Doubleday
4 Mins read
How social media helped to shape the progression of cannabis home cultivation across the globe.
Culture

By Nathan Doubleday
5 Mins read
How do national Lockdowns affect mental wellbeing of religious people, and how are places of worship adapting?
Culture

By Melissa Johnson
4 Mins read
We examine the way in which lockdown and a Netflix mini-series have fuelled the revival of a centuries old game of strategy.