Why are people willing to pay live streamers in China?

Last summer, when I was on holiday in Shanghai, China, I ran into one of the most famous Chinese live streamers, Fengtimo, by accident.

Timo usually does covers for pop songs which she sings with her unique voice and adorable style for the viewers. She has attracted a large group of fans – about 13 million viewers follow her live streams, and most of her songs are loved by the audience.

Fengtimo is a typical Chinese Internet celebrity, which is also called Wanghong in Mandarin.

In 2017, Fengtimo became the most popular Internet celebrity and live streamer with the highest income in mainland China. There are 6.33 million followers on her Sina Weibo account by now.

Timo was holding a selfie stick. She was singing loudly and kept smiling at the camera. She was cheerful and dancing along with the rhythm.

To be honest, the first thing that caught my eye was not Timo herself, but the large group followers on the street.

While Timo was roaming in the crowd, outside of the largest shopping malls in Shanghai, there were endless amounts of people coming up to her asking for a photo. She looked quite patient and always smiled kindly and showed willingness to cooperate.

The fashionable, young lady was dressed in a pink polo shirt paired with denim shorts and white Alexander Mcqueen sneakers. And of course, her makeup was immaculate. 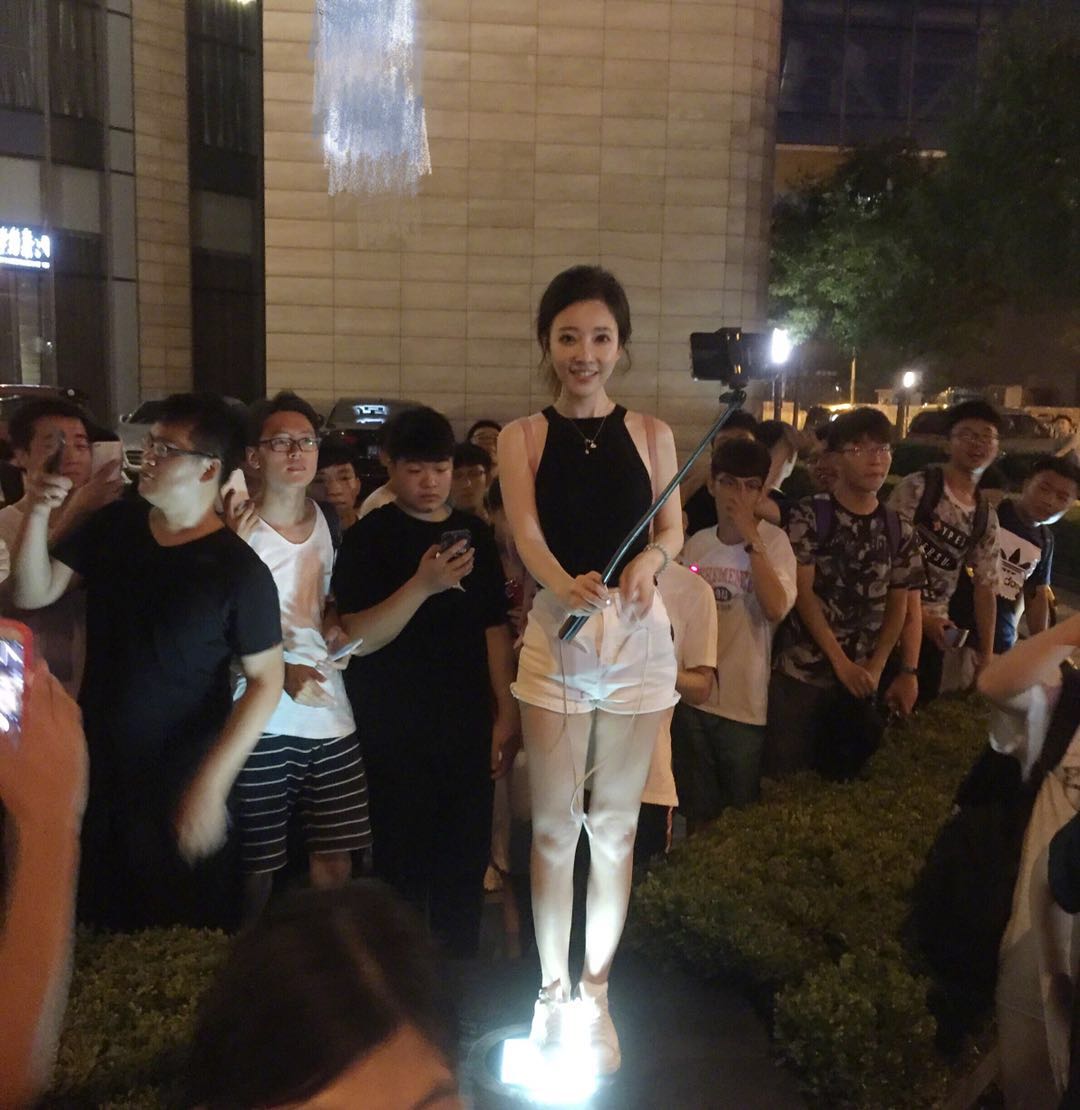 Fengtimo with her fans [Weibo]

Timo is quite small, about 150 cm tall. I must admit that she looks beautiful with her Bvlgari necklace although without the filter on the screen, she is still eye-catching.

Although I see her on a screen everyday, I was still excited to see her in real life. After all, I met one of the most influential figures in China in person. She is very approachable. Right now, there must be lots of fans watching her live stream and buying her gifts trough the platform.

I tried walking towards Timo and told her that I watch her live stream everyday and that I really like her style of singing.  Timo paused the song and give me a sweet smile: “Glad you like it! I will keep singing for my fans.”

Maybe because 90 per cent of her fans are male, Timo looked so happy when a girl showed her admiration.

However, I also remembered a piece of news that had caused widespread concern in China.  A few months ago an accountant embezzled a lot of money about 8.9 million yuan (£1m) to purchase online gifts for Fengtimo through Douyu TV.  After that he attempted suicide and finally turned himself to the police.

Generally, Timo’s work is singing for three or four hours a day, and during that time she will interact with her fans while receiving “gift” from the audience. Those virtual gifts are real cash.

Watching the live stream is free, but fans will be charged by the live-streaming platform with real money if they want to send gifts to Timo. The gifts will be automatically transferred into a virtual currency that can be exchanged for real cash and the profit will be divided by two: one half goes to the platform and another to Timo.

In China, for a streamer who already has a reputation, live streaming platforms will pay a fixed salary to him or her every month. In addition to the signing bonus from Douyu TV, Timo has received a total of two million yuan (£230,000) from her fans in only one month. It seems being an Internet celebrity like Fengtimo, is a very effective way to earn money.

Although some believe the phenomenon of Internet celebrities is just a “flash in the pan”, most experts still think that it’s a new booming business model. The career as a live streamer is short-lived as youth is a big part of it, and audiences rely on the streamers physical appearance to a large extent.

Recently, Fengtimo was invited to China’s leading game show Happy Camp and attended an awards ceremony which was held by Douyu and Sina.

According to CBN Data, a commercial data company affiliated with Alibaba, an Internet celebrity’s economy is set to be worth 58 billion yuan (£6.6bn) in 2016, more than China’s cinema box office in 2015. 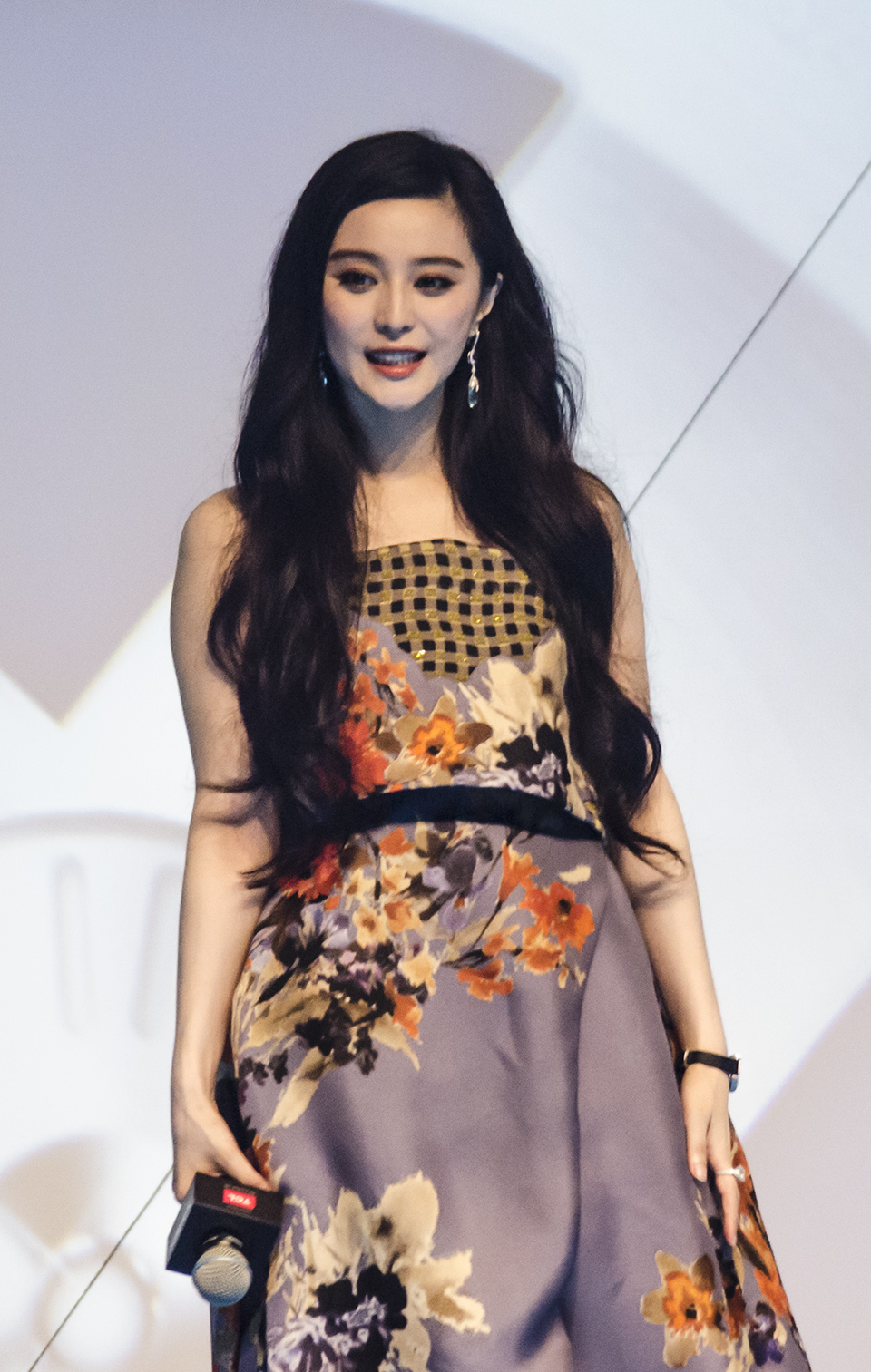 Fan Bingbing at the Southeast Asia Premiere for X-Men: Days of Future Past, 14 May 2014, Singapore by avery ng [Flickr]

Live streamers in China might not earn as much money as film stars like Fan Bingbing. Nor do they have the same reputation as pop singers like Jay Chou, but they do have a larger influence compared to conventional stars.

For the young generations, Wanghong (Internet celebrity in Mandarin) are perceived to be more authentic and less distant compared to conventional celebrities.

So why are people willing to pay live streamers in China?

One of Timo’s fans said: “these anchors are usually pretty, and it’s the nature of men to please these beautiful girls. The talents of those live streamers attract a lot of people, and some people become their fans who are willing to spend money to support their idols. It is like to see a solo concert, and I am willing to pay for her beautiful voice.”

Fengtimo has claimed that to be a live streamer is not a easy job. She has to always cater to the taste of her audience. As a public figure, it is hard to avoid negative comments or views from the people who don’t like her and Timo is trying hard to ignore those that are negative towards her. While she is broadcasting, messages from viewers flash across the screen in real time. Some comments are encouraging, others are not. The hardest part of being a live streamer is mustering the energy to appear cute and happy for hours on end.

Timo also said that sending her money isn’t necessary, and that there are many ways to show her love: follow her on her Sina Weibo account or watch one of her live streams.

Featured image by Fengtimo via Weibo