Homesharing – an alternative to London’s rents

As a student living in London, I can understand exactly what people mean when they say it is an expensive city to live in, paying over £750 a month for rent alone, my monthly outgoings can add up – and student loans just don’t cut it.

Facing a huge debt by the time I finish my degree, and with property prices only likely to rise, it comes as no surprise that it is estimated that only 26 per cent of those categorised as ‘generation renters’, according to research conducted by PWC (PricewaterhouseCoopers), currently aged 20 to 39 will own a house by 2025.

They further state that due to the exponential price rises of houses in London, it will also become a city of renters, and they predict that only 40 per cent of those living in the capital will own their home, with the average age of renters continuing to rise.

According to Homelet rental, the average cost of rent in London in the past year has also increased by 2.3 per cent, with the average being around £665.87 per calendar month (pcm).

So what is the alternative?

Poppy Chloerton, 25-year-old, a recent graduate, knows the struggle of living in London. Due to the nature of her current career as an actress, she says that she needed more affordable rent in London as “some days you may work every day and then not [have] any work for a month”. She is working on a total of three jobs to be able to fund herself.

This is also how she came to be in a rental property with a housemate 57 years older than herself.

“My sister tagged me in a home-sharing Facebook video about a student living with an elderly lady and then I started to research it and came across Novus Homeshare,” Poppy explains.

Novus Homeshare is a registered charity scheme that “matches people who want help or support around the house with people who need accommodation and are willing to help.” As a home sharer, you are required to pledge around ten hours of support a week from companionship to DIY and domestic housework (but not personal care). 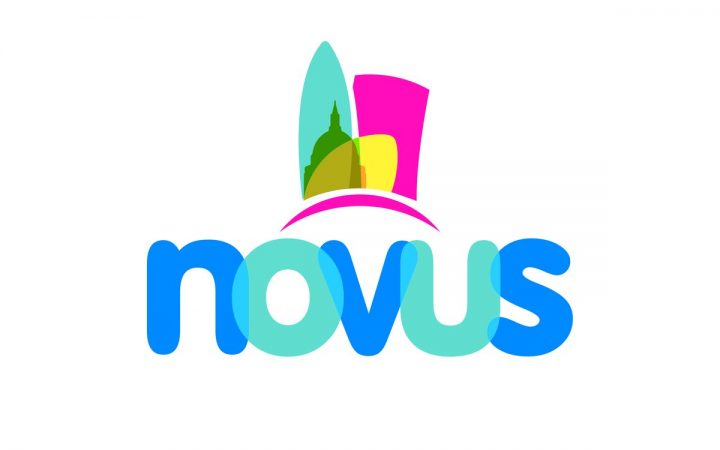 However, to ensure that those seeking accommodation and those looking for support find appropriate matches, a vetting system is put in place in order to find the right person. This includes DBS (criminal record) and background checks, interviews and several references; with the addition of regular monitoring of each match via one phone call a month and a home visit every three months.

A representative for Novus Homeshare told us: “We have a very high success rate with our matches as we have an in-house team who work around the clock to ensure that every match shares something in common and are suitable for each other, in that there is a mutual benefit for both parties.”

They state on their website that the idea of the scheme benefits people in many ways: from promoting better health and well-being for older people, the ability to live independently in their home for longer and peace of mind for family and friends knowing that the homeowner is not living alone.

Over the past few years, Poppy lived near her university with her friends and was paying around £500 a month. “I chose a location in London and Novus exchanged our profiles, we agreed to meet and went from there,” she says.

Now, Poppy spends only £200 pcm on rent – less than half of what she was paying before.

From chatting over tea to watching television and going on short trips together, Poppy and her new housemate get on extremely well. “Living with granny is a lot more peaceful than at university and a lot less mess. The company is lovely and the cost of rent is so low, it’s warm and homely so it’s just right.”

According to a study conducted by researchers at Brigham Young University, loneliness can increase the risk of premature death in the elderly by 30 per cent, which is why this new scheme is promoted by several big charities including AgeUK to reduce this.

“The western world tends to be a bit detached from their parents and grandparents and it’s sad,” Poppy believes. A report by AgeUK found that 12 per cent of over 65s said they never spend time with their family and 49 per cent state that their pet or TV is their main form of company. The charity believes that “socially engaged older people experience less cognitive decline and are less prone to dementia.”

“I always think old people get forgotten and it’s not fair. If I can live somewhere affordable and help keep someone company, as well as being an extra hand around the house, being a person to talk about their worries or just to have tea and chat about Trump together, then what else do you need?”

Having only been living with her 82-year-old housemate for a few weeks, Poppy finds it hard to pinpoint any negatives, stating that the only thing she is very careful about is coming home late at night from work or being with friends to prevent interrupting her flatmate’s sleep. “I have to turn the key in the locks very slowly and creep around on tiptoes.”

Since its launch in 2014, Novus Homeshare has already matched more than 70 successful householders with home shares. It was introduced to the UK after the current system proved its popularity and effectiveness in 14 countries worldwide including the US, Europe, and Australia.

Paul Streets, chief executive of Lloyds Bank Foundation, a partner of Novus Homeshare, says: “Too often we separate generations of old and young. Homeshare brings them together in a really positive way so that the older person can retain their independence and the younger person can have somewhere affordable to live. True symbiosis.”

With that in mind and of course, the soaring rent prices in London, it seems sharing with your new-found grandparent is one step forward towards saving money and keeping in touch with the older generation.