Is Hollywood redefining representation of Asians?

The much-anticipated movie Crazy Rich Asians promised to be a new movement for representation for Asian people in Hollywood. Asian-Americans make up 6% of the US population, but according to a study of University of Southern California (USC) Annenberg, only one out of every 20 speaking roles and just 1% of the lead roles in Hollywood go to Asians.

For years, Hollywood has projected the idea of Asian-Americans being the nerdy character or the sidekick. They are never portrayed as the romantic lead or the superhero of the movie. And the real question is: Why?

According to USC, Asian-American characters made up only 4.8% of speaking characters in Hollywood films last year. In 2017 only four Asian leads made it into the 100 top-grossing films: Kumail Nanjiani in The Big Sick, Jackie Chan in The Foreigner, Ali Fazal in Victoria and Abdul, and Steven Yeun in the animated feature, The Star.

Historically, Hollywood has “bad blood” with Asian-Americans when it comes to representing them, between yellow face and whitewashing it hasn’t always been easy. Looking at a timeline of representation of Asian-Americans in Hollywood, the earliest example was The Good Earth, which was released in 1937 and based on the 1931 Pearl S. Buck novel, where the two lead characters were interpreted by white actors who wore make-up and wigs to appear Asian. 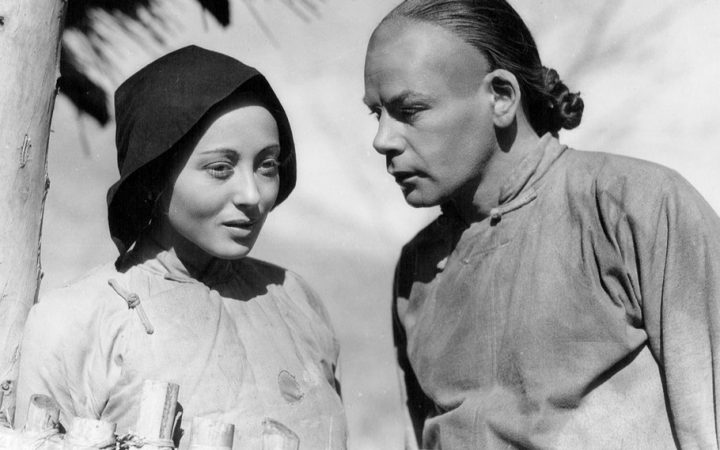 Louise Rainer and Paul Muni in The Good Earth [MGM]

Anna May Wong, a Chinese-American actress who starred in a silent movie in 1920s, expressed her desire to be cast in the movie but was only considered to play the mistress whilst actress Louise Reiner got the role and later won an Oscar for her portrayal of the Chinese woman.

Whitewashing was and still is, to this day, a big debate. Many roles that were intended for Asian characters are played by white actors (which is different from being ‘yellow-face’ as they are not trying to appear Asian), in the movies Short Circuit 2, 21, Aloha, Dragonball: Evolution, Dr. Strange,  to name just a few. Sometimes this criticism reaches the mainstream media, such as Ghost in the Shell (2017), which was adapted from the Japanese manga of the same name, where Scarlett Johansson played Motoko Kusanagi, the Japanese protagonist.

It seems like a bad habit for Hollywood and they can’t seem to help themselves; and even when they do cast an Asian actor for an Asian role, they seem to do so without thinking. This is exactly what happened with the 2005 movie Memoirs of a Geisha, where a Chinese actress played the role of a Japanese character; a really poor choice given the two countries’ history.

MJ Noh, a South Korean shoe designer based in London explained how she doesn’t relate to the Asian characters she saw in western media growing up: “It’s hard to relate to characters when they have completely unrealistic and representation. For me, if I want to watch Asian actors in a movie I can watch films produced in Korea or Japan.”

Growing up, a lot of Asian people didn’t consume western movies or TV shows where Asian-American people were portrayed. Because the reflection sent back to them wasn’t something they were aspiring to be. Most of the time it was degrading or too stereotypical. Often, Noh told us, they will turn to the media of their own country as they are represented in a more culturally accurate way.

The West seems more involved in the debate of whitewashing than the East. A Japanese fan of the movie Ghost in the Shell told the Hollywood Reporter, “would that be okay if she was Asian or Asian-American? Honestly, that would be worse, someone from another Asian country pretending to be Japanese.” Their view was that it is better to have a white character playing Motoko Kusanagi rather than having someone who is not Japanese.

Paying attention to movies where Asians were represented with more culturally accuracy, might have made Hollywood think twice and realise that it is time for a change. A new wave of movies has emerged to counter the “Catch 22” it has created: The audience has no Asian superstars to relate to because Hollywood made the choice that they are not bankable actors. Moreover, there cannot be any bankable Asian actors if there are no opportunities for them to become superstars, with no role opportunities whatsoever. 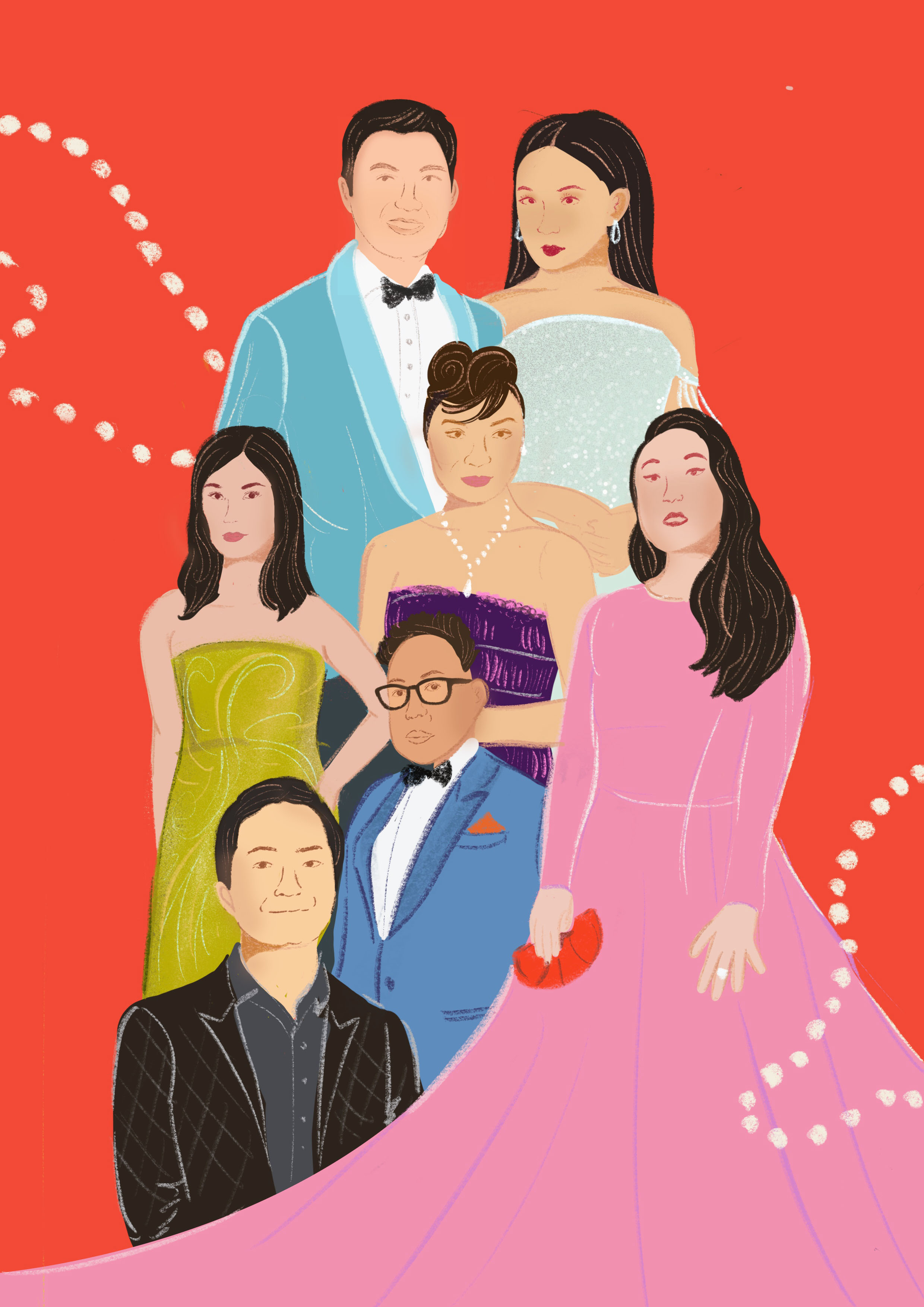 The last movie with an entirely Asian cast was back in 1993, Joy Luck Club and was the last cultural touch for Asian-Americans in the last 25 years. That was until the movie Crazy Rich Asians came along and shook things up.

The movie is the first modern movie with an all-Asian cast, it tells a modern Cinderella love story based on Kevin Kwan’s bestselling book. Rachel Chu (Constance Wu) a professor of economics and game theory at New York University, is flying to Singapore with her boyfriend of two years Nick Young (Henry Golding) to meet his family. The only detail Nick forgot to mention; his family is one of, if not the, richest family in Singapore. Welcome to his crazy rich Asian family.

For many, the movie is synonymous with hope and is seen as a new start for Asian-American actors. The director Jon M. Chu has said its aim with crazy rich Asians is to create a greater movement for representation of Asian-Americans in Hollywood. The challenge was difficult but successfully achieved in some ways.

Nigel Chin, a Malaysian actor and model was an extra on the set of Crazy Rich Asians, sees a shift of change in the industry: “Without a doubt Asians are slowly making a bigger appearance and are represented based on the suited roles/characters they play. That is something to be happy about, similar to Marvel’s Black Panther. If you ask me, it could probably be due to globalisation.”

Chin is like Rachel Chu in the movie – she is referred to as a “banana” a common word used to describe an Asian who cannot speak Chinese (yellow on the outside, white in the inside): “I am not very Chinese myself despite having a mum and dad who were raised within a traditional Chinese family and district. I do not speak Chinese fluently,” he said.

This can also impact the way Asian-Americans see themselves growing up in the West. Sabrina Wei told Artefact that growing up as a Chinese-Canadian, she was in a sense, forced to tone down her ‘Asian side’: “I would not speak Chinese and only speak English. There are a lot of Asians in Toronto, but the ones born there, we would never really speak Chinese to each other, and some don’t even know how to speak it. They would also bully the ones who just came from China and not talk to them because they are not westernised enough.”

Crazy Rich Asians has been criticised because it wasn’t authentically representing all Asians and was mainly about East-Asia and that Singapore wasn’t only about wealth and expensive designer clothes. Perhaps authenticity in such instances means more than just an Asian cast and story, as Tessa Wong argued in an article for BBC News.

Daryl Ho, a Singaporean who is based in London explained that “we are making slow and steady progress with representation, but it’s really all about the context of representation. After all, it is a Hollywood production, so the original source material was adapted in an approach that was accessible for a mass audience. Yes, I can somewhat agree that the movie was a good milestone for Asian-American representation, but it’s by far a poor representation of the racial and social diversity of Singapore.”

According to Datagov, Singapore’s population is 76.2% Chinese, 15% Malay, and 7.4% ethnic Indians, and these three groups make up the majority of the population. However, not every Asian has the same level of wealth as portrayed in the film.

But the point which the people who are criticising the movie, are missing, is the fact that one film can never be the ultimate representation of all Asian or Asian American’s lives. Besides these movies there are noticeable examples which have Asians character as lead characters, such as Korean-American actor John Cho being the first Asian-American actor to play a romantic lead in the TV series Selfie and the lead role in the acclaimed thriller Searching; Jameela Jamil and Manny Jacinto in the Netflix show The Good Place and Sandra Oh in the acclaimed TV thriller Killing Eve, and earlier, Gray’s Anatomy.

“For those who don’t feel seen I hope there is a story you find soon that does represent you. I am rooting for you. We’re not all the same, but we all have the same story.”
— Constance Wu

The 2018 Netflix movie To All the Boys I’ve Loved Before is one example, adapted from the novel of Jenny Han, the movie is a classic teen romance. The story centres around Lara Jean (Lana Condor) who finds herself caught up in a love story after her love letters have been mailed accidentally. What differs from any of the other Netflix teen romance? The protagonist and the main love interest is Asian-American.

Compared to the movie Crazy Rich Asians, To All the Boys I’ve Loved Before has a more subtle approach of the Asian-American representation in Hollywood; they are not trying to create a movement. Lara Jean’s character isn’t only based on the fact she is half Korean. On the contrary, only a few references are made towards her race, such as the supermarket they shop at and the Korean cooking her Dad is making. Lara Jean becomes our regular heroine and not a character dictated by her race.

Jenny Han revealed that almost every film production company that was interested in adapting her book into a movie asked her to turn Lara Jean character into a white one. “I ended up deciding to work with the only production company that agreed the main character would be played by an Asian actress,” Han wrote. “No one else was willing to do it. Still, I was holding my breath all the way up until shooting began because I was scared they would change their minds. They didn’t.”

The evolution is indeed here, Hollywood finally took into consideration the audiences’ desire for diversity. However Hollywood shouldn’t use the success of one movie as a pretext to create more. In an interview for CNN Awkwafina, one of the actresses in Crazy Rich Asians explained: “At the end of the day, the success of this film should not determine whether there should be stories of people of colour.”

Representation, even when it is done correctly, will never be unbiased, there will always be something to criticise or improve. The most important thing to remember is that the representation of Asians will cease to matter when they can interpret lead characters on a regular basis, when stories about them are as diverse as in reality when they can represent just themselves, like white characters.

Daryl Ho explained that there isn’t such a thing as “truthful” representation, so much as respectful representation: “There really isn’t one ‘true’ or ‘authentic’ way to represent a culture; instead of speaking for someone, we should be speaking alongside them instead. Also, giving Asians/Asian-Americans more creative control, funding, resources, and latitude to develop their craft and perform more dynamic roles, instead of portraying the same vanilla archetypes and stereotypes.”