It was halfway into a work event when Aimee Mitchell realised how rife sexual harassment was in her industry, as a drunken man grabbed her by the collar.

“I was inches away from his face when he said: ‘You’re so lucky I’ve got a wife and kid at home, otherwise you’d be mine’,” she said.

It was in that moment, that Mitchell’s supposed professional experience would become an event of sexual harassment. She describes how the conversation some from a “global financial services provider” continued: Having found a packet of stickers, the gentleman had begun to stick them onto Mitchell and her colleague.

Mitchell, who did not want to disclose her real name, works in cyber-security, which is one area of financial services.

Amongst managing candidates for her principal consultants, Mitchell has found herself in an extremely male-dominated industry. Out of 2.2 million people in the cyber-banking industry, two thirds of whom are outside London, only 11% of cyber-security professionals are female.

She agreed to meet us over a soya flat-white in a local coffee shop not too far from her workplace. Dressed in a black and white polka-dot shirt and flares, Mitchell sat down and took off her millennial pink faux fur jacket. To my surprise, Mitchell’s fashion sense was far from what I thought cyber-security professionals would be wearing.

Carrying herself like a true businesswoman, it immediately becomes evident that she hasn’t allowed any frugal attempts of harassment from her male peers get the best of her.

Reminding herself to take a drink from her coffee, she takes a quick sip, smiles and says that she just wants to get her story out. She begins to relate her experience at the work event she attended recently.

“There was always a lot of alcohol at these events, but that still doesn’t change what happened, nor make it acceptable,” says Mitchell as she rolls her eyes.

“There was a very large group of security professionals standing by the entrance of the event location when I arrived. I smiled as I walked in to be polite but, I could feel so many eyes looking me up and down. Feeling slightly uncomfortable, I went inside and found a female colleague from the marketing team,” said Mitchell.

“I could immediately tell that one of [the men] had had a few too many to drink.” Mitchell explained that one of the men standing outside the entrance followed her inside.

Already feeling uncomfortable, Mitchell was shocked when one of the security professionals grabbed her by the collar before making his drunken claim and another man began to sticker the two women. After ignoring their requests to stop, her colleague and Mitchell herself were forced to leave the table.

“As I was getting up and walking away from the table, the gentleman followed us, sticking stickers on our trousers. We went into the female toilets and had to pick stickers off of our bottoms.”

As a result, Mitchell confided in her manager, who now consults her after every event to ensure everything runs smoothly. 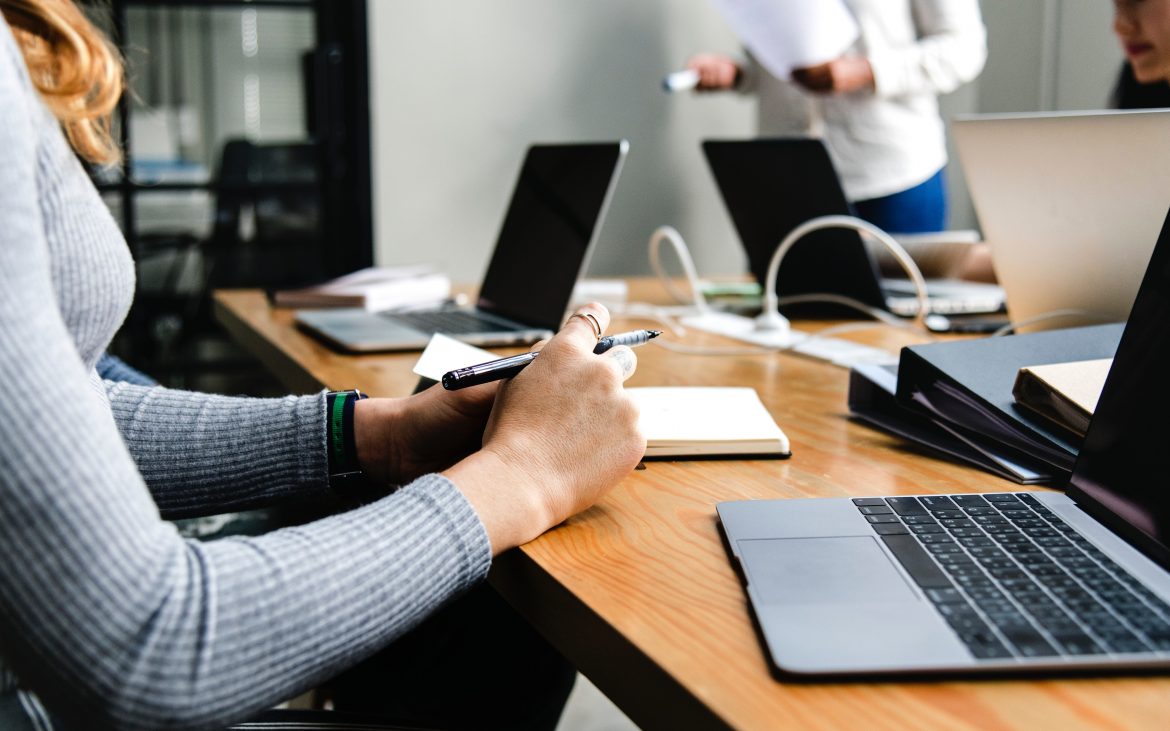 Only 11% of cyber-security professionals are female [Unsplash:rawpixel]

Whilst Mitchell is one of the few to report her harassment, there are still thousands of men and women who don’t.  A report published by The Guardian stated that only around one in five women report their harassment. The infamous question as to why so so few do is because “their outcomes are poor: 80%, according to the TUC report, found that nothing changed; 16% said that the situation worsened afterwards.”

Furthermore, a report published by law firm Slater and Gordon confirmed that “60% of women had experienced inappropriate behaviour and nearly half of respondents had been warned to expect problematic behaviour from a particular person when they arrived.”

Mitchell’s attendance at these events was an opportunity to network with industry professionals, find leads for new business and to try and find candidates.

Previously, the gender imbalance hadn’t personally affected her much whilst working: “I worked hard to prove my worth and gained the respect of my peers,” said Mitchell. “I think it could have been a very different story if my colleagues weren’t as accepting of me, but I was welcomed into the company and felt as if I wasn’t looked upon any differently.”

Mitchell’s sexual harassment story is just one of the many incidents that happen in offices and workplaces around the world.

Jane Frankland, founder of the IN Security Movement, aims to stop sexual harassment in her workforce. Wanting to ensure nothing like this ever happened again, Frankland created a code of conduct, which explains exactly what is meant by “unacceptable behaviour” and which aims to affect real change.

Whilst a distressed look is nowhere to be found on Mitchell’s face, it’s clear to see that the reliving of this scenario isn’t exactly pleasing to her. While she expressed annoyance, she hasn’t been affected by the actions of her male companions.

It’s clear to see that sexual harassment is still a difficult and emotional topic to discuss, especially by those personally affected. However, with the #MeToo movement, more and more people are coming forward with their stories. Hopefully, with Frankland’s new code of conduct reaching workplaces in all industries, no more testimonies will be made.