It’s a Sunday night, family members are at home after eating their roast dinner sat in front of the television. It’s pitch black outside, with the street lights shining onto the puddles in the uneven tarmac.

We anxiously wait in a car parking spot at the back of a community swimming pool; the only noise the ticking of the watch on his left wrist. A car approaches the entrance of the lot, slowly circling around us, flashing their lights, then a text to his phone quickly follows.

This is the life of 22-year-old Lewis* and this is how he makes ends meet. Living in an industrial city in the Midlands, there aren’t many jobs. Commonly, retail or construction is the career path already picked out for you when you are young, following your parent’s footsteps, unless you’re willing to break boundaries and expand to new horizons by moving away.

“I’ve tried construction work a couple years ago, I laboured for [a] building firm, I hated it with a passion, it really wasn’t my calling and retail was never for me either. I feel my personality is much more developed to care for someone, particularly children that suffer from illness. I just manage to click with anyone I talk to, and manage to be comfortable and supportive in any situation I’m in.”

“The more you take on the more risk of getting caught there is.”

Lewis’ home town has suffered from having one of the most severe levels of youth unemployment in the country year after year. In 2015, more than a quarter of people between 16-24 years-old were unemployed, almost twice the national average, according to a study commissioned by accountants EY.

Lewis currently earns an apprentice wage of £3.70 an hour, going up to £3.90 in April 2019. Bringing in approximately £500 a month, whilst trying to contribute board to his parents and paying for his car and its insurance. His outgoings are much greater than his means.

“I take part in sports at the weekend, and often go to the cinema, me and my friends are huge film fanatics, but these come with a cost when going on a semi-regular basis,” Lewis said. If he didn’t go out and socialise he believes his mental health would “deteriorate”, living in an area where there is already not much to do, this helps keep him busy. “What’s the point in living if all you’re doing is working and sleeping” was a stance he greatly stood by.

He also justifies his need for a car, because “otherwise I would have no life outside of my work, it gets me to work, it helps with my family as I drop my mom off at work. Public transport ends up costing hundreds of pounds a month, and often they are delayed,” Lewis tells me.

Working with disabled children, Lewis is occupied five days a week. From the morning, picking them up to take to school in the bus, helping throughout the day and then assisting in dropping them home. “I love what I do, it’s a career I see myself doing in the long term,” he says.

“The pay isn’t great but I’m hoping over the next year or two I can get myself onto a fair paying job in a similar field,” he adds. He works around 34 hours a week and takes home approximately £500 a month, but he knew this was a path he wanted to go down, and if there is a light at the end of the tunnel, it would all be worth it. 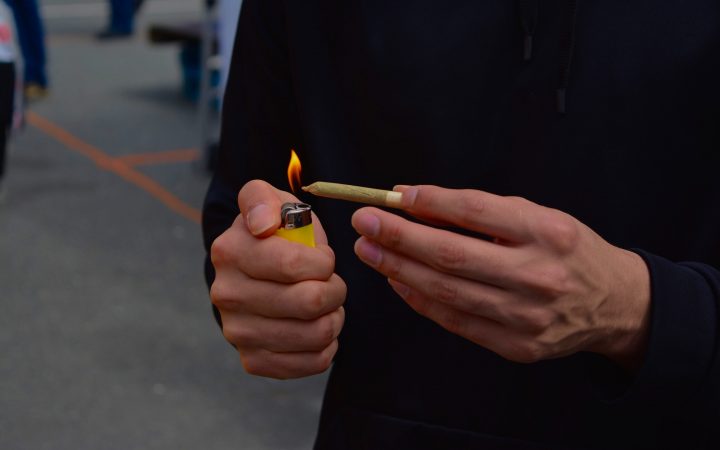 Lewis never had much of an opinion on drugs, there was always a stigma around it, but many people took them. “The first time I tried drugs was when I was a teenager. I was with friends after school listening to music. It wasn’t a bad experience, it relaxed me but I wouldn’t say I loved it,” he says.

The first time he had the thought of selling drugs was when he was with a friend who arranged to meet a ‘client’ whilst Lewis was with him. Curious about whether or not the money from dealing would be enough to live off, Lewis posed some questions. “You can make a lot of money but the more you take on the more risk of getting caught there is. If you’re wanting to get in, I can make a proposition to you,” Lewis’ friend responded.

A few months later, Lewis has regular clients he meets weekly. “I try to keep it on the down-low. I know the risks that come with it, but if I want to be able to afford a car and live a life, these are the risks I’m going to have to take.”

Lewis considered moving away to another city to pursue another career, but not only is he held back by his grades from school, he also wants to remain near to his family and close friends. “I’m not much of an independent person, I enjoy socialising and have built a great network of people around me and that is not something I want to change unless it is my only option to get a better job, but, for now, I’ll have to carry on.”

The apprentice wage was created with the means to pay employees to earn while learning skills. After one year of being an apprentice, employers are required to pay their employees minimum wage which would vary depending on their age. The ongoing debate on the apprentice wage continues to be argued. “Is it fair to pay someone so little to the point they can’t afford to live?” is a question put forward most frequently.

“If I didn’t go down the route of drug dealing, I don’t know where I’d be,” Lewis mumbled whilst trying to navigate the answers in his mind. “I don’t think I could afford to continue training to be a care-worker,” he adds.

“When I get on a fairer wage, I will no longer continue to put my life at risk by selling drugs. I often worry at night, occasionally leading to a panic attack. And there is always a fraction of doubt with every deal I do, but I know why I do it.”

*The names in this article have been changed