A day in the life of a Royal Marine 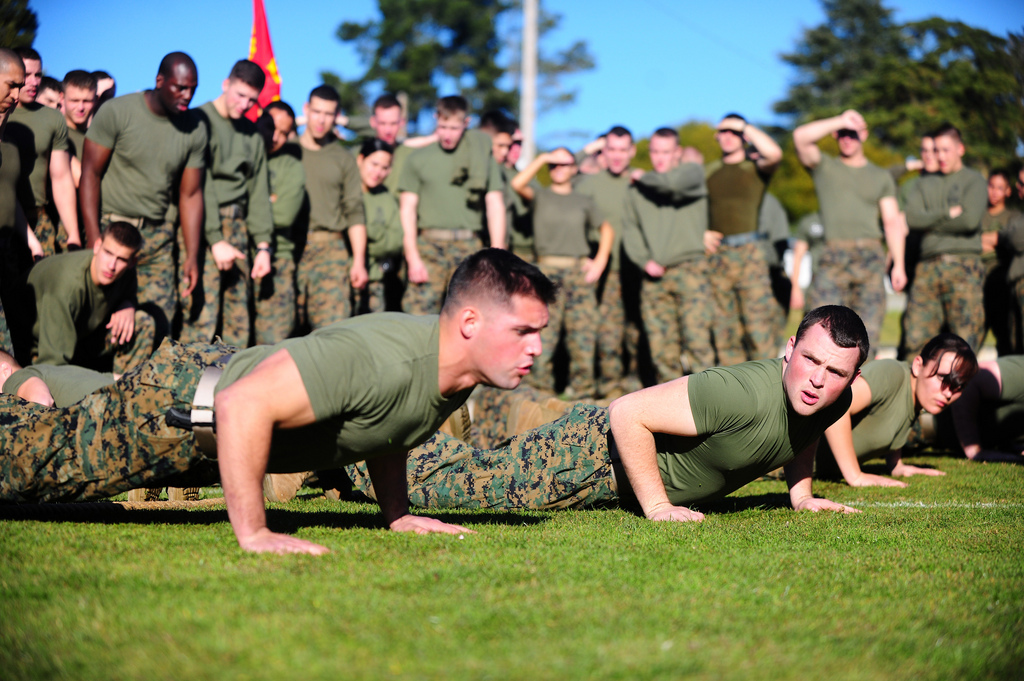 “After day one, your individuality is a thing of the past. Your hair is gone, your name replaced by a number and your life is relocated to the Commando Training Centre for the Royal Marines in Lympstone, Devon. Making it through the 32-week training course and securing the coveted green beret is an unlikely outcome, but one that young men will strive towards for years before the training even begins. However, in a group of sixty men, it’s likely that as few as 10% will see that day.”

A young ex-marine who requested that he remains anonymous told us of the training process and recounts the days that turned into nights, that blurred back into days.

Before the 32-week training process begins, young men and, after the change in law, from late 2018, young women, must go through a rigorous selection process.

“It begins with a psychometric test in Reading,” says the ex-commando. As the first step in a year-long application process, applicants must answer 30 questions in under nine minutes that test your reasoning, verbal ability, numeric competence and mechanical comprehension.

From this, they are moved onto the first interview stage before taking part in a medical and fitness examination and eventually moving onto the final part of the selection process: a three-day long examination programme at the Commando Training Centre for the Royal Marines, or CTCRM in Devon.

This final part of the application: a three-day training course, is the most gruelling of the steps. Hopeful candidates sit together on the train heading towards Devon, aware but apprehensive of what is about to come, the energy is noticeably tense as thoughts of doubt, excitement and determination dart through their minds. On arrival, the men are weaved in and out of lectures and offered glimpses at what could be their home for the coming months in the “relaxed” part of the process.

“The next day is when it gets interesting,” the ex-commando explains. A 5:00am wake-up call, an 8:00am treadmill-based fitness test, followed by drill marching, a quick lunch, and a beep test timed running test; “the easy day” as the source recalled, coaxes the applicants into a false sense of security.

Day three is a different story: “They’re trying to get people to quit, they push you as much as they can until you drop out. They want to zap all of your energy.” They achieve this by placing applicants onto a timed assault course followed by a “confidence test” on the 4.5-metre-high and 30cm wide beam on which they must walk, run, sprint and jump on whilst remaining balanced. 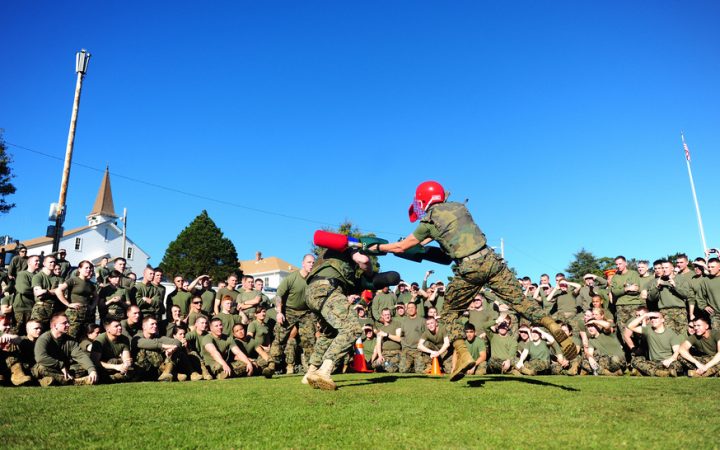 Finally, it is the endurance course, and the first instance where water is introduced in the training, as trainees must pull themselves and their teammates through underwater tunnels. “Though the physical part is gruelling it’s the mind games that break you,” the ex-commando recalls with a far more serious tone to his voice.

“For example, if you’re at the back and struggling to keep up with the others, they’ll pull you further to the back or make you start again. They’ll tell you that you might as well quit and make you believe it.”

Over the course of the three-day trial, it’s likely that only half of the men who walked in will walk out with a place as a commando-in-training. But if they make it through, they’re entering a world of brutality. Or a typical day in the life of a trainee Royal Marine.

Fast forward a few months and the same room that was introduced three months earlier at the three-day long trial, has become their home. Sixty men now swap their family home to live in one room lined wall to wall in beds and adorned in beige lockers, the day-to-day ambience is stiff, cold and uncomfortable.

Framed pictures of men dressed in green and brown, holding foot long riffles and stern looks on their faces stare down at the newest batch of applicants. Days are long and often wet, cold and cruelly painful, and they begin at 4:00am with an ironing of bedsheets so that they meet standards.

The pre-dawn wakeup call is followed by breakfast. “Food is fit for purpose. Not Michelin star but there was lots of it, which we needed” recounts the interviewee. The documentary Commando on the Front Line explores the day to day life of new recruits and claims the men consume 5,000 calories per day to keep up with their energy expenditure. 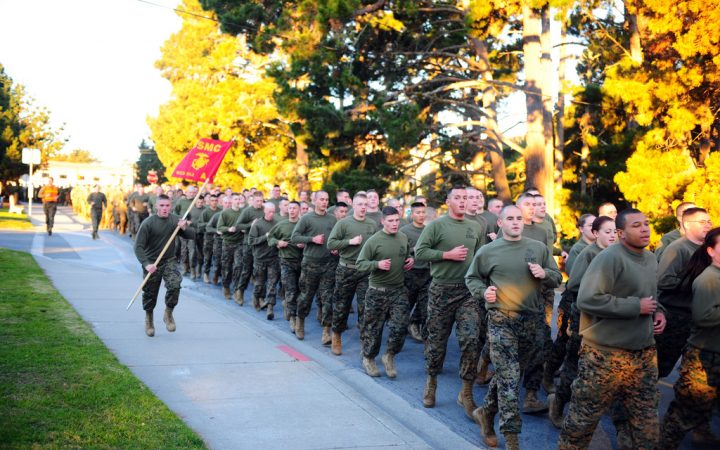 Breakfast is followed by an inspection of their beds, lockers and appearance. The trainees are swept into rows in front of their beds and the officers allocate approximately two minutes per individual inspection.

Two minutes pass and one boy is screamed at for the dust on his shoe. Another two minutes’ escape and the officer is moving further down the line and the threat of being “beasted” as the ex-trainee refers, is drawing closer.

“They’ll flag up things like dust, or any creases in our clothes: all of our clothes had to be folded in an A4 shape, so if they were slightly out, they’d flag that up. Any metal had to be shining and all clothes had to be ironed. If anything was out of place you’d get your whole locker thrown out.” Sometimes aggressive in their approach, sometimes calm, the officers one constant was their unwavering intimating energy.

At this time of day, for the rest of us, the day is yet to begin, but for young trainee commandos, they’ve already been through a plethora of emotions before the sun has come up.

Weapons drills then commence. At first try, the rifles are heavy, foreign objects. Eventually, they can sit as naturally in your arms as a TV remote.

Training continues as hours merge into each other. Assault courses are failed, assault courses are passed. Lectures teach those who manage to stay awake the history of their predecessors. Then you eat, try to get some sleep and do it all over again.

“It’s a game of staying awake. There was a period of time where over three days I got half an hour’s sleep. That’s how they break you, by sleep deprivation. They don’t care about having people drop out.”

And many people do drop out. Of the interviewee’s group, only six of the sixty men when entered into the training course completed it.

This account is validated by Mark Time, author of Going Commando, the 32-week training process is utterly gruelling. He remarked, “think of the hardest thing you could ever do – then double it” in an article for The Telegraph.

As agonising and testing as the process may be there will be highs along the way that seem to rectify the lows, friendships formed that will last a lifetime, and a sense of pride to carry commandos through their darkest days.

A day in the life of a Royal Marine

A day in the life of a Carer