There are 1,226,573 medical professionals working for the NHS in England, according to the most recent statistics released for October 2018.

Throughout 2016, Junior Doctors went on strike due to disputes involving the NHS, unions and the Secretary of State for Health at the time, Jeremy Hunt. This strike also led to a high-profile resignation from Dr Ben White, live on Good Morning Britain.

In February 2019, nurses attempted a strike in the Republic of Ireland over salary issues, before eventually suspending the strike while unions look at recommendations made by the Labour Court.

Annually, many stories arise regarding the medical field, whether it be the treatment of staff, lack of pay or staff shortages. Despite being some of the most integral workers in society, surgeons, nurses and doctors are often under-appreciated by the public.

Artefact has spoken to a range of medical workers on their jobs and work lives within the field, however, due to certain limitations many were unable to comment on certain topics.

Mable, a staff treatment nurse working in a Day Treatment Unit, told us: “I particularly enjoy my job because it’s dynamic. I absolutely love what I do.” Tracey, a senior staff nurse, also had positive things to say about her job, “I really enjoy my job. It’s hard work but it’s rewarding to be part of a patient’s journey.”

We also spoke to Claire Grant, an NHS bank worker, who explains how her job works, “I get to pick where and when I work. I try to get any outpatients shifts I can as I prefer there I find the wards are too hard.”

Speaking to all of these medical professionals, they told of the studies they went through to get their current jobs, showing the hard work that goes into a medical career. “Traditional training is three years for a nursing degree. I did it the long way around but it was an experience that was worth it in the end,” Tracey explains.

Mable states that she went through the ‘traditional’ route, “I became a nurse after three years of training which included both practical and theoretical studies.”

Tracey talked to us about her workplace: “It’s a very busy environment, so there’s a big emphasis on teamwork and communication. I like the acute environment. Patients can be quite unwell but it’s nice to follow patients through from diagnosis, treatment and cure. It’s good to help people.” 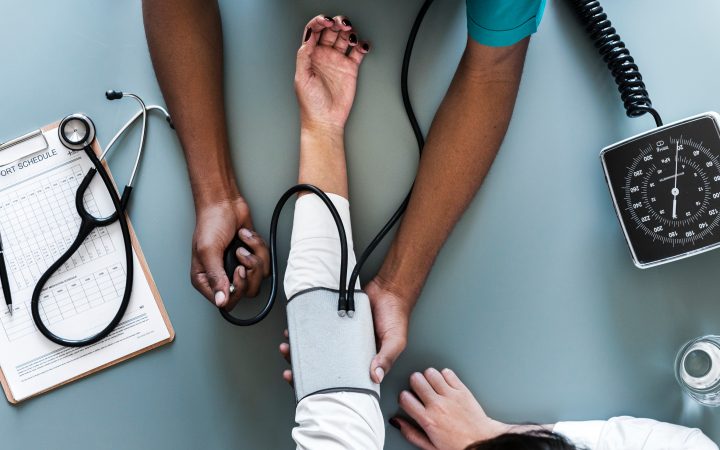 “It was at this point that we realised that they were tears of joy” [Pexels:rawpixel]

Mable explains that the somewhat busy environment leads to longer working days, “a typical day on the unit begins at 7 am to 10 pm. The shifts are 10 hours long over four days.” Tracey states that she works long hours as well, “I normally work 12-hour shifts on the ward, which can be day or night shifts.”

She further details her job and what she has to do during these shifts, “you have a patient handover when you first go in from the previous shift. Then we just do things like medication, making sure patients are safe, helping them with personal hygiene needs and giving them complex treatment, which could be chemotherapy treatments, intravenous medications and blood transfusions.”

Mable told of an emotional event that occurred while she was working at the hospital, a testament to how real and under-appreciated this job can be: “A young woman who had been trying to start a family for over a decade. She’d lost all hope and had accepted that she and her husband will be without a biological child. She came in to have a gall bladder removed and protocol states that every woman of childbearing age undergoes a pregnancy test. One was performed and realised she was pregnant.”

She continued: “She wept so hard we called the husband in who was still in reception. Upon hearing the news he broke down, too. At this point, we were not sure whether these were tears of joy or despair so we gave them privacy for at least half an hour. They politely asked for another test which we gladly did and they even both came to the testing room with me to see for themselves. And there it was. Positive.”

“It was at this point that we realised that they were tears of joy and they were over the moon with the news. Before they left the ward after cancelling the operation, they had informed their entire family who were all elated by the news. We were all so happy with them and for them,” she concluded.

Many medical professionals also come across many issues in their field where improvements need to be made, Tracey has explained one of the main issues she has noticed in the years she’s been working in the field.

“There’s quite a lot of pressure on beds and not enough care providers in the community. If someone needs four days a week care, they’ll struggle to get that outside of the hospital. This keeps patients waiting to be discharged in an acute bed that prevents new patients from coming in. That’s the main issue I encounter.” 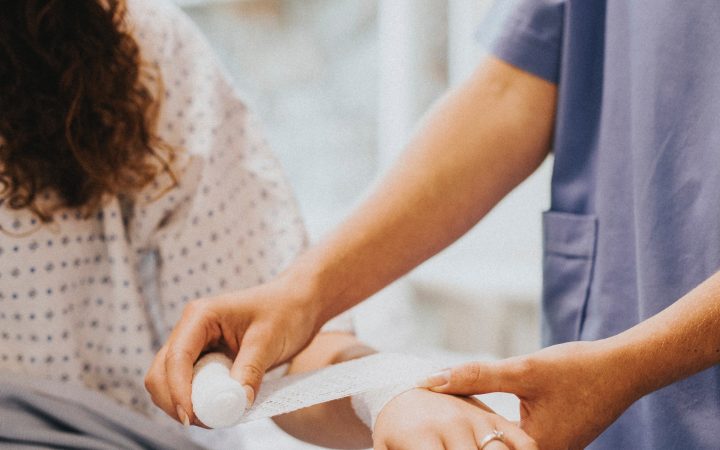 “Being a nurse is a cut above the rest” [Pexels:rawpixel]

Claire clarifies some changes she would like to see happen in the wards. “You can have up to 11 patients and it can be very hard to manage your time in order to do everyone’s cares, their feeds on time and more. I would personally make visiting time more flexible so families can be there more.” Claire’s improvement simply states that by expanding opening times and having more families there, it can take a lot of the stress and workload off of the nurses who can then concentrate on other patients who need care.

Looking back at the strikes, a common theme has been salary issues. Mable talks of this issue in her final statement, in which she explains the one thing she wishes would change about her job.

“I just hope that one big change in terms of better wages will come into effect. If salaries stay as they are, I don’t see myself retiring as a nurse because the family’s financial demands vs the wages do not equate. I’d hate to raise children who are under the bread line when I have such a rewarding career. I hope this aspect of nursing is soon rectified because honestly, being a nurse is a cut above the rest.”