Cannabis is for stoners.

At least it was, fifty years ago. The sixties and seventies might have been a crucial time for spiritual connections, but they definitely didn’t help the backlash that the hemp plant faced when trying to make a new break into mainstream production. The stigma behind cannabis and the failure to educate the public on the differences between cannabis, marijuana and hemp, have meant that the plant is only now starting to get the recognition that it deserves.

With mass-production killing the environment through deforestation and overflowing landfills, could this fifteen-foot (4.5m) plant be the answer to our problems? Taking as little as 100 days to grow, the misunderstood ‘herb’ could cure the disease of human interference if we stop associating it with its pot-headed relative and use it to replace the materials that are eating our world into depletion. 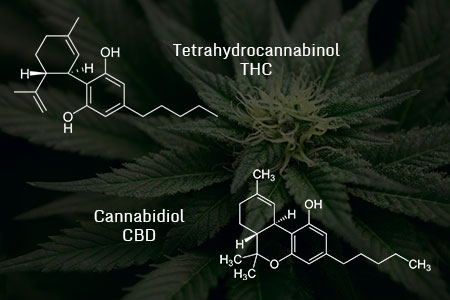 Hemp can be used as a raw material to make a range of useful products, such as paper, plastic, clothing, and even ‘hempcrete’, a sustainable solution to construction. The first pair of Levi jeans were made with hemp. In fact, hemp can be used to replace so many materials, including wood, plastic and cotton, and it can be used in a wide spectrum of products ranging from cosmetics to snowboards. If these are just some of the ways we can incorporate hemp into our lives, why is it not being used more widely, or even on an  industrial scale?

Hemp cellulose fibre – which is used to make paper – is produced to be more durable, sustainable, and cheaper than wood cellulose fibre. Back in the 1930s, William Randolph Hearst, founder of Hearst Communications, which today owns publications including Harper’s Bazaar, Marie Claire, Good Housekeeping and Men’s Health, had investments in the wood industry to try and keep the cost of paper for his newspapers low. Hemp fibre was making it harder to produce his paper cheaply, and that’s when he started running sensationalist pieces lobbying against farming the hemp plant. 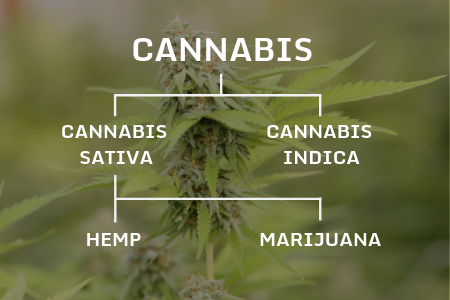 Writing on the History of Journalism blog, Mark Herbert says that Hearst lobbying against hemp was “one of the first references to marijuana as a drug,” saying that this drug “was a dark tool used by ‘Negroes, Hispanics, and entertainers’ and that the plant forced them into a blood craze in which it would be perfectly normal for a black man to rape a white woman and kill her whole family without thinking twice.”

Herbert reveals how this created strain on the authorities: “The pressure got so high on the government from Hearst’s own readers, writing in to protect them from this killer drug,” that the government gradually placed bans on the production and possession of cannabis.

Obviously, we know the power of the press and media influences today, but back then this smear campaign worked so well that hemp is still frowned upon, despite its multiple uses. While Hearst lacked scientific credibility with the pieces that he ran about hemp, it was the lack of education from his readers that meant he was believed. 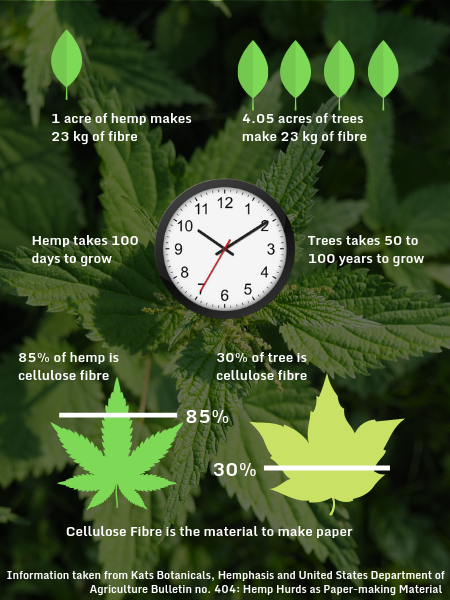 Hemp and marijuana both come from the sub-species cannabis sativa, although hemp is described as marijuana’s sober cousin, a non-drug variant of the plant.

Cannabis sativa can be bred to produce more levels of THC, the drug called marijuana. THC, or tetrahydrocannabinol, is the constituent in the plant that gets you high if smoked or eaten. It’s also the compound that has given all forms of cannabis a bad reputation.

Cannabis sativa also can be bred to produce less than 0.2% THC content, and produce more fibre, meaning that it can’t be used recreationally. This is hemp and it has lots of uses. CBD oil is one of the trends expanding our views on the usage of cannabis, a product that’s being used to reduce inflammation on the body, including clearing the skin, reducing stress and inducing sleep, without the effects of getting high, due the low THC content.

But industrial hemp, used for making physical materials like rope, clothing and concrete, has actually been proven to be better for the environment than the materials it can replace.

Think about it: a world in which plastic is biodegradable, where deforestation doesn’t exist, where your clothes aren’t doused in insecticides. Now imagine a world where these are all possible but, for some reason, are not talked about or widely accessible? The latter is the world that we’re living in.

Mark Taylor from CBDOiled, gave us more information about the potential benefits of the hemp plant. We all know that it can be smoked, used in skin care, or as an alternative to any cooking oil, but do you know that hemp was planted around Chernobyl’s nuclear disaster site to pull toxins from the soil?

Mark said that this process, called phyto-remediation, “can be used to remove nuclear elements, and to clean up metals, pesticides, solvents, crude oil, and other toxins from landfills. Hemp breaks down pollutants and stabilises metal contaminants by acting as a filter. Hemp is proving to be one of the best phyto-remediative plants found.”

Is hemp better for the environment, or does it affect the quality of the end product? Plastic, a product that’s become the latest target for environmentalists and anyone with a thought for the environment, is usually made from natural gasses or oil. “Plastics made from hemp are non-toxic and biodegradable. [These plastics] could reduce landfill waste,” Mark told Artefact.

We all know that the plastic that is so mass-produced today can take up to 1000 years to start decomposing. Surely this means that plastics derived from hemp plants should be the new norm?

Many people struggle with what to wear. What fabric to wear, that is. We can’t wear fur or leather because both involve dead animals. Polyester and nylon, both made from the hated plastic, is harsh on the environment. And cotton uses more insecticides than it does cotton. However “hemp is extremely disease and pesticide resistant and uses approximately 50% less pesticides per kilo of product produced,” said Mark.

Not only is hemp fabric classed as one of the strongest natural fibres in the plant kingdom, it’s also better for the environment, using less water than cotton to be produced: “It takes approximately 5,000 litres of water to produce enough cotton to make a single T-shirt and a pair of jeans versus 300 to 500 litres of water to grow enough hemp to manufacture the same items.”

Hemp can be grown in the UK, but there is some serious legislation around it. However with more consumers switching to hemp products, the supply will grow with the demand of this world-saving, little plant.