Isaiah Hamilton, better known by his stage name, Isaiah Dreads, is not your typical British rapper.

He has never cut his hair, except for trimming the sides of his head occasionally to be able to wear his favourite hats. He is also a die-hard fan of the Back to the Future trilogy, which, he swears, he could watch on repeat.

Unlike the majority of UK rap artists, the 21-year-old is not from London. He was born and raised in Dorchester, a picturesque market town in the South West of England, known to some for having been home to writer Thomas Hardy.

Isaiah’s outstanding lyrical talent and genre-defiant sound set him apart from the rest of the rap industry, projecting him into the exclusive circle of British music’s “next big things”.

Having all eyes on him is something that Isaiah has had to cope with since he was 15-years-old, when he performed at festivals as prestigious as Glastonbury and Wireless. However, the Dorset native swears that he never once felt the pressure of being dubbed a child prodigy; on the contrary, early fame prompted him to dive into music and to work towards his goals harder than ever.

Since recording his first song at the age of nine, Isaiah has received unconditional support from his mother, Amanda, whom he credits as having a big role in everything he has achieved so far.

Amanda herself appears in the video for I Don’t Wanna, the first track of the rapper’s latest project, No Ego, which was released on September 13.

The video, which Isaiah co-directed, was shot in Dorchester. “My favourite places are in there: my house, the music store where I used to buy my equipment as a teenager and Maiden Castle, which is a really old place I go to when I want to have fun by myself,” he explains. “The places that we shot might not be the most recognisable but they’re the most meaningful to me.”

The bond tying Isaiah to his hometown and its people is the backbone of No Ego, and when asked about what growing up in Dorchester was like, Isaiah has no hesitation: “I couldn’t have asked for anywhere nicer to grow up, I love it here.”

Although coming from the countryside may be considered a drawback, especially given the “London-centrism” of the British rap industry, Isaiah thinks differently: “Not many rappers have experienced the same things I have. That’s part of the reason why the topics I bring into my music are different and refreshing in a way.”

Likewise, the thought that his “colouring outside the lines” might have already gained him the label of outsider does not seem to bother him in the slightest: “I don’t mind being a lone wolf: it’s a good thing,” he says confidently. 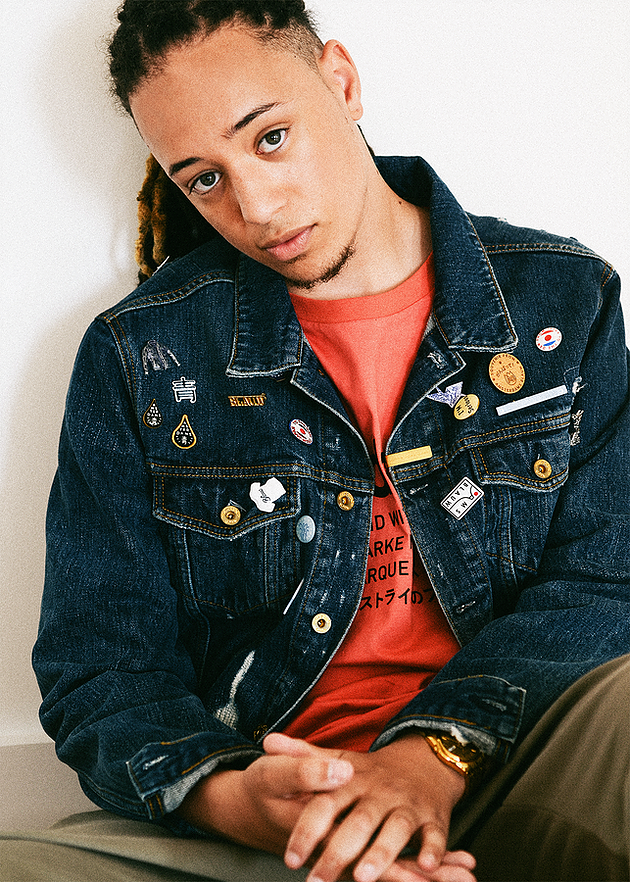 Isaiah started rapping at the age of six after his older brother played him some of his favourite grime songs.

Isaiah’s latest EP is the quintessential embodiment of his singularity as an artist. Through a sound that pulls away from the fast tempo of his 2018 Back to the Future mixtape and defiantly interlaces lo-fi, hip-hop, R&B and funk, No Ego is a 19-minute-long guided tour of Isaiah’s psyche.

Throughout six tracks, the artist bares his soul to the listener in a way that very few rappers have done before as he paints a vivid self-portrait, where his thoughts, feelings, flaws and virtues are shown unfiltered.

“With this project, I really wanted people to know me better as a person, which is something I had never done before. I really wanted to put myself into the EP and that is why, for the first time in my career, I’ve also produced some of the songs.”

In his latest work, Isaiah stripped his music of the confidence and self-congratulatory tone that had marked his previous works, hence the title No Ego, and courageously unveiled some of the most intimate sides of his personality to the public.

Three of the leitmotifs stretching across the entire project include misplaced trust, lack of love, and depression. In Clouds, the fourth track of the EP, Isaiah raps the following verses over a poignant piano:

I’m too jealous and I get attached
I show love and most times I don’t get it back
So numb ‘cause I put my trust in the wrong ones
But I got a heart of gold that’ll take me far in the long run.

The sorrow caused by broken trust and one-sided love is there, laid across four verses of crystal-clear candour and only partially soothed by the rapper’s good nature, which he believes will take him further than his peers.

When asked if those bars were inspired by a particular life event, Isaiah hesitates for a couple of seconds, then says: “I’ll just say that sometimes I can believe things when I really shouldn’t believe them, especially in relationships.”

Although he might not yet be ready to discuss those relationships publicly, Isaiah is inclined to open up about his struggle with depression. No Ego‘s final track, Still Alive, is a heart-rending autobiographical tale of restlessness, mental breakdowns and medical prescriptions.

“It’s the most important song I’ve ever written,” Isaiah says. “I made this song after coming out of a period where I was really down and didn’t want to make music anymore. I had put a lot into my work and I really didn’t feel happy.”

At the root of the rapper’s depression was his troublesome relationship with social media. “The problem for me is that I go on social media like Instagram and find it so easy to compare myself and what I’m doing with other people. For example, others might be doing crazy stuff on Instagram and I kind of think ‘Why am I doing this? Why can’t I do that instead?’”

Going back to Dorchester after living in London (he moved to the capital in 2017) played a major role in Isaiah’s recovery:

Saddest when I’m not home, you know I will not lie,

he raps on Info, stressing how important being close to his loved ones and to the places of his childhood is for his well-being. 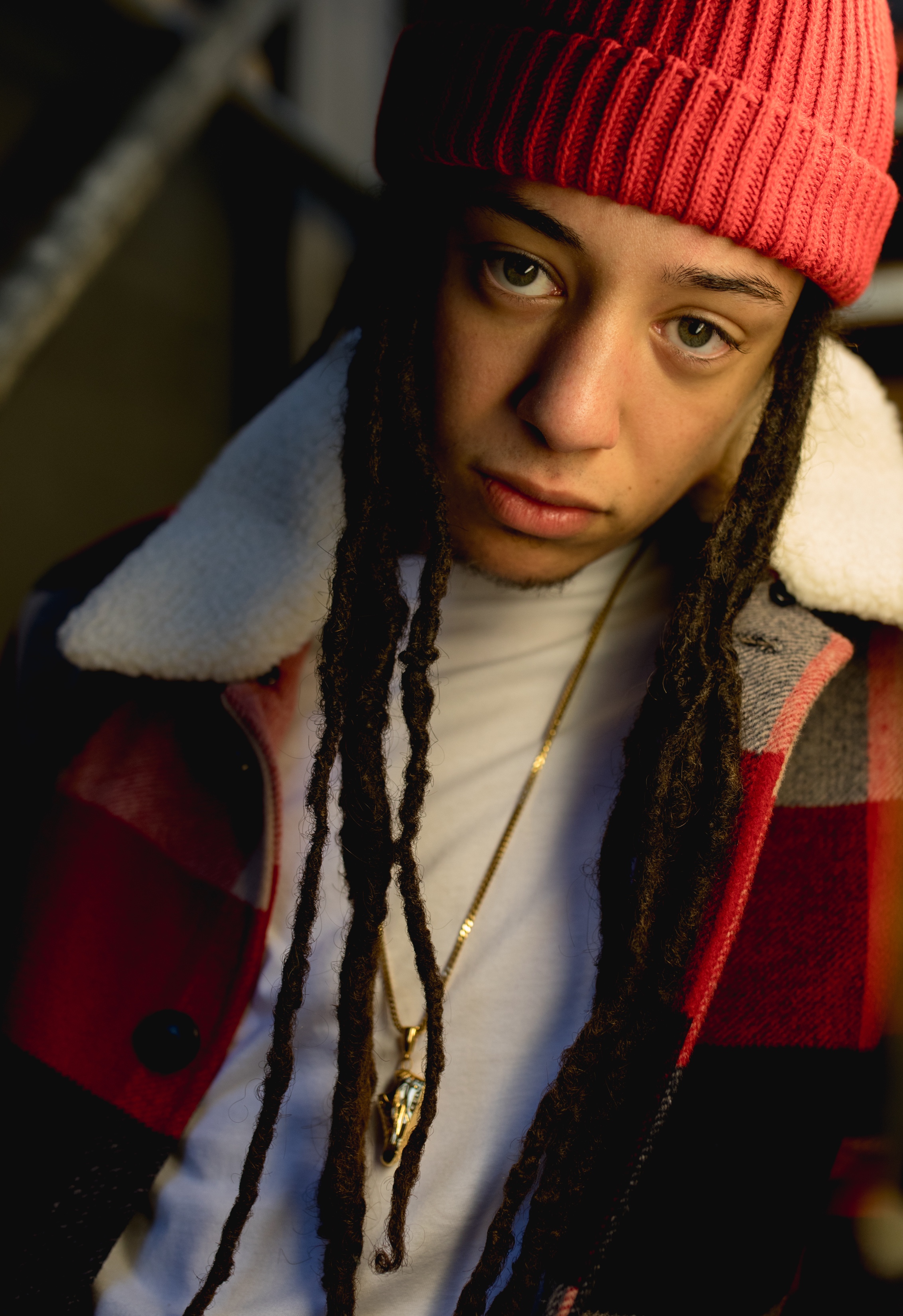 Isaiah claims Mac Miller’s The Divine Feminine and Kanye West’s The College Dropout were his biggest inspirations when producing No Ego.

“I’m so thankful I come from a place like this. Sometimes, when I’m not in a good place mentally I just go for a long walk on Maiden Castle (an Iron Age hill fort south of Dorchester) and, when I’m up there and I look out, it is so beautiful that it puts everything into perspective. It just makes you realise that it’s all good.”

In a project so heavily introspective, there is little room for upbeat tunes, Get Some being the only track breaking the down-tempo, self-reflective aura of the EP. With its funky vibe and heavy bass line, the song (courtesy of producers Z-Dot and Krunchie) is one of those irresistible tunes listeners cannot help but bob their heads to.

In the track he takes shots at fellow rappers for selling their integrity in return for “diamonds and gold” and finds the time to contemplate his future:

It’s like I don’t want much when I’m 75
Gimme a house in the sun, big, the balcony type.

Whatever his long-term plans might be, at the moment Isaiah seems to be focused on one thing only:

First, I’ve gotta put the south west on the map,

he raps on Get Some, and judging by the reception No Ego has received so far (the second track of the EP, 2am, has just hit 100,000 streams on Spotify), he is not far from accomplishing that.

All images courtesy of Isaiah Hamilton.